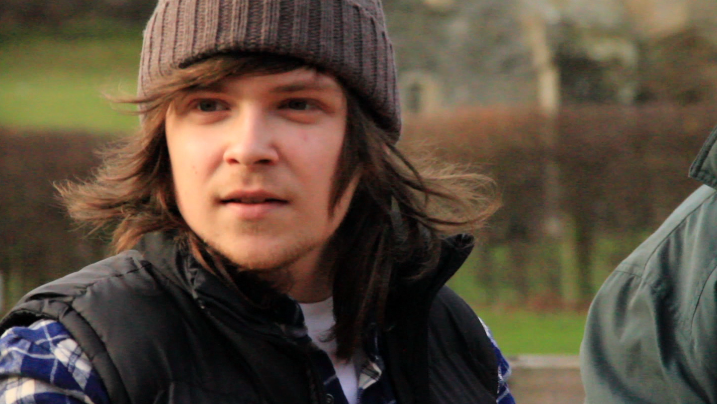 * Young chef Joe Clifford is heading for the States.

A young chef is aiming to take a bite out of the Big Apple by showing a foodie film shot in Llangollen.


Joe Clifford, who once worked at the Corn Mill in the town, is a film-maker as well as a cook.
One of his films is shortly to be screened at the New York City Film Festival and also at a similar event in Chicago.
Joe, who lives in St Martin’s, said: “I’m a past student at Yale  College and graduate of The University for the Creative Arts , (UCA)  in Surrey.  I grew up in the area, and attended Maelor School, Penley.
“I am a film maker and a chef - passionate about both - and one of my films has just been confirmed for screening at both the New York City Food Film Festival at the end of October,  which I will be attending, and the Chicago Food Film Festival in late November.


“The film, which I have called simply Food, Family & Friends, was shot in the beautiful surroundings of Valle Crucis Abbey, just outside Llangollen.
“It's a short film which brings together those three vital concepts. The ingredients were all sourced locally -  lamb from Lewis’s Farm shop near the Plassey, Eyton, and home grown vegetables - producing a delectable lamb and pea stew,  over an open fire, washed down with a seasonally sweet spiced cider from Rosies  at Llandegla.”


Joe added: “I have been a chef for a number of years at various establishments around the Wrexham area, from  the Corn Mill in Llangollen  to The Tyn Y Capel, Minera.


“I have a real passion for locally sourced, seasonal food and find the produce from around Wrexham and the surrounding areas second to none.


“I am currently trying to set up a North Wales based online food channel and there is plenty more in the pipeline.”
Posted by llanblogger at 7:01 AM