Remembering a World War One soldier 100 years on 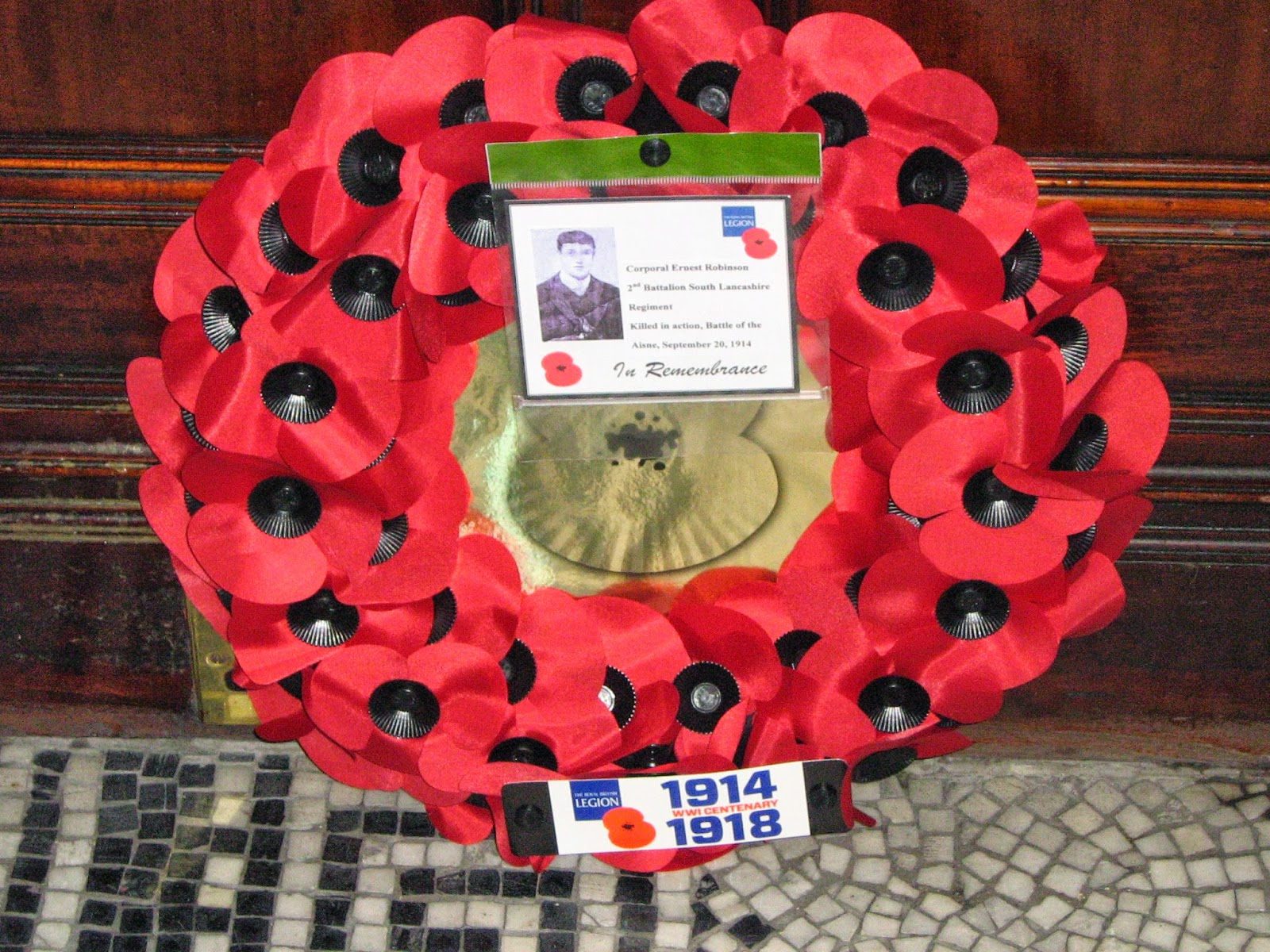 * The poppy wreath laid at the foot of the remembrance plaques in Liverpool's Hall of Remembrance.

I recently went over to Liverpool to complete my own small piece of First Word War remembrance.


Just a few days after the war broke out on August 4, 1914, my grandfather sailed for France with the British Expeditionary Force.
Less than six weeks later he had been killed in action at the age of just 26, leaving behind two young children and third on the way – my late father – who, of course, he never met.


Last Saturday, September 20, was the precise 100th anniversary of his death during the Battle of the Aisne and I was determined to mark the occasion in some way.
Although I know exactly where is grave is located – a small Commonwealth War Graves Cemetery not far from where he fell in the rolling countryside of the Chemin des Dames – and have been there twice, I couldn’t make the journey back there for various reasons. 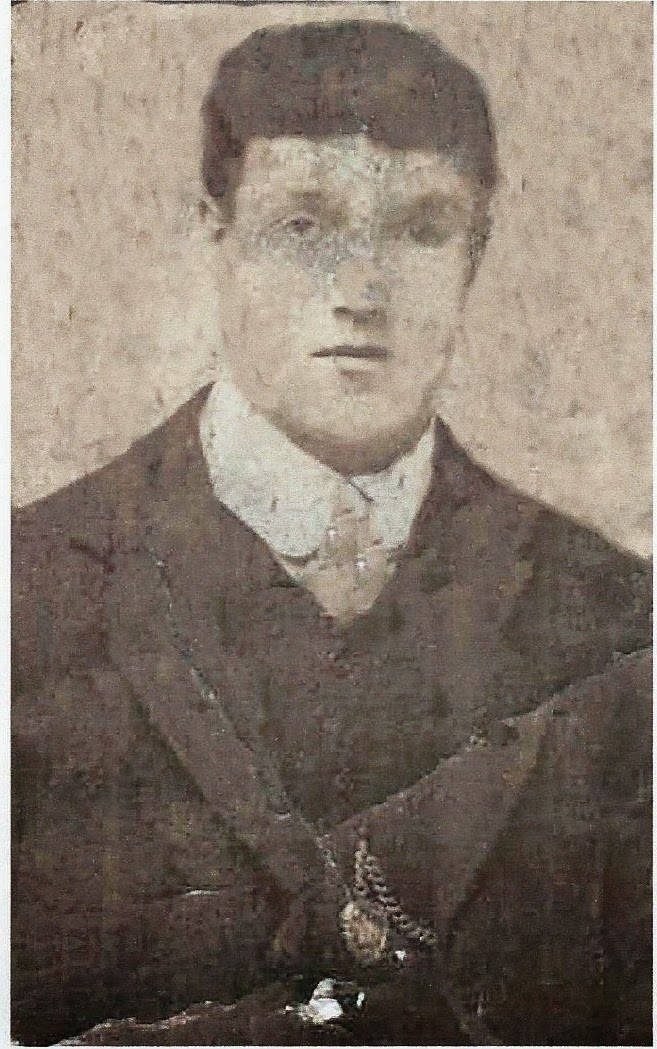 So my search began for a suitable place to lay a poppy wreath to commemorate the centenary of his death.

I began in Widnes, where my grandfather, Corporal Ernest Robinson of the 2nd Battalion South Lancashire Regiment (pictured left) , was born in 1888. But after getting in touch with various churches over there to see if his name appeared on their war memorials I drew a blank.


I then tried churches in the Liverpool 8 area where he moved after marrying my grandmother in 1908 and lived until he marched off to war in 1914. But all attempts to find his name on their war memorials or rolls of honour proved again proved fruitless.
I was about to give up my quest when I had a flash of inspiration that he might just be mentioned in the Hall of Remembrance at Liverpool Town Hall, opened by the Prince of Wales in 1921, not long after the war ended, and details of which I found on the net.


After weeks of trying unsuccessfully to locate him I could hardly believe my luck when a search of those named in the hall on the town hall website revealed what I was looking for. There was my grandfather’s name on plaque 45.
Next step was to check if I would be able to go over to see his name for myself and lay my poppy wreath in his memory nearby. 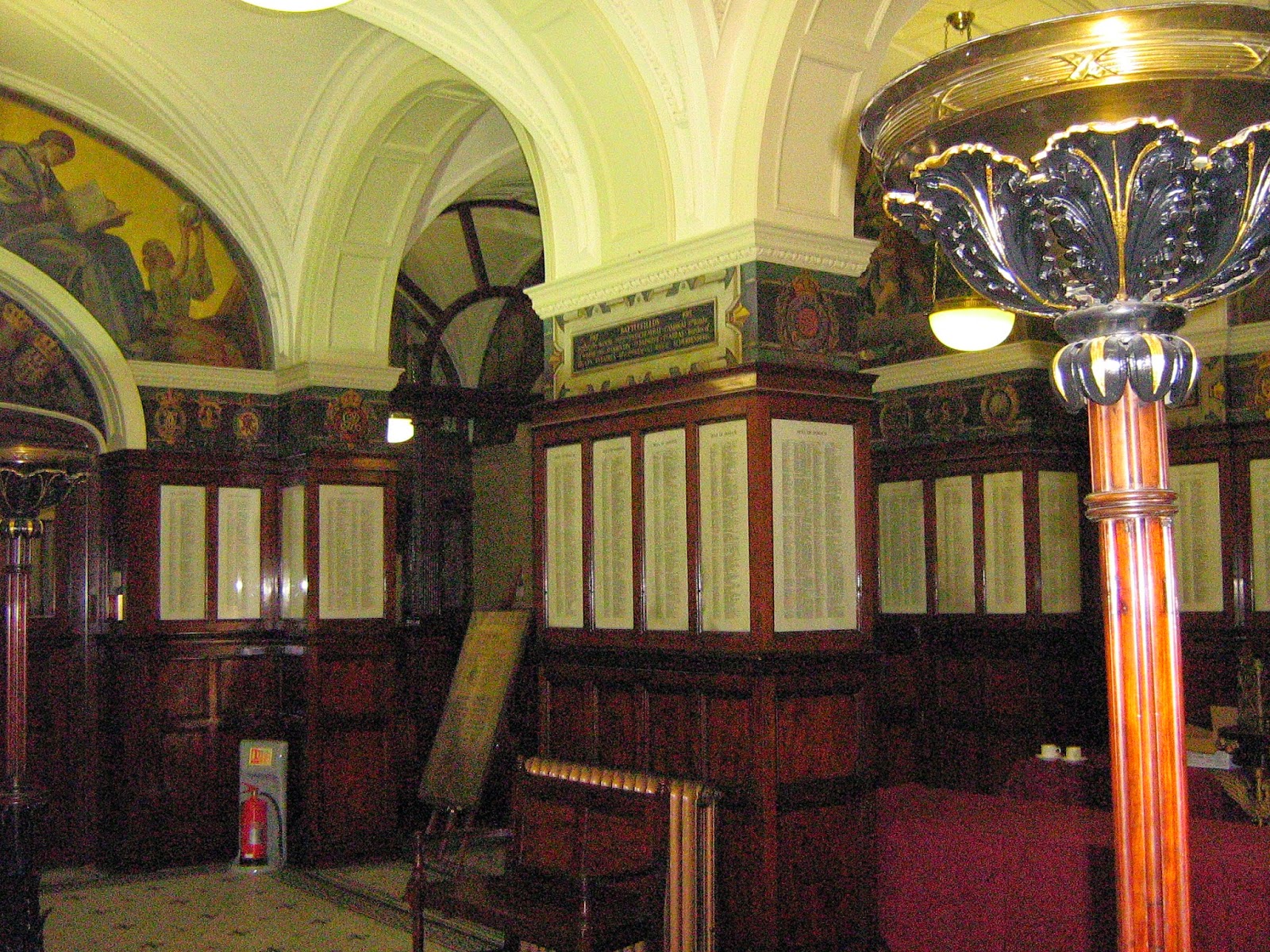 
I envisaged a problem as September 20 was a Saturday, when the town hall is closed, but a quick email enquiry brought a welcome response – although the building is indeed shut on Saturdays, there was a wedding on there that particular day and one of the staff would be on hand for half an hour from 12noon to let me into the remembrance hall.
With my poppy wreath in hand – bought via the internet from the Royal British Legion – I went over to Liverpool and paid my homage to Corporal Robinson 100 years to the day he gave his life for King and country.
Posted by llanblogger at 7:11 AM