A sixth form student is encouraging more young people to take an interest in politics after spending a week on work experience with Clwyd South Assembly Member Ken Skates.

Seventeen-year-old Bethan Phillips, who is head girl at Ysgol Dinas Bran, earned her stint in the Labour AM’s constituency office in Llangollen after winning the 2014 Euroscola Competition, which asked -16 to 18-year-olds at schools across Flintshire and Denbighshire to write an essay on what the EU should make its priority this year. 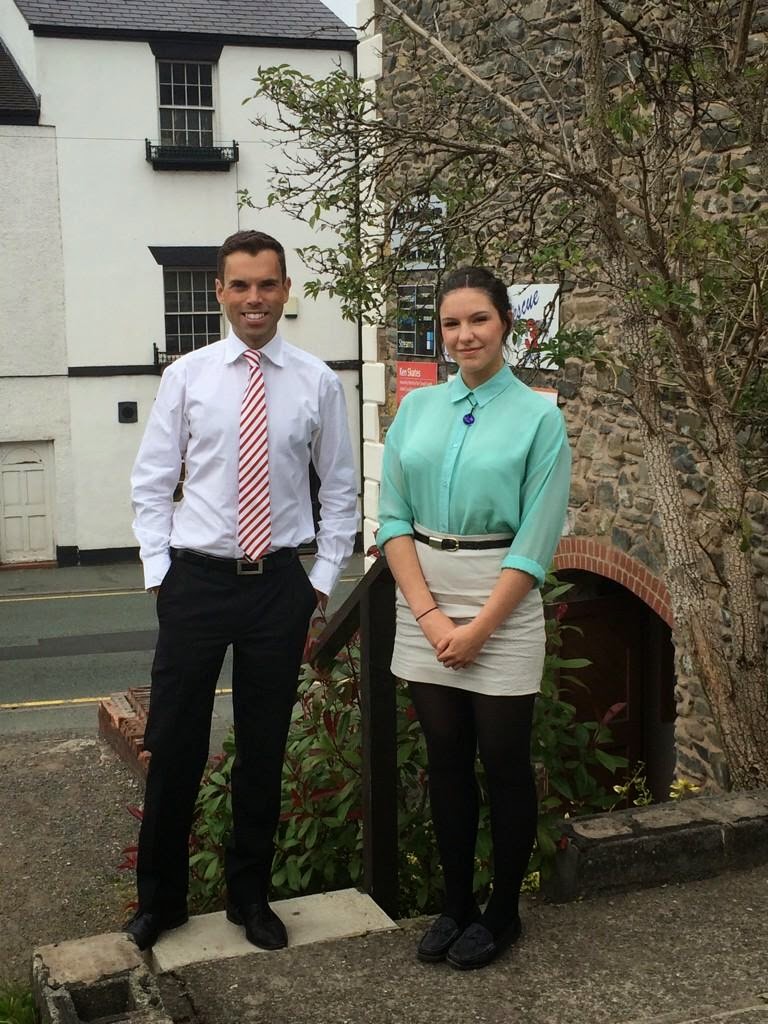 As well as a trip to the European Parliament in Strasbourg with fellow Dinas Bran students Alice Gonzales, Joanna Stallard and Samantha Viney, Bethan was offered a placement with Mr Skates, during which her work included research and writing press releases.

Bethan (pictured right with Ken Skates) said: “My work experience with Ken allowed me to put myself in the shoes of a politician and enabled me to focus on certain elements of politics in more detail, for example the potential effects of the Scottish independence vote.

“The week has opened my eyes a little wider to the world of politics, particularly in Wales, and has encouraged me to think more about the effect that politics has upon every part of our society. As I will be turning 18 this month, I am now looking forward to being able to vote in the upcoming General Election even more.

“Having had a taste for it, I am now more inclined to combine my love of languages with the exciting political scene. I would also like to see Welsh politics becoming a more prominent topic among young people, and the thought of it being ‘boring’ replaced by an understanding of the importance it has for our community.”

Mr Skates said: “It was great having Bethan in the office helping us out, and I’m pleased she has taken something away with her and become even more interested in politics. I wish her the best of luck for her studies and would be delighted to have her back any time.”

He added: “I always enjoy having enthusiastic young people on work experience, so if there are any other sixth form or college students who are interested then feel free to email me at ken.skates@wales.gov.uk and we’ll do our best to sort something out.”
Posted by llanblogger at 6:29 AM