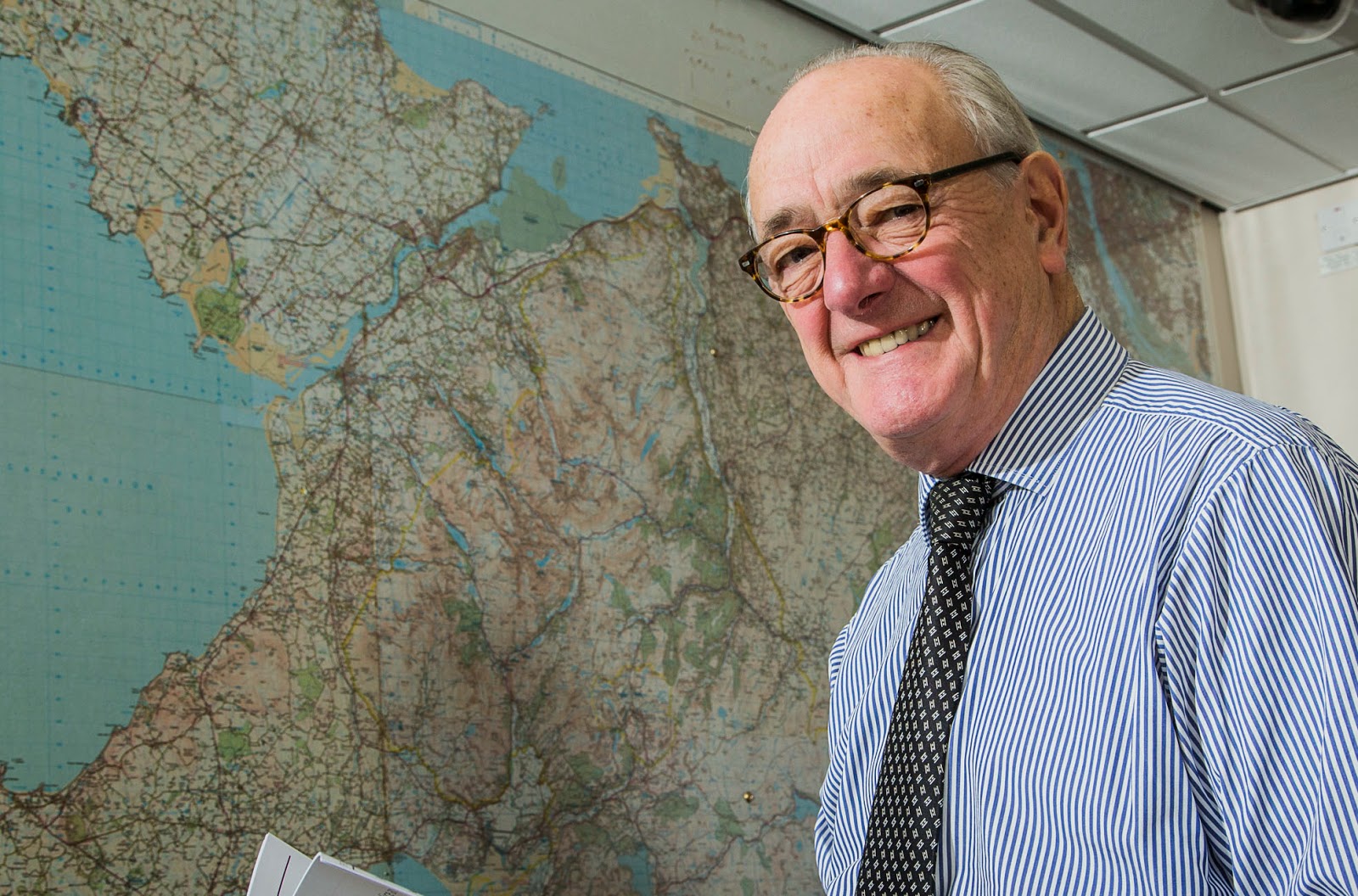 A POLICE boss has launched his own awards scheme to honour the unsung crime fighting heroes of the community in the first initiative of its kind.

North Wales Police and Crime Commissioner Winston Roddick CB QC and is inviting the public to help him choose one of the key winners of his new Community Awards.

The aim is to officially recognise people who help police to keep their neighbourhood or town a peaceful and safe place to live and work and who help in rehabilitating offenders..

The key accolade he will be handing out at the presentation evening next month in front of police and civic leaders is the People’s Award whose winner will be chosen from among those nominated directly by the public of North Wales.

For this award the Commissioner wants the public of North Wales to put forward the names of worthy candidates - individuals or groups who have made a major impact on cutting crime, keeping people safe or rehabilitating offenders.

Mr Roddick, who in his time has served as a police officer, a barrister and a judge, said he became convinced of the need for launching his Community Awards, which have a total of 11 categories, after seeing the great number of people in the community across North Wales who – often silently – and in partnership with their local police, work to reduce crime and its effects.

He said: “Since I became Police and Crime Commissioner for North Wales in November 2012 I have been across the length and breadth of the area meeting with people, both individuals and groups, to discuss policing and crime issues.

It has become clear to me that there are a great number of people who do a lot of good in the community by helping North Wales Police to keep North Wales a peaceful and safe place to live and work and by helping offenders rehabilitate.

“These silent workers go way beyond anybody else to make a contribution and ensure their communities are safe. The rehabilitation of offenders also reduces crime and the tendency to commit crime.

“In the overwhelming number of cases, this a personal commitment made without expectation of any kind of reward or recognition. .

“ Having seen the value of their work, I decided that in my role as Police and Crime Commissioner, working for the people, I should devise a way of showing appreciation for all the hard work and achievements of these special people.

“With that object in mind, I have established these community-based awards.

“Their purpose is public recognition of these unsung heroes and their aim is to encourage others to emulate their good example.

“I believe I am the first Police and Crime Commissioner in England and Wales to institute such awards, so North Wales is very much leading the way with this initiative and I intend to make it an annual event.”

The Commissioner added: “One of the awards I have established this year is called the People’s Award.
“This will go to an individual or group who have made an impact in helping to keep people safe and/or to reduce crime.

“This contribution may impact the whole area, a local town, neighbourhood or even street, but it will have made a difference to the people living and working there.

“It could be someone who is working to bring communities together to reduce crime and anti-social behaviour, or is working with people to deter and reduce offending.

“While I will select most of the award recipients myself in consultation with my office, the People’s Award is special in that it is the only one which will be nominated directly by the public.

“I am therefore asking for the assistance of the people of North Wales to help me select a suitable candidate for this particular award.

“If you know someone in your community who has gone that extra mile to prevent or reduce crime, protect and support members of the community or generally helped to make North Wales a safer place to live and work, please nominate them for the People’s Award.

The Community Awards, sponsored by Police Mutual, will be handed over to recipients by the Commissioner, watched by their families and a large invited audience including the Chief Constable of North Wales, Mark Polin, Members of Parliament, Assembly Members and the High Sheriff of Clwyd, David Meredith Jones, at a presentation evening in the Kinmel Manor Hotel in Abergele on
Thursday, October 23.

Apart from the People’s Award, other 10 awards to be presented are:

* Safer Community Award in recognition of an individual, community group or organisation that has made a significant contribution towards enhancing safety in public places.

* Partnership Award for organisations which have successfully worked in partnership with others to help community safety.

* Reducing Harm Award for an individual, community group or organisation who have made efforts to prevent and tackle serious crime and/or provide support to victims of serious crime.

* Rehabilitation Award for a voluntary, social or private enterprise that works with former offenders or those at risk of offending to help them break the offending cycle, or an individual who has shown strength and determination to turn their life around, to move away from offending and contribute to society in a positive way.

* Third Sector Award for a community or voluntary group who have contributed towards personal safety and crime reduction or who have made a significant impact in helping victims of crime.

* Equality and Diversity Award for a person or group who have supported the equality agenda and made an impact on hate crime. This is aimed at someone who has embraced community engagement to reduce tensions in communities and reduce fear of crime.

* Welsh Language Service Award for an organisation who, through the medium of Welsh, provide comprehensive victim services and/or other community services that help to reduce crime.

* Young Person of the Year Award for a young person under the age of 25 who has made a difference in their family and/or community, for example by working with the police or overcoming some adversity, contributing to awareness raising around crime prevention, public safety etc.

* Individual Endeavour Award for an individual whose endeavour and achievements towards helping prevent crime, supporting the police, helping victims, volunteering or other work stand out.

* The Police and Crime Commissioner’s Gold Award, a special award, available to a group or individual for long term contribution to public life and community, working in North Wales helping to prevent crime and support communities.

The closing date for the Community Awards is October 6 and for more information go to www.northwales-pcc.gov.uk
Posted by llanblogger at 6:58 AM