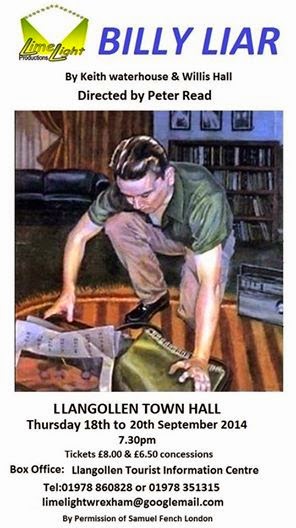 Directed by professional local poet, author and actor Peter Read, the theatre company are building up a good following and a strong reputation for their high quality productions in the Llangollen area.

So far they have wowed local audiences with their staging of Godspell,  Musicals In The LimeLight, Festive Follies, Dixie or Me (written and directed by Peter Read), and Dylan’s Final Journey (also written and performed by Peter).

They have staged a powerful version of Victorian melodrama Jekyll & Hyde.

The company has two musicals planned for 2015. 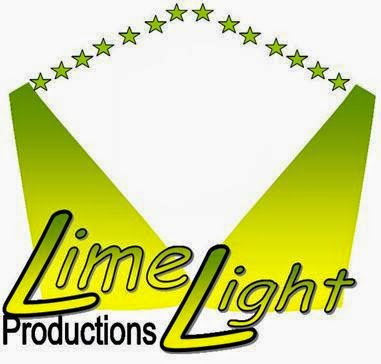 One of them is the ever-popular Fiddler on the Roof, which will be shown at The Town Hall and also The Stiwt Theatre in Rhos.

LimeLight will also be holding an open evening  at their headquarters in the new Acton Community Resource Centre, Wrexham on September 23 for anyone  interested in being part of these, plus Limelight's other plays and concerts planned for 2015 which will be announced on the evening.

All newcomers will have a warm welcome and an enjoyable evening, says a company spokesman.

The part of Billy is to be played by professional actor Joseph John Scatley, who has appeared on TV as Will Cardle in Doctors, CBBC show Living It,  Midsomer Murders and a few Shakespeare productions at The Globe Theatre London.

Billy Liar was written originally by Keith as a novel.  A year later he collaborated with Willis Hall to adapt it for the stage. After its premiere in 1960 it has become one of those plays everyone has heard of, but not everyone has seen.

Waterhouse’s play is both gritty and humorous.

It tells the story of Billy, who tries to escape from the predictability of his own life by living in a make believe world.

Part of his fantasy involves stating that his best friend’s mother is expecting a child, his father has lost a leg, and that a shopkeeper, who is very much alive and is seen by Billy’s mother every Tuesday, is dead.

The mayhem spreads to his personal life and at one stage he has two girl friends on the go at the same time, both of whom think they are engaged to Billy. Only possessing one ring, the deception is a great challenge to him and timing becomes all important.

Billy Liar can be seen at Llangollen Town Hall from Thursday 18th to Saturday 20th September,  at 7.30pm.