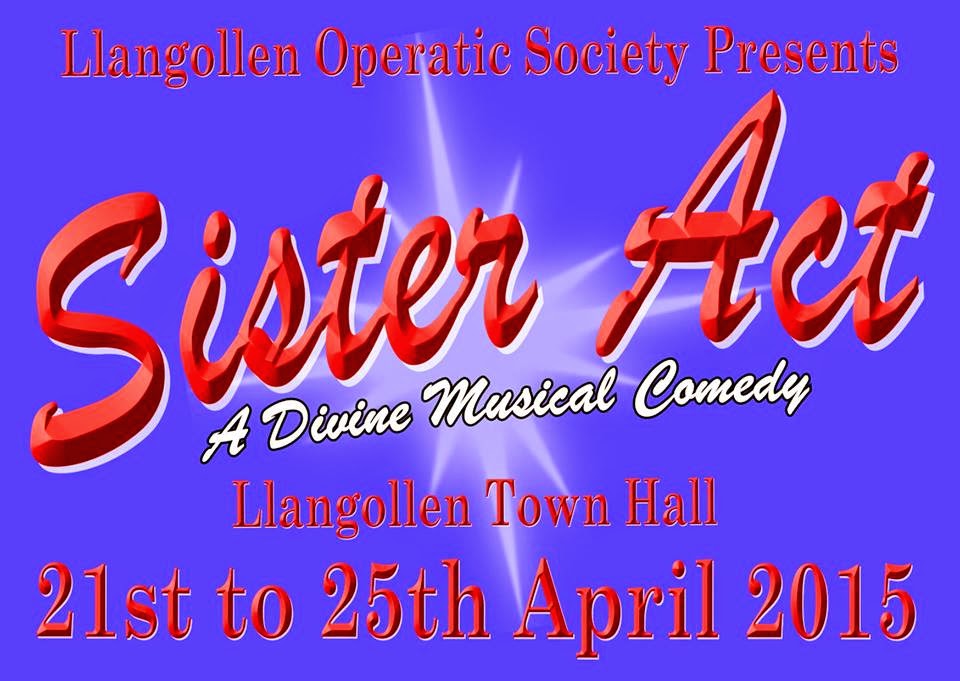 LLANGOLLEN Operatic will be amongst the first amateur societies in the UK to perform Sister Act, the stage musical based on the hit film starring Whoopi Goldberg, next year.


Producer Tracey Rawlinson said: “We have been granted one of the recently released licences to put on the show, which means we’ll be one of the first to do it – and we can’t wait to bring it to the stage at Llangollen Town Hall from Tuesday-Saturday, April 21-25 2015.
“Before then we are holding open auditions for the show at the Hand Hotel in Llangollen on Sunday, October 12, from 10am, and everyone is welcome.


“We’re assembling a strong cast of about 30, which means there are plenty of opportunities for characterful chorus members as well as the main parts of nuns, gangsters and American cops.”
Amongst the principal roles up for grabs are:

Curtis -  a gangster who is hunting Deloris down

Mother Superior – who has a hard exterior but a warm heart

The show features some real toe-tapping numbers including Take Me to Heaven, Raise Your Voice and Spread The Love Around.


Producer Tracey added:  “Audition day will comprise of registration to begin with then workshop-style introductions to parts and music followed by specific cast auditions throughout the day.


“The idea is for everyone to relax and mingle, have coffee, grab lunch and get to know one another.


“I’m keen to make people aware that this is not just a show for ladies dressed as nuns – there’s lots of things for the men to do too.


“We are a very friendly group and we’re looking for lots of new members to have fun with this great show.”
·        For more information, contact Tracey on 07875 639533, or email traceyrawlinson@btinternet.com.
Posted by llanblogger at 6:44 AM