The traditional opening parade for Llangollen International Musical Eisteddfod was held yesterday (Tuesday) afternoon when thousands of cheering onlookers watched it travel from the field, through the town and back again.

The parade was led by Eisteddfod President Terry Waite who was aboard a vintage dray wagon loaned for the occasion by Llangollen Brewery.

Also in the parade, along with colourful contingents representing the countries appearing and competing in the festival, were the Mayor and Mayoress, Bob and Margaret Lube, who were carried in a 1926 Vauxhall supplied by Llangollen Motor Museum. 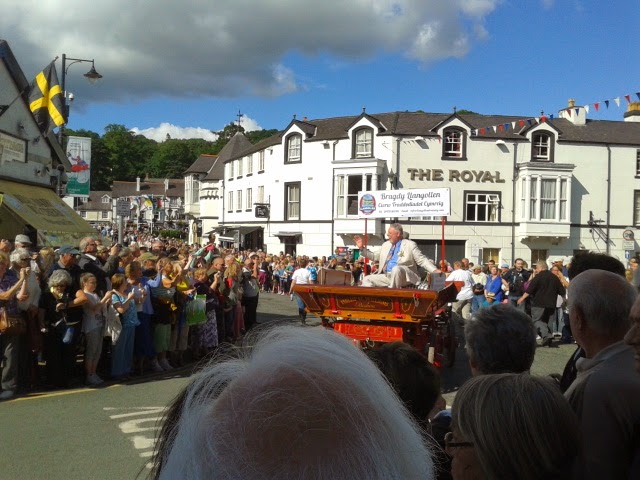 * Eisteddfod President Terry Waite greets the crowds from the back of a Lllangollen Brewery dray. 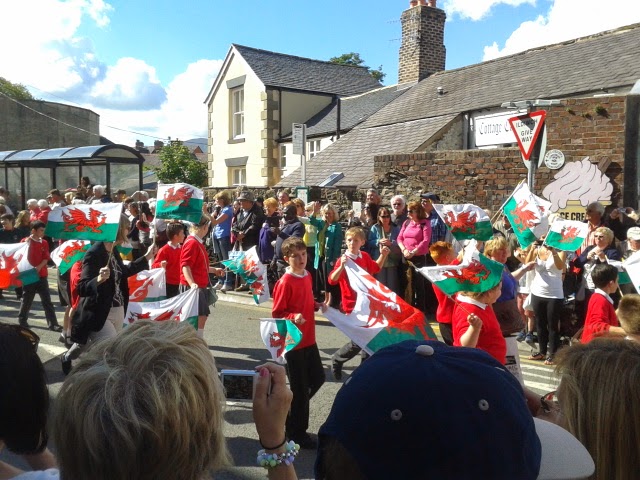 * A school contingent passes by. 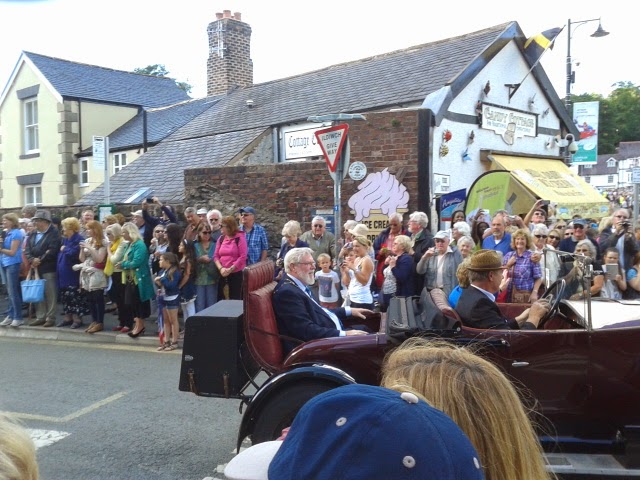 * Mayor and Mayoress Bob and Maragert Lube aboard a 1926 Vauxhall car.
Posted by llanblogger at 7:09 AM