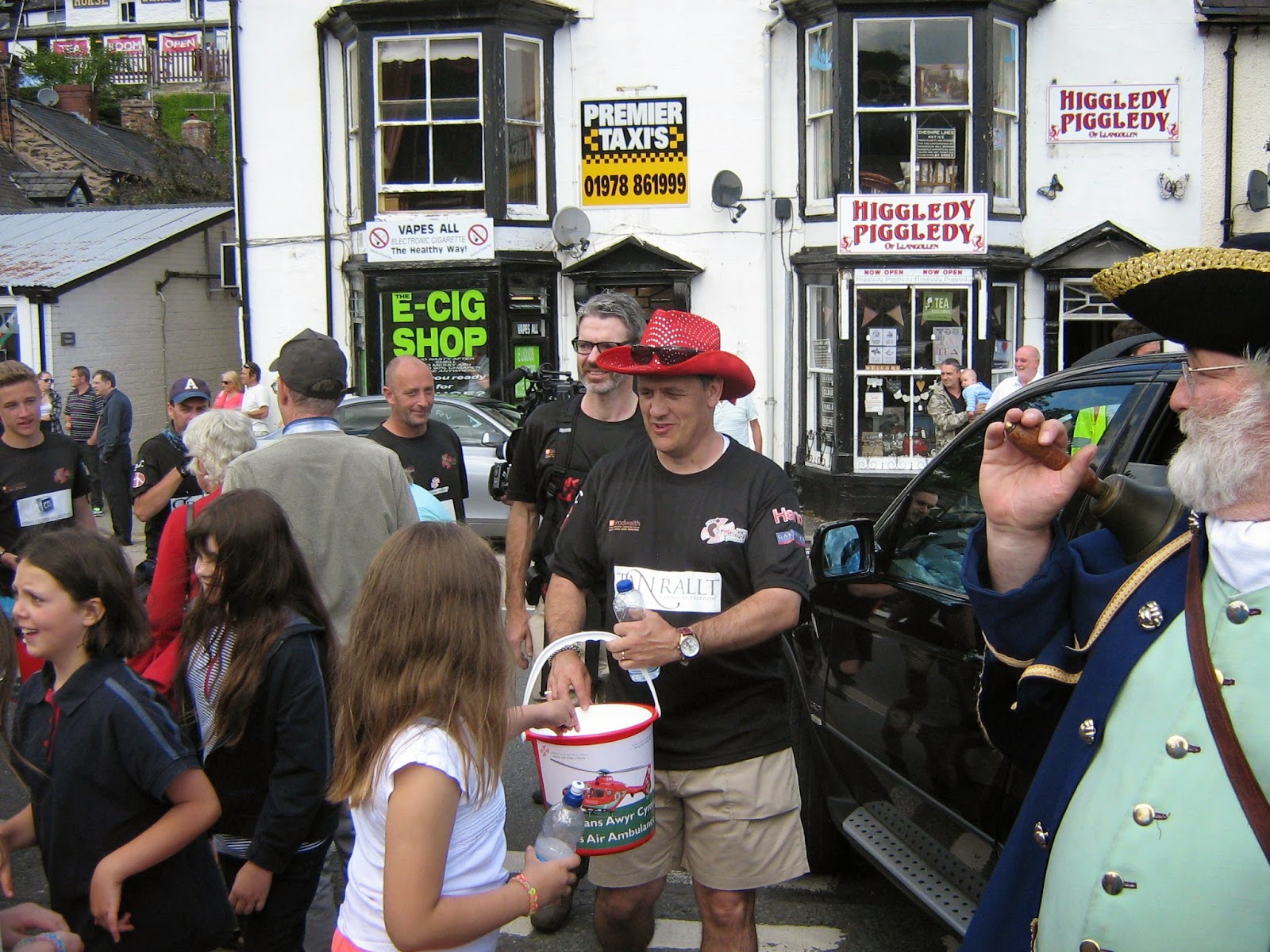 *   Rhys Meirion accepts a donation as he arrives on Llangollen Bridge to be greeted by town crier Austin Chemenais, right 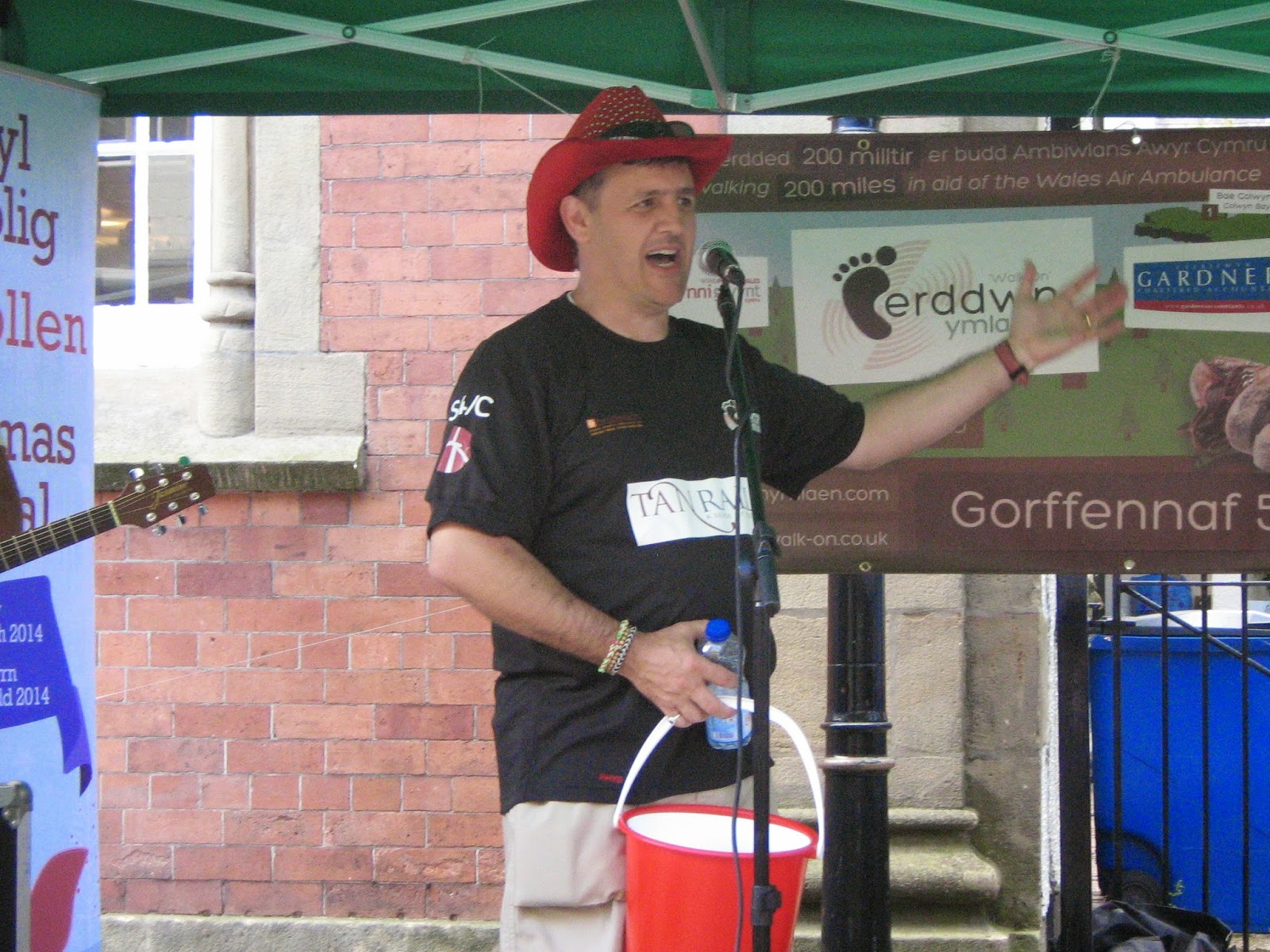 *   Rhys addresses the crowd in front of the Town Hall. 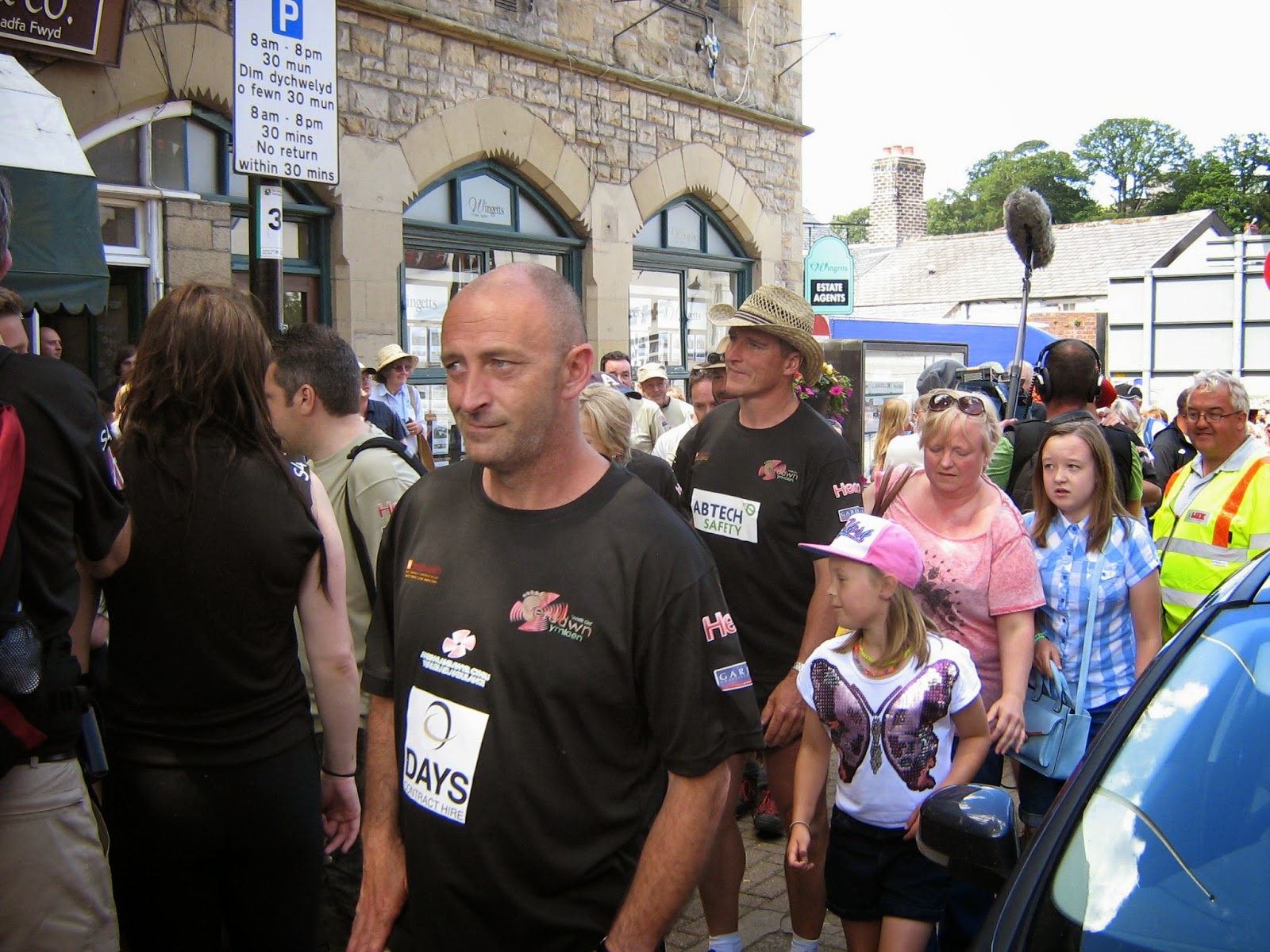 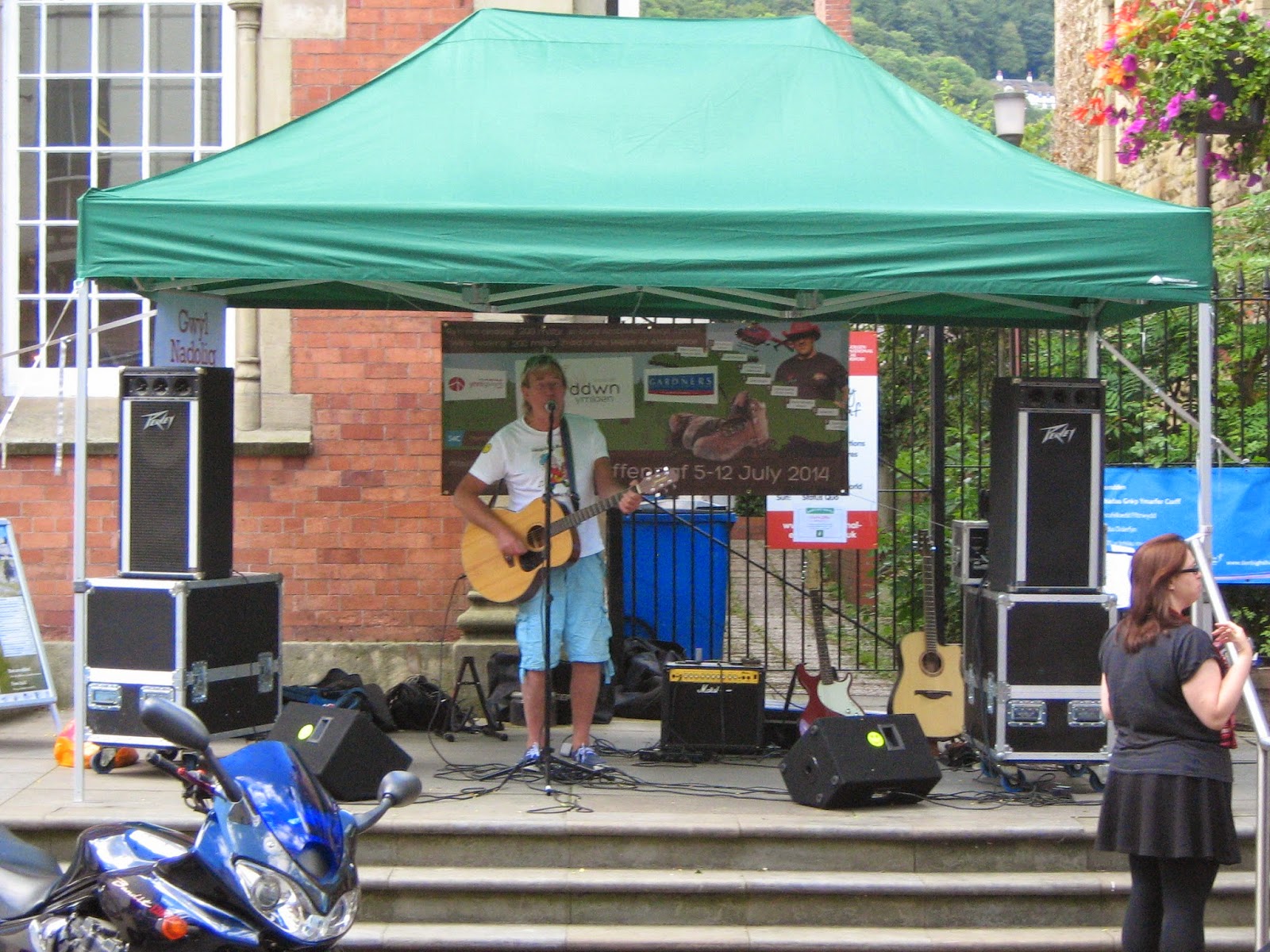 * A guitarist plays on the steps outside the library to welcome Rhys  to the town.

Welsh opera star Rhys Meirion stopped off in Llangollen this afternoon (Sunday) during his 200-mile sponsored which aims to raise £250,000 for the Wales Air Ambulance.

Now in its third year, the Walk On celebrity challenge is being spearheaded for 2014 by Rhys who is official ambassador for the air ambulance.
He and his band of supporters are walking from Colwyn Bay to Cardiff and are due to complete their marathon trek next Saturday.
Arriving in Llangollen after walking via Llandegla and the Horseshoe Pass, they were officially greeted by the tolling handbell of town crier Austin Chemenais.
A large crowd was waiting to meet the walkers and addressing them from a stage area set up outside the library Rhys said: "It's been pretty tough going but it's all worthwhile when we you receive a welcome like this."

He added: “It has been an honour and a privilege to accept the invitation to become an ambassador for the Wales Air Ambulance.

“From the moment I accepted I have been considering ways in which I would be able to contribute to their huge effort in raising the money needed to ensure that this invaluable service is available to the people of Wales.

“This year we are doing a 200-mile coast-to-coast walk to link Colwyn Bay to Cardiff  travelling via the magnificent border counties."

The project was launched with a gala concert at Venue Cymru on Friday and the walk started at Eirias Park, Colwyn Bay on Saturday morning

Along the way Rhys is being joined for sections of the route by some of Wales’s top musical acts, sports personalities and celebrities and some international stars too.

Among those accompanying him today was TV nature presenter Iolo Williams.
Posted by llanblogger at 2:47 PM