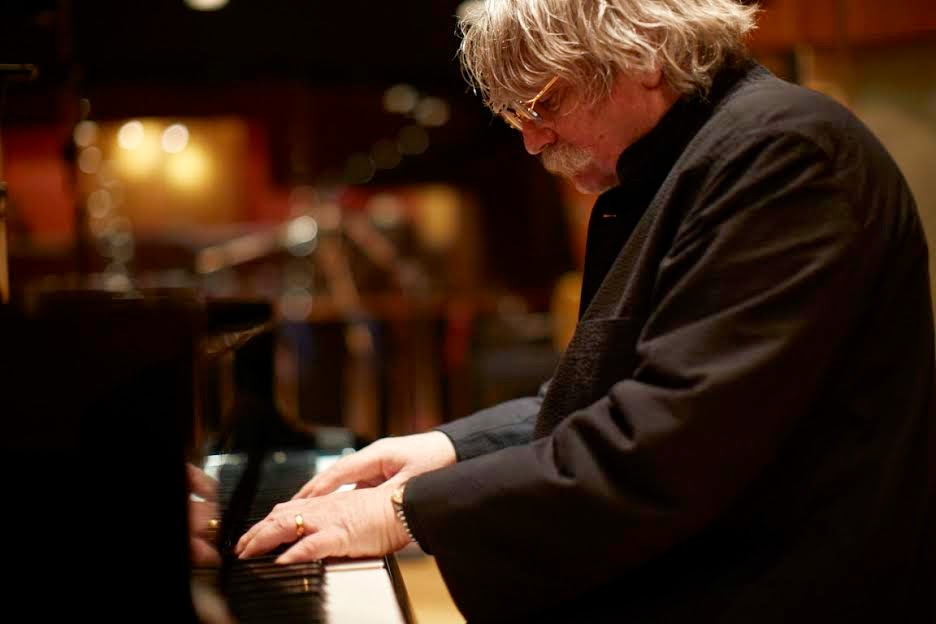 The UK's most successful classical composer will be celebrating his 70th birthday in style Llangollen - with the world premiere of a new masterpiece.

Karl Jenkins CBE will be unveiling Adiemus Colores - featuring top American tenor Noah Stewart and a host of other stars -at the Llangollen International Musical Eisteddfod that starts on July 8.

Born and brought up in the Gower village of Penclawdd, Karl Jenkins CBE is fiercely proud of his deep Welsh roots and says it’s always an honour to visit Llangollen and conduct the International Eisteddfod Orchestra.

He said: “It really is a thrill and I have been fortunate to have been invited to appear at Llangollen a few times before. This year will be special as I will be the world première of my latest work, Adiemus Colores.

“In writing Colores I have revisited my original Adiemus project. I realised how popular my take on the vocal side of world music was. Ademius Colores is a Latin American-themed work based around a great deal of percussion embracing Brazilian samba, the tango beats of Argentina and the Spanish bolero.

“Like the original Adiemus project Colores is a combination of classical principles and the flavours of world and ethnic music. But what I have also tried to do with the choral side of the work is use the human voice as a musical instrument in it’s own right.”

He added: “The language used is inverted in a way to accentuate the phonetics and means we can reach the maximum potential of the voice. But it isn’t a language it’s just sounds, absolute nonsense in terms of real words or language.”

And as well as conducting the International Eisteddfod Orchestra Karl says he is delighted to be welcoming such special guests to the Llangollen stage to perform Adiemus Colores.
He said: “To have New York tenor Noah Stewart guesting is a huge bonus. He is a very talented performer with an incredible voice. I’m also pleased to have trumpet player Pancho Flores joining us.
“Pancho is Venezuelan, and hails from Caracas. He is a wonderful classical trumpet player. He has a real South American sound almost mariachi in style, but not as crude.

“He spends a lot of time performing in Europe and I’m delighted he is able to join me in Llangollen. The same can be said for classical accordionist, Ksenija Sidorova who is just wonderful and so talented. I have been fortunate to work with both Pancho and Ksenija previously.

“And we also have, in my opinion, one of the world’s best jazz bass players in Laurence Cottle with us. Laurence is originally from the Mumbles in Swansea but now spends most of his time in London. He really is an amazing and enormously talented musician.”

Karl admits he has always been intrigued by the traditional music of Latin America which is reflected in Adiemus Colores.

He said: “Each movement is named, in Spanish, after a colour and explores the mood each evokes in me.

“Something else that kindles my interest in South America is the romantic fascination so many Welsh people have, including me, with Patagonia. It seems incredible there almost on the southern-most tip of Argentina there is a Welsh speaking community and settlement. It is somewhere I have never yet visited although I am really keen to get there at some point.

Karl, who is both a fellow and an associate of the Royal Academy of Music, added: “It is going to be a wonderful way to celebrate the milestone that will be my 70th birthday and I’m really looking forward and excited about returning to the Llangollen International Eisteddfod.”

He said: “To have a world première by one of the great living composers here at Llangollen is something really special and is something we are all thrilled about.

“Karl’s original Adiemus was a powerful and ground-breaking composition and I have no doubt Adiemus Colores will be equally well received by the Eisteddfod audience and the wider classical world.

“And I’m also absolutely delighted Noah Stewart will be a guest of Karl’s on the Llangollen stage for Adiemus Colores.

“Noah’s performance at last year’s festival was one of the highlights of what was a fantastic week and I know our supporters and many regular audience members were really keen to see Noah back at Llangollen this year.”

He added: "We have a line-up of stellar musical talent and I know we are in for a real treat on what is the perfect way to celebrate Karl’s 70th birthday.”


The curtain raiser for this year's Eisteddfod will mark the return of opera superstar Bryn Terfel to Llangollen on Monday, July 7.
The acclaimed bass baritone will be playing the lead in a special English-language production of Stephen Sondheim's Sweeney Todd: The Demon Barber of Fleet Street - sponsored by care organisation Pendine Park - also starring Go Compare tenor Wynne Evans and the popular Shan Cothi.
This year's will also feature concerts by Dutch jazz sensation Caro Emerald and veteran British rockers Status Quo, sponsored by the Village Bakery.
The Friday night concert, Spirit of Unity, will feature the Cape Town Opera, Africa’s premiere opera company, famed for their "vibrant vocalism and high-octane stage performances".
Appearing with them will be Wales’ representative in Cardiff Singer of the World, Gary Griffiths, the Wales Millennium Centre Only Kidz Aloud Chorus and British Sinfonietta, one of the UK's leading independent professional orchestras.
The Choir of the World competition for the Pavarotti Trophy on the Saturday night is the blue riband event of the week-long festival.
Adiemus Colores will be performed on Wednesday, July 9th at 7.30pm. Tickets, which are priced at £14-£29 are available from the Box Office.