Gorillas on the prowl at the eisteddfod 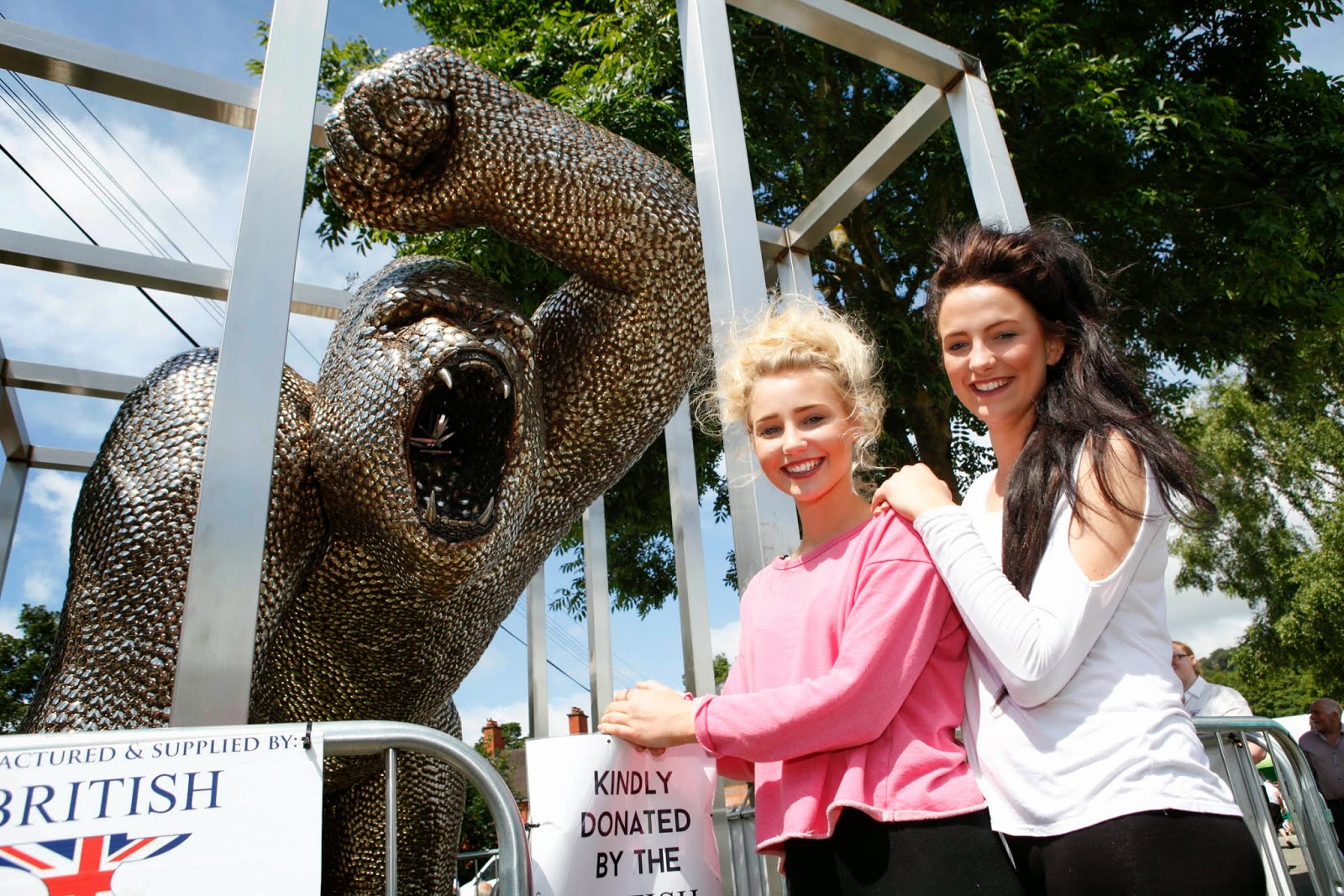 
A three and a half tonne Uri Geller-inspired gorilla made from spoons is wowing visitors to the Llangollen International Musical Eisteddfod.
The celebrity and entertainer who was a friend of late pop king Michael Jackson challenged the team at the British Ironworks Centre in Oswestry to make it.
The 12ft-high (3.6m) statue is made from 40,000 spoons and has taken almost five months to build.
Spoons for the silverback have been donated from across the world, as well as local schoolchildren.
Mr Geller, a friend of Prince Michael, himself donated a spoon once owned by Winston Churchill.
The giant silver primate is spending the week at the Llangollen Eisteddfod before starting a UK tour, where it will make stops at hospices and hospitals such as Manchester children’s Hospital and Great Ormond Street Hospital in London.
Llangollen Eisteddfod goer Chelsea Jackson, 17, from Rhos, who is a student at Ysgol Morgan Llwyd, Wrexham, said: “I didn’t realise it was made out of spoons. I think it’s really clever and I think it’s quite inspiring. I think it will inspire young children to be more creative.”
School pal Nicha Duffey, 17, added: “I think it’s very imaginative, and I think it’s crazy but in a good way.”
Managing Director of the British Ironworks Centre, Clive Knowles, is a keen supporter of the Llangollen Eisteddfod.
He said: “The Llangollen Eisteddfod is something totally unique. I think it‘s a wonderful voice for humanity, full of love, and it brings people from all over the world together through music to understand each other better.
“We transported the gorilla to the Llangollen Eisteddfod as part of our sponsorship of the event. We’ve also provided beautiful Victorian tables, chairs and benches.”
Many of the spoons for the impressive sculpture have been sent from as far away as China, India, Kenya, Tahiti and Armenia.
Clive added: “The spoons were mostly sent in by healthy children, so they could do something to make poorly children happy.
"Uri challenged us to make a gorilla out of spoons, and we showed him that we were up to that challenge. Uri is just an enormous personality. He came down to the British Ironworks Centre for the unveiling of the gorilla with Prince Michael of Kent.”
Posted by llanblogger at 6:46 AM