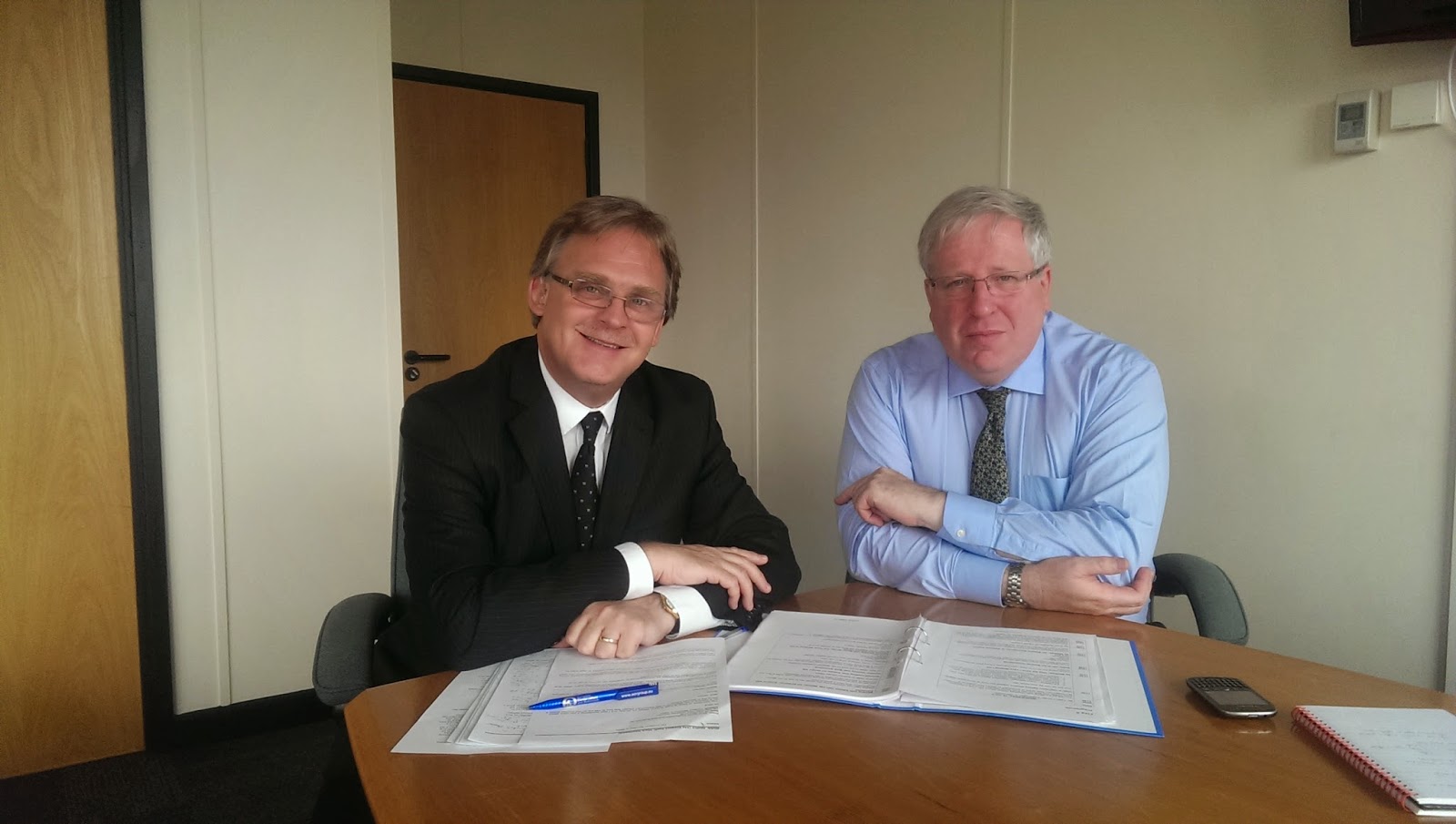 * Mark Isherwood AM, left, with Transport Secretary Patrick McLoughlin MP.
North Wales Assembly Member Mark Isherwood AM has met with the UK Transport Secretary Patrick McLoughlin MP to support proposals for better North Wales rail connectivity.
At the meeting Mr Isherwood also discussed the business case for North Wales rail electrification and welcomed the Chancellor’s announcement of £10.4 million for the Halton Curve rail line to improve links between North Wales and Liverpool, Cheshire and Warrington.
Mr Isherwood said: “It was a very productive meeting. Improvements to routes between north east Wales, Liverpool and Manchester are critical in connecting businesses and individuals to markets and job opportunities and I welcomed the fact that the UK Government recognises this and is investing money accordingly.
“The former UK Government failed to electrify a single centimetre of track in Wales and only electrified nine miles of track across the UK in 13 years, whilst, by contrast, the UK Coalition Government has delivered the biggest investment in public transport in Wales since Victorian times.
“However it is disappointing that the Welsh Government Transport Minister, Edwina Hart AM, doesn’t give the same importance to improving the transport network in North Wales, with projects such as the redoubling of the line between Wrexham and Saltney having been reduced and funding redirected to the South. The Minister may be happy with the decision she made, ruling out extra capacity to run future trains for the north-west of England and ignoring the impact of the new prison in Wrexham, but North Wales is not.”
Posted by llanblogger at 1:37 PM