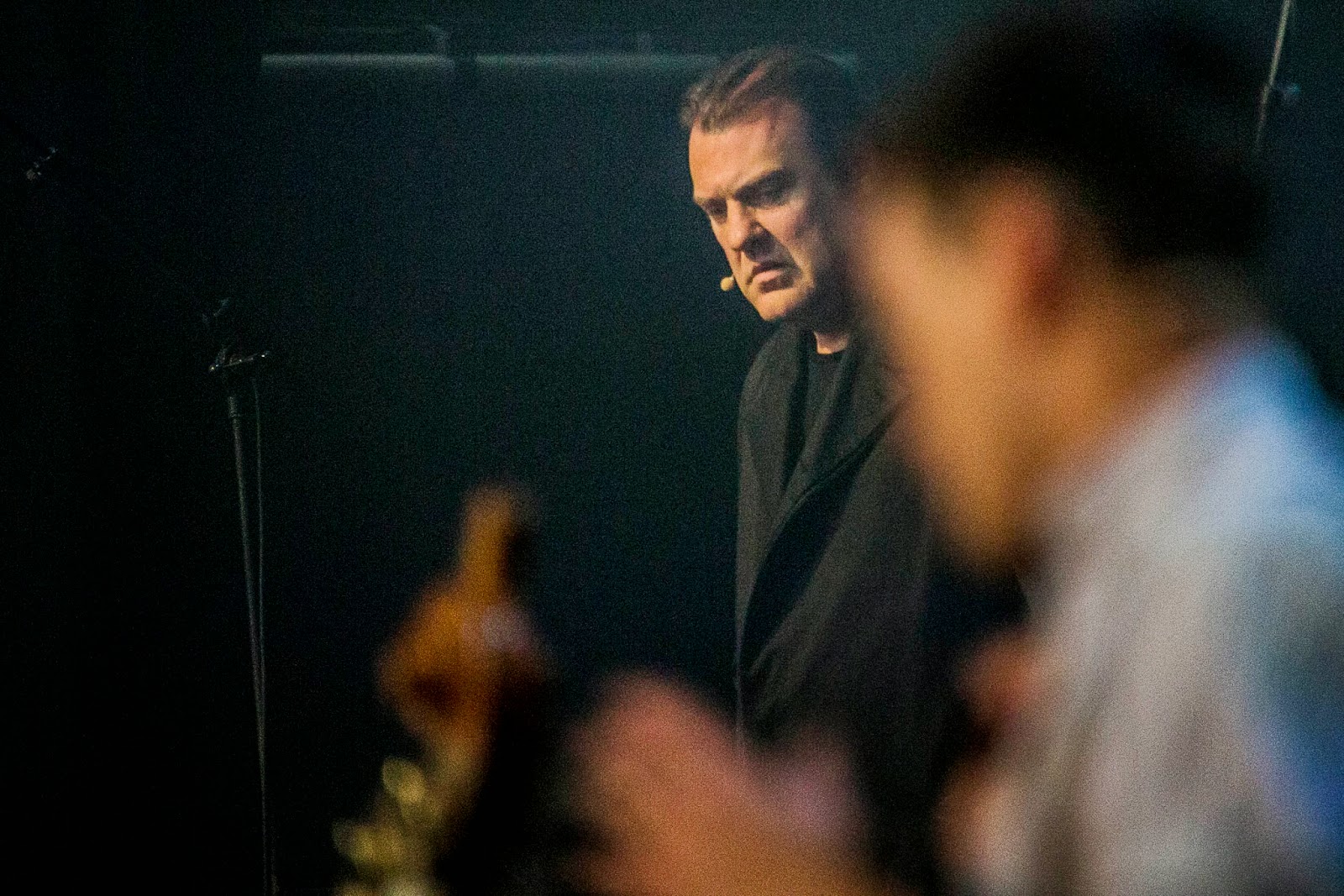 * Bryn Terfel in Sweeney Todd at the opening concert at the
International Musical Eisteddfod in Llanfgollen.

Bryn Terfel and a star-studded cast gave this year’s Llangollen International Musical Eisteddfod a brilliant and bloody launch last night with a sensational Sweeney Todd at the Royal International Pavilion.

The great bass-baritone was making a return to the Eisteddfod stage for the first time since 2006  and Terfel and a cast that included Welsh opera stars Wynne Evans and Shan Cothi produced a garishly gothic performance of Stephen Sondheim’s Broadway smash hit, sponsored by Pendine Park.

Alongside the big names were unknowns plucked by Terfel from auditions to perform alongside him and seizing their big chances were 14-year-old Vale of Clwyd schoolboy Dewi Wykes, Solihull soprano Lauren Morris, 21, and tenor Berwyn Pearce, great-nephew of another Welsh legend, Sir Geraint Evans.

It made for a sensational start to the six-day Eisteddfod which began on Tuesday  with the Parade of Nations led by Eisteddfod President Terry Waite CBE.

Eisteddfod Musical Director Eilir Owen Griffiths said: "It is a dream come true that we achieved something so spectacular as Bryn has performed this work in Carnegie Hall, Royal Festival Hall and now Llangollen. I'm so proud.”

Eilir has had him in his sights since he was appointed ahead of the 2012 event. He added: “The idea of Bryn doing Sweeney Todd at Llangollen stems from a discussion I had with him in June 2011 after a concert I did with him at Aberglesni Gardens when he premiered my Reqiuem.

“Bryn and I are friends and we were both staying the night and he invited me, my wife and our little boy, Aaron, for breakfast the next day.

“At 9am there was a big bang bang on the door and there was Bryn standing there and he said, ‘Do you remember I’m cooking breakfast this morning?’

“I said we’d be there in ten minutes and round we went to find Bryn with the frying pan ready and he cooked breakfast while we discussed him bringing Sweeney Todd to Wales.

“A few months later I was appointed Musical Director and one of my first calls was to Bryn’s agent to ask if he could do it in July 2012 but she said the first July day available was in 2014.

“So I’ve been so excited for three years and I’ve been planning for it since then. This is my third International Eisteddfod and I’ve been very passionate about doing this with Bryn with an all-Welsh cast and with young people from Wales.”
Posted by llanblogger at 10:16 AM