Thousands turn out in the sun for eisteddfod parade 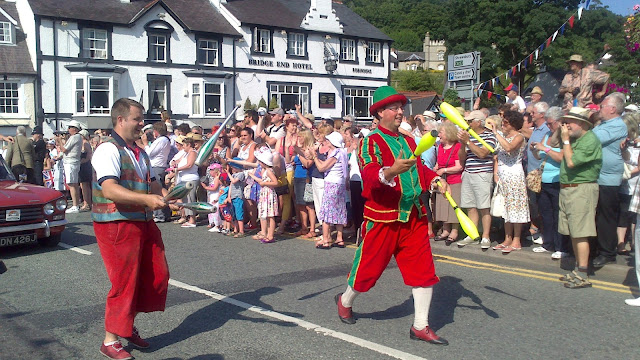 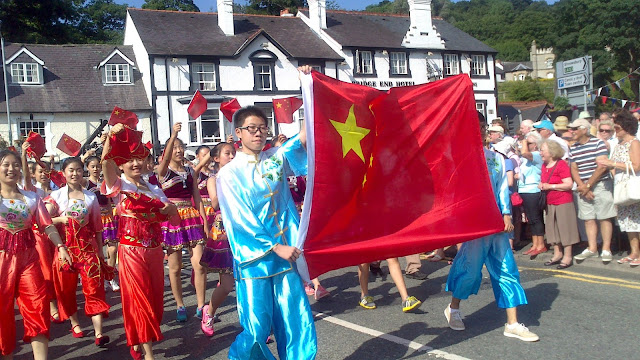 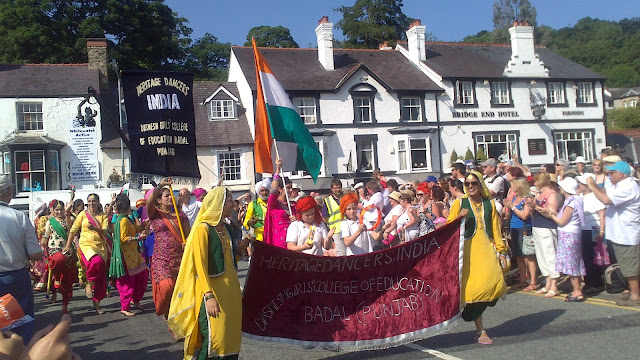 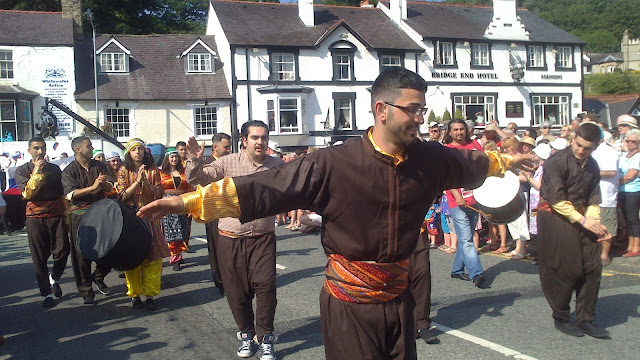 
Temperatures soared well into the eighties as competitors from across the globe marched through the heart of Llangollen to the accompaniment of rousing cheers and applause from one of the largest crowds to watch the event in years.
A rainbow array of banners and national flags fluttered above them as singers and dancers from a host of nations walked in procession from the Eisteddfod field, down Abbey Road, across the historic centuries-old bridge and on into the town centre where the main roads had been closed off specially for the occasion.
Heading the parade, which took around 20 minutes to go by any one point, was the Welsh dragon flag and Llangollen’s bearded town crier, known as Chem, ringing a bell to let everyone know the main event was beginning.
Pace for the big parade was set by some stirring tunes from Llangollen Silver Band.
Behind them came a colourful cavalcade of competitors beneath their national flags including those of countries as far away as the United States, New Zealand and China.
The riot of colour continued when contingents of performers from Indonesia, South Africa and Canada passed by.
Interspersed with the overseas competitors in the parade line-up were a number of Welsh and English choirs and youngsters from local schools who had earlier enjoyed visiting the festival on the opening children’s day.
TV cameras whirred and cameras clicked to record the unforgettable scenes as the world went by in the sizzling heat.
As usual, there was special applause for Llangollen stalwarts, the Heritage Dancers of India, in their vivid national costumes.
The crowd also reserved an especially warm welcome for Eisteddfod President Terry Waite who waved to them and smiled broadly as he drove past in his usual classic car, which this year was a red open-topped Triumph Herald from the 1960s.
And keeping up a pulsating beat as they brought up the tail of the parade were Llangollen favourites, the Karamba drum band.
Posted by llanblogger at 7:55 AM