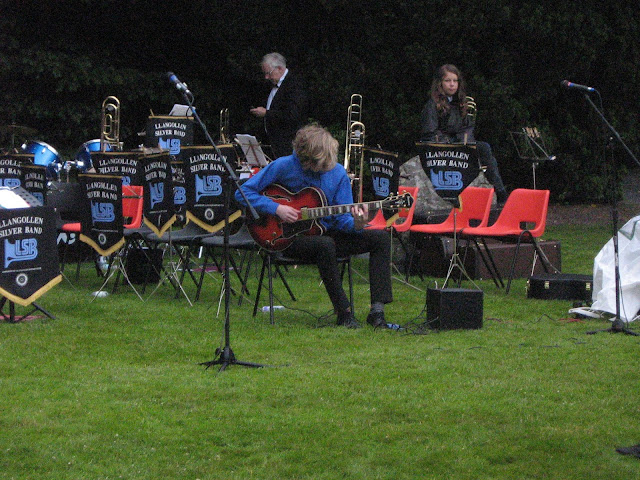 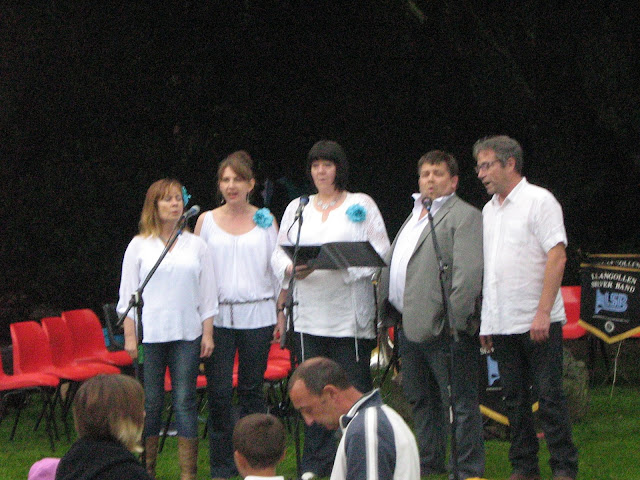 * Singing Ensemble Sentimental Journey present their part of the programme. 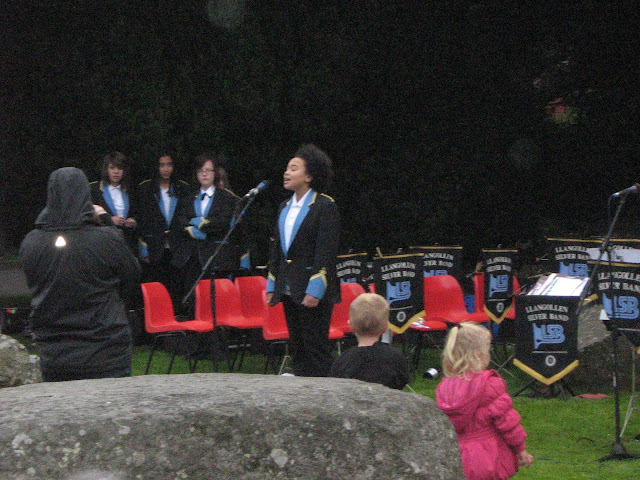 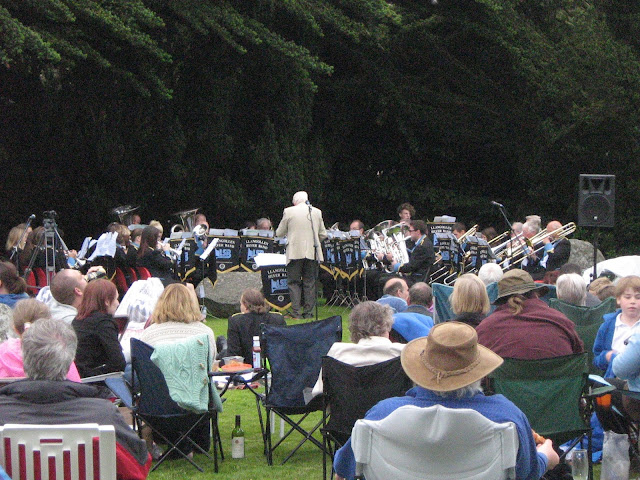 
LLANGOLLEN had its own version of the Glastonbury Festival on Sunday evening.
Rather than the Stones topping the bill, it was the town’s own Silver Band and instead of acts like Example there were two excellent soloists and a singing ensemble to delight the crowd.
Over 150 people brought along deck-chairs, picnic baskets and the odd bottle of wine to enjoy Party in the Garden organised by Llangollen Silver Band in the marvellous setting of Plas Newydd, the famous home of the Ladies of Llangollen.


Rain began to fall not long after the outdoor entertainment began but it failed the dampen the enthusiasm of those who had turned up to enjoy the varied programme of music on offer.
They just put their umbrellas and kept on listening.


The band opened up proceedings with a selection of numbers from the world of movies and TV such as Spartacus from the 1970s series The Onedin Line and Aces High from the film Battle of Britain.
Llangollen Youth Band were next with a package of classics including Tonight and Lay All Your Love on Me.


First soloist of the evening was young band member and Urdd Eisteddfod star Elizabeth Mwale who presented the beautiful Welsh song SuoGan.
Llangollen Training Band followed with two numbers, Tango and Blues.
Second half of the evening’s programme began with a collection of songs from the local group Sentimental Journey.
Favourites they chose included Simon and Garfunkel’s Bridge Over Troubled Water and selections from the hit musicals Sound of Music and Carousel.
Another Silver Band youngster Jack Found, whose talent on the acoustic guitar has just landed him a place at Chetham’s School of Music in Manchester, was the next soloist on the bill, presenting two numbers, Misty and How About You?
The senior members of the band came back to round off the two-and-a-half hour programme with a stirring selection of more big film music including everything from Those Magnificent Men in their Flying Machines to Oklahoma!
Posted by llanblogger at 9:32 AM