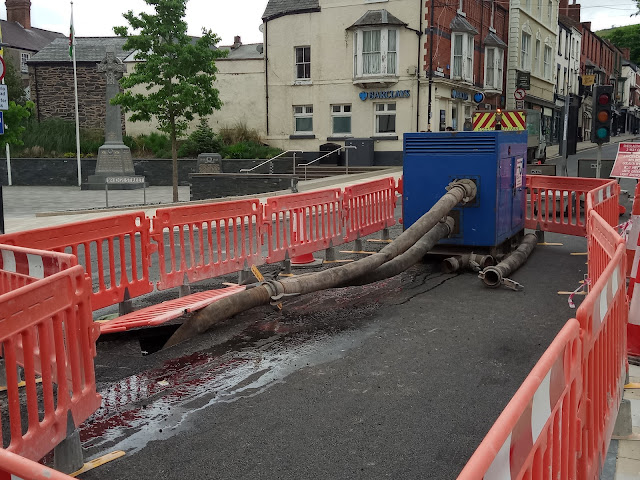 A problem appears to have developed with the sewer beneath the carroageway in Castle Street.

The problem developed on Saturday with what seemed at first to be a serious water leak in the roadway but which, it is understand, has since been diagnosed as an issue with the sewer.

Yesterday afternoon a major pumping operation was going on the middle of the road and overnight a large portable pump has been operating within roadworks.

The problem has developed just as contractors for Denbighshire County Council are putting the finishing touches to the town’s major 2020 project to extend the pavements along Castle Street and resurface the carriageway.

This has meant many months of disruption and there are concerns it will now be further delayed by rectifying the sewer problem.

* llanblogger has asked the water company for a comment.

Posted by llanblogger at 8:40 AM