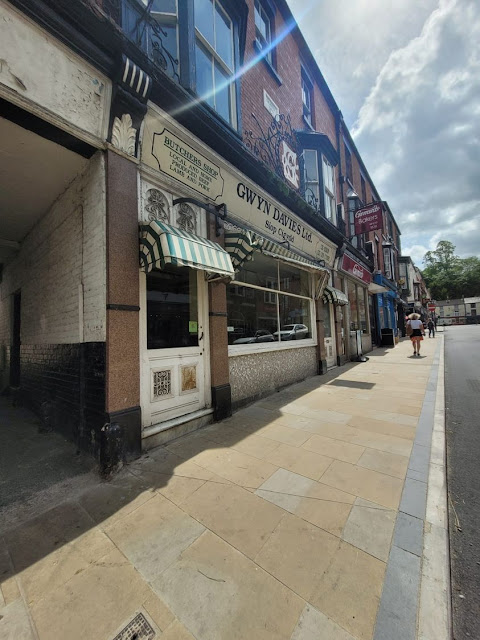 * The former Gwyn Davies butchers which a dog has trouble walking past.

A fascinating Facebook post about a closed-down Llangollen business has turned into a running story with ghostly overtones.

It began yesterday afternoon when a visitor to the town posed the question on Llangollen & District Noticeboard, above a picture of the former Gwyn Davies butchers in Castle Street which closed about six months ago: “Why does my dog freak out walking past this old butchers shop?

“Been coming Llangollen, for years, great place, whenever I walk the dog past this place my dog goes crazy and tries to run away, he's done this for four years since he was a pup, has anybody else experienced this? He's a huge mastiff and has never been spooked by anything other than walking past here.” 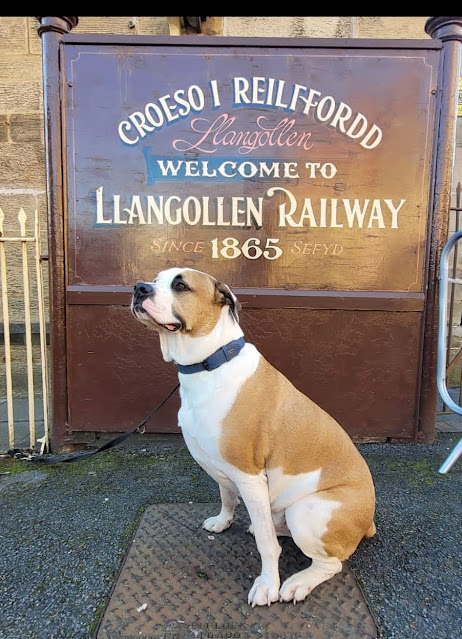 * Copper, the dog that started the debate.

The question immediately sparked an intensive online debate about the reasons behind the dog’s odd behaviour which has so far attracted around 80 comments.

A number have been the usual mickey-taking but some have suggested a supernatural reason for why the animal gets spooked outside the shop, which remains unoccupied following the retirement of Gwyn Davies.

Another suggested: “They can smell blood.”

And another: “All animals are sensitive to spirits. May be coincidence it’s a butchers.”

“He feels like he is walking past a graveyard with all the dead meat in there,” said someone else.

Other people related similar experiences such as: “We had a collie many years ago, when we took her with us on holiday there was a butchers in Barmouth that she wouldn't go past.”

Then the history of the Castle Street shop comes in focus, with one person commenting: “Recent historic pictures of Llangollen have shown many raw carcasses hanging outside the shop years ago. Row upon row of sheep cows and chickens before Gwyn had it.”

Then another person explained: “It used to be slaughterhouse and butchers.”

Later in the comments things took a supernatural turn as someone posted: “I remember my Uncle, old Noddy (local historian) telling me that above the shop was haunted. Maybe that is why?”

The ghostly theme is taken up in another comment which said: “There was a large German Shepherd that would not enter the kitchen in our local pub, as he got to the door of the kitchen he froze. It was said the pub was haunted.”

And someone else said: “My father worked there when Edwards’s owned it many years ago, they used to do their own slaughtering in those days at the rear of the premises, he may sense these things, dogs are really intelligent/sensitive.”

There are further ghostly suggestions with the comment: “I found at article about a previous butcher seeing a ghost whilst walking to work in the butcher shop.”

Taking this up, another person commented: “I worked there for Gwyn Davies a few years back in the early 90's and heard tales that the cellar and the flat upstairs were haunted. I never saw or heard anything though.”

Amusing but rather unhelpful was one of the later comments, which suggested to the original poster: “You need to call ghost butchers.”