Historic diesel engine in action on railway this weekend 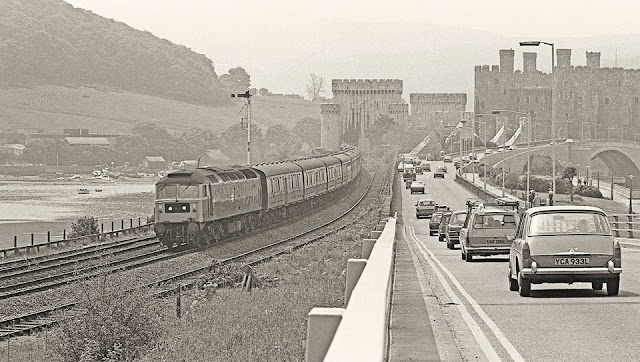 * Number 47449 pictured by Kevin Lane in June 1979 making her way alongside the cars of the day on the A547 towards Llandudno Junction with Conwy Castle in the background. 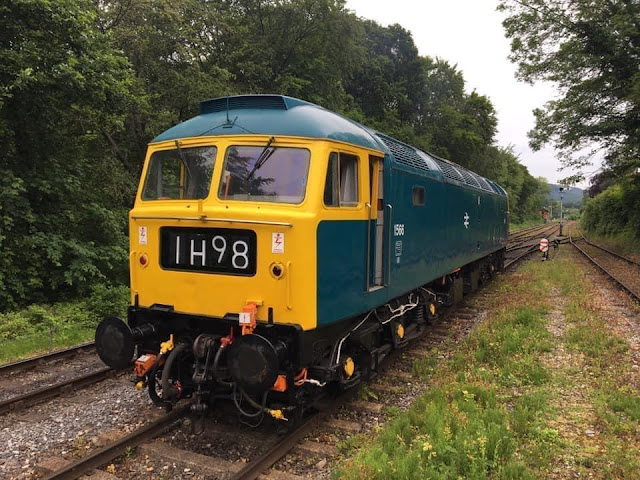 * The Class 47 in Llangollen River Sidings waiting to work the day’s trains back in May 2019.

A historic diesel engine saved from the scrapyard by enthusiast Pete Waterman will be in action at Llangollen railway this weekend.

The Class 47 loco, also known as a Brush Type 4, was a regular performer on the North Wales Coast line and spent a good proportion of her working life at Crewe Diesel Depot between 1973 and 1990, just a mile or so from where she emerged brand new from Crewe Works in March 1964.

Moving South to London in 1990, 47449 ended her 29-year career with British Rail working the semi-fast passenger trains between London Paddington and Oxford before being withdrawn in March 1993.

After being saved from scrapping by the renowned music impresario and railway enthusiast Pete Waterman, 47449 was purchased by the Llangollen Diesel Group in 1996 for use on the Llangollen Railway, where she has been ever since.

Number 47449 has now been preserved at Llangollen for nearly as long as she spent working for British Rail.

With the exception of a few years out of traffic for repairs to her bodywork, engine and cooling system, the loco, currently running with her early 1970’s era number of 1566, has been a very useful and active member of the Llangollen Railway fleet.

Sulzer are a Swiss Engineering business, but the engines for the 47s were all built in England under licence by Vickers at Barrow in Furness using a factory built in the early 1950s to produce submarine engines in large quantities in anticipation of an escalation of the war in Korea, which was never required.

The diesel engine drives a Brush TG160-60 Direct Current generator which in-turn drives six traction motors, one for each wheelset.

The Class 47 will be working on Saturday and Sunday this weekend.

Posted by llanblogger at 6:23 AM