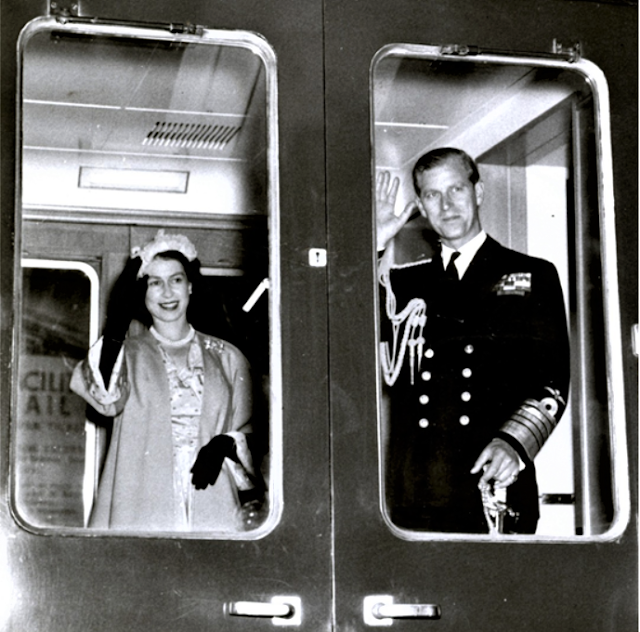 * The Queen and Prince Philip on the Royal Train at Llangollen station in 1953.

Llangollen Railway is planning a busy Platinum Jubilee weekend between June 3 and 5.

Memories will be cast back some 69 years to July 10 1953, when Llangollen station proudly welcomed the Royal Train conveying the Queen and Duke of Edinburgh to visit the International Eisteddfod Music Festival, just days after the Coronation.

Great Western steam tank locomotive No 5619, visiting from the Telford Steam Railway, will run on all three days.

This will be highest consecutive number of days that a steam service has run in the Dee Valley since Llangollen Railway Trust managed to reopen the highly scenic line in July last year.

The railway currently operates between Llangollen and the former slate quarry village of Carrog and services are soon due to be extended to a new station at Corwen.

Although Corwen station, which has been built completely from scratch by volunteers, is yet to welcome its first trains, the Jubilee weekend will see the station open to visitors between 10 and 4pm to inspect progress.

A train of ballast wagons, which are being used to finish the trackwork off, will be on display all weekend.

Wayne Ronnenback, Corwen’s new stationmaster, said: “The team at Corwen have all been working extremely hard to finish our new station, which should be opening soon. We’re not quite there yet, but are looking forward to welcoming visitors over the Jubilee weekend." 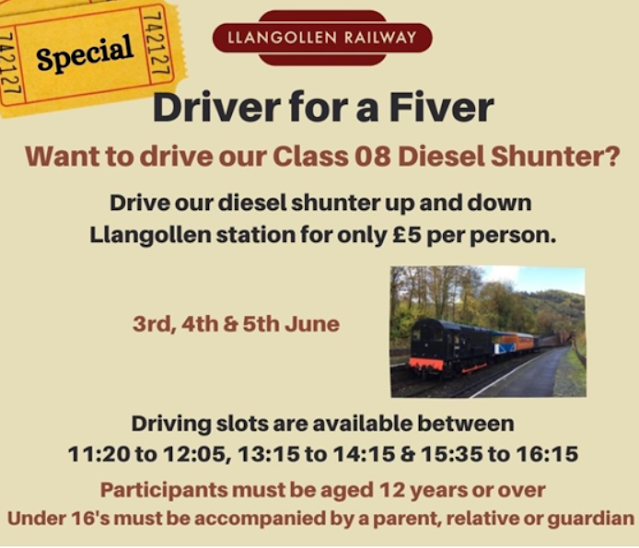 Also back by popular demand after a successful Easter trial will be 1956-built Class 08 diesel-electric Shunter No 13625, which will be allowing visitors to fulfil their childhood dreams by trying their hand at being a train driver - for just £5 a go.

With a return journey time of 50 minutes, the Berwyn Shuttle allows those looking for a shorter trip the chance to travel to the beautiful Berwyn station. 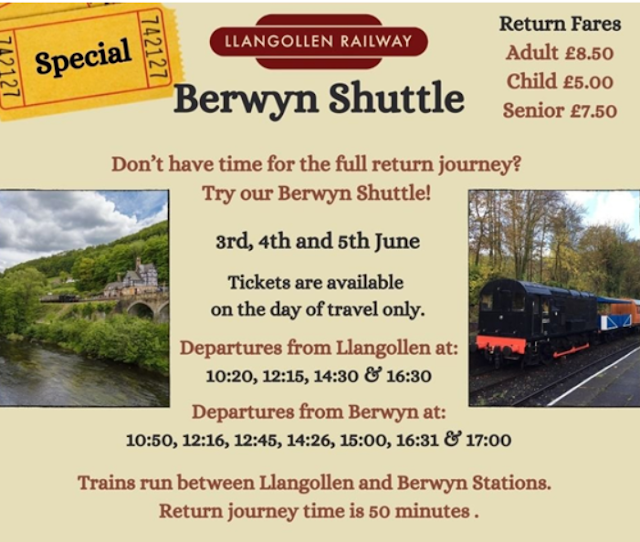 There is a station tearoom and it is also possible to take a walk to the Chain Bridge or nearby Horseshoe Falls and return back to Llangollen on a later train, if desired.

Tickets cost £8.50 for adults, £5 for a child and £7.50 for seniors, purchasable from Llangollen station on the day.

The Driver-for-a-Fiver experience will run in Llangollen station and allow those over 12 (under 16s musty be accompanied by an adult) the chance to drive the locomotive for a short distance along the platform and back.

Posted by llanblogger at 6:58 AM