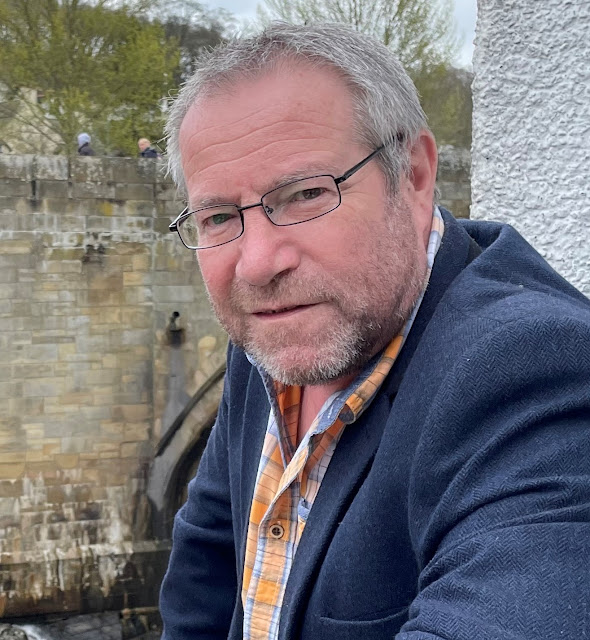 Cllr Edwards, who is a former Llangollen town councillor, was elected with 626 votes and Cllr Keddie, who has also retained his seat on the town council, with 623.

Both will serve for five years until the next election.

Cllr Edwards said: "I would like to send my heartfelt thanks to everyone who voted for me. I will do my best to represent all the electorate in a fair and equal measure. Now the hard work begins."

Cllr Keddie said: "I’m incredibly honoured to have been elected alongside Cllr Karen Edwards.  We will be a strong Independent Voice for Llangollen and the surrounding villages.  I would like to wish the unsuccessful candidates well and will do my best to follow through with their goals, everyone had good plans.

"I will always put you, my friends and neighbours first.  I’d also like to thank formers councillors Melvyn Mile and Graham Timms for their staunch work for us over the years.

"I will support everybody - not just the people who voted for me."

Sarah Marshall said: "Firstly I want to congratulate Karen Edwards and Paul Keddie on their success.

"It is really encouraging that the Green Party had their best result yet in Llangollen elections for County Council, and also have won two seats in Denbighshire.

"This puts Climate and Environment issues firmly on the agenda for local politicians."

Stuart Davies, who was bidding for a return to the county council and served until the election as a town councillor, failed to be elected after recording 445 votes yesterday.

He contacted llanblogger to say: "My team and I fought a good fight but didn't make it. I will now gracefully retire from politics to make way for younger people and wish the area's two new county councillors the best of luck." 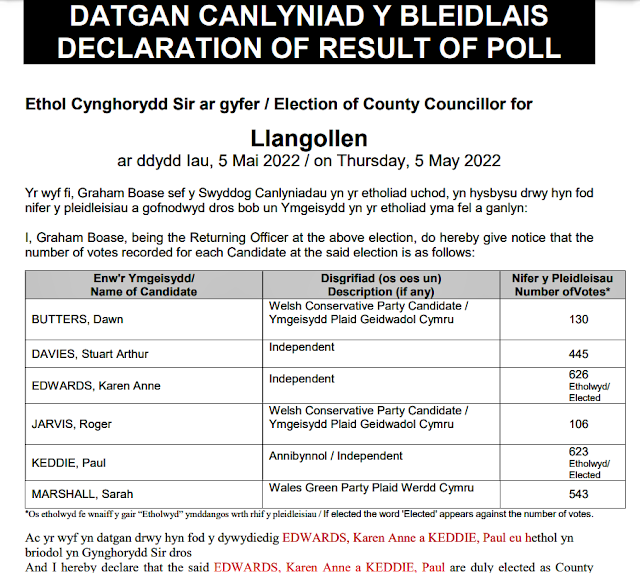 As only six candidates came forward for the 11 vacant seats on Llangollen Town Council no election was necessary yesterday.

The remaining five seats will therefore have to be filled by co-option following the election.

Posted by llanblogger at 2:27 PM