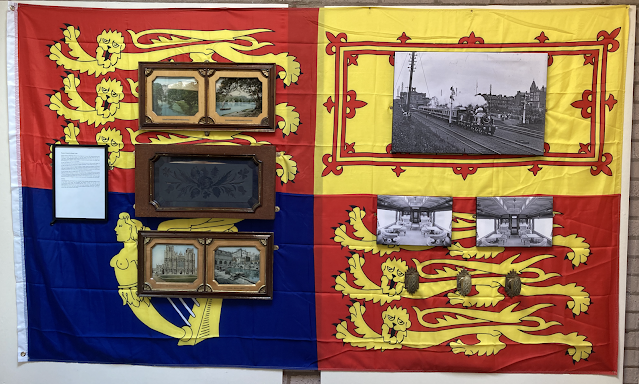 * Royal train artefacts which will be on show at Llangollen Railway.

A special display showcasing historic artefacts from Queen Victoria's Royal Train will be on display within Llangollen Station over the four-day Platinum Jubilee weekend.

In 1897, the Great Western Railway marked the Diamond Jubilee of Queen Victoria by constructing a new royal train for her.

Railway companies had provided special saloon carriages, but this was the first royal train to be built and was fitted out in an opulent style.

The GWR abandoned its royal carriages of 1897 during the 1930s and subsequently borrowed stock from another railway company when the need arose.

Some of the carriage survived as grounded bodies, holiday chalets and in one case as a skittle alley in North Devon!

Many of the artefacts from inside the 1897 Royal Train vehicles have been lost over the years, but some items have survived and are now in the personal collection of Peter Dickinson, one of the founding members of the railway's Heritage Group.

The temporary display inside Llangollen Station will include carriage prints, glass panels and even some of the surviving door handles that were once inside Queen Victoria's Royal Train.

The railway has a full programme of other events planned for the jubilee weekend.