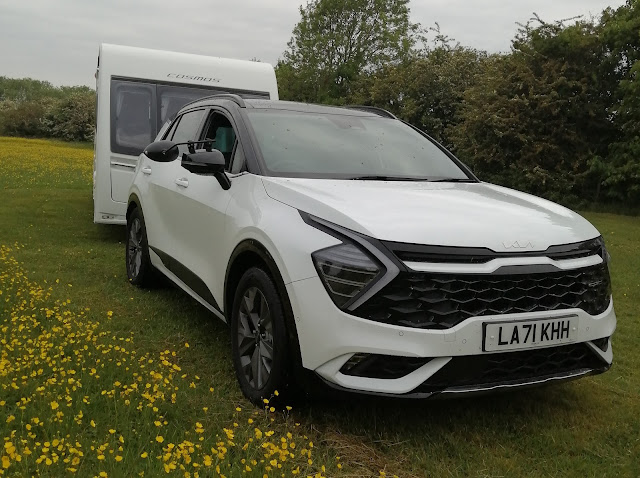 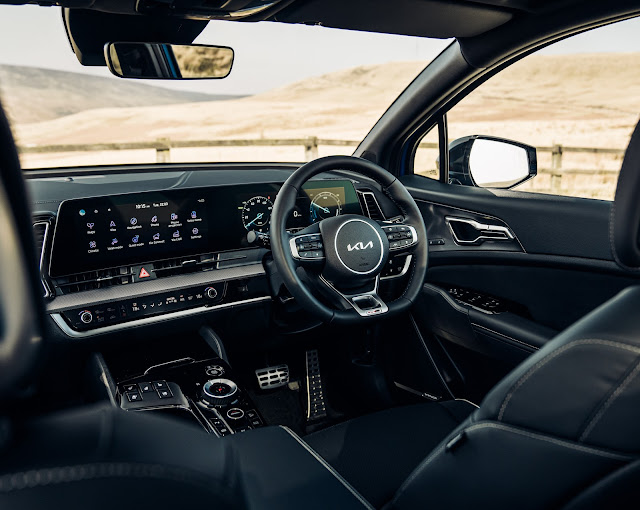 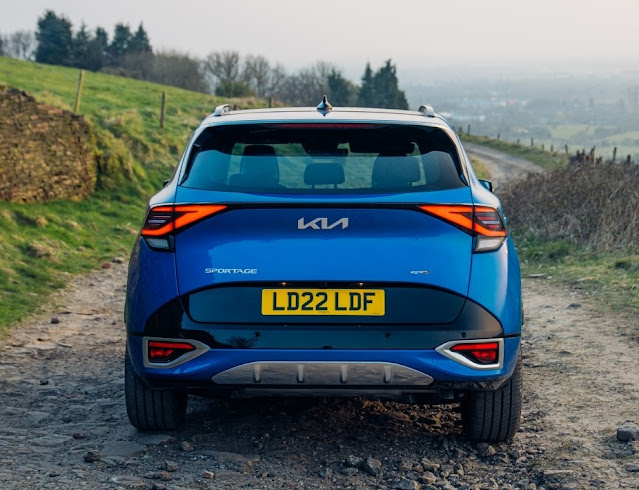 There are not many car companies that can boast an SUV as their best seller in every corner of the world so turn the spotlight on the Kia Sportage.

I remember the UK launch in 1995 taking the car off road at the top of the Horseshoe Pass. Then it was nothing more than a capable, but only average utility 4x4 helping the fledgling Korean company break into the UK market.

It took 15 years and some inspirational design for us to sit up and take notice of the third generation Sportage, now an attractive all round family car which sold and sold and sold.

If 2010 was a big step forward then this year’s 5th generation Sportage is a giant leap. Not only has it undergone a radical redesign but there is cutting edge technology and hybrid power preparing the ground for what is ahead at the end of the decade.

Turning heads with stand out design is one thing but you have to do the business under the skin as well. So Kia started from scratch with a new platform, longer, taller and wider body, and plug-in or self-charging hybrid engine to compliment petrol and diesel units - yes there is still a diesel on offer.

There is even an all wheel drive with terrain drive mode, not that I think Sportage is going to spend much time off road although it will come in handy towing a caravan from a muddy field.

Sportage feels more grown up with its bigger body. Interior space has increased with ample leg and shoulder room for three adults in the back seats, which also recline, and a larger boot now boasting 587 litres with the back seats in place. The boot has two levels with small storage spaces under the floor because the spare wheel is replaced by a repair kit which, thankfully, I have not had to use so far in my motoring life.

For all its snazzy body styling, the cabin takes the star prize with its stunning dashboard  layout and general improvement in fittings and trim.

The area is dominated by a shiny black structure similar to a wide screen television housing two 12.2 inch screens. Dials ahead of the driver are computer generated and can be altered to display a variety of information. One novelty is a large camera in each of the main dials activated when indicating left or right, a modern take on a door mirror.

The driver’s eye still goes to the door mirror and the camera is impaired when it rains and in the dark but is another bit of new technology.

The centre touchscreen displays radio, various aps and navigation which was surprising slow to find a destination but easy to use.

Kia is well known for its generous level of kit, it was one of the first mainstream marques to have heated rear seats, an nothing has changed. My top of he range GT-Line S wants for nothing, ventilated front seats and 360 degree camera standout features, and the attention to small details in the cabin is admirable, check out the USB ports built into the shoulder of the front seats.

Of course there is a full suite of safety aids to keep you out of trouble.

Hybrid has added a new dimension to Sportage, a bit later than some rivals, and provides sprightly performance with decent economy. With the help of an electric motor the 1.6 litre petrol pumps out an impressive 226bhp so sixty comes up in an impressive eight seconds.

Driven sensibly the self charging hybrid should be good for 45-47mpg.

Which brings us on to towing and can it take the place of a diesel? Engine power is more than adequate and pulled effortlessly through the seven speed automatic box but around 24mpg was a good way off the 30mpg I get from my diesel Renault Kadjar but with the inflated price of diesel the gap has shrunk enough to make hybrid a viable alternative.

The downside is a modest 1650kg towing capacity. My lightweight four berth was only just inside the limit so many heavier family vans will not be a legal match.

There is plenty of high profile competition but this Sportage is a fine package and has to be on your shopping list.