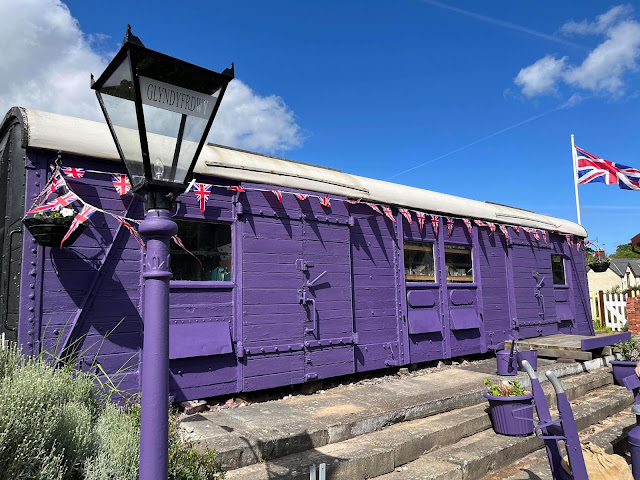 * The parcels van in all its purple glory.

Glyndyfrdwy Railway Station on the Llangollen Railway has been given a striking and colourful new look as part of the Queen’s Platinum Jubilee celebrations.

Station Master Paul Bailey and his team have been busy with their paintbrushes to adorn part of the station in royal purple colours. 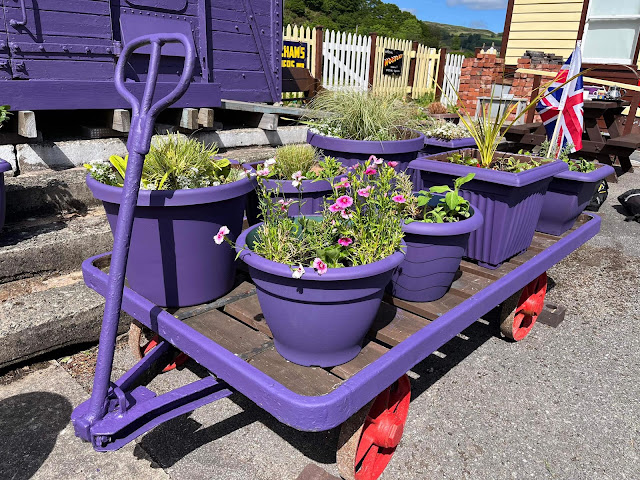 The milk churn even carries the regal signature of “ER”.

Paul said: “We were inspired by our friends at the Severn Valley Railway, who have painted one of their locomotives in Royal purple for the Jubilee. 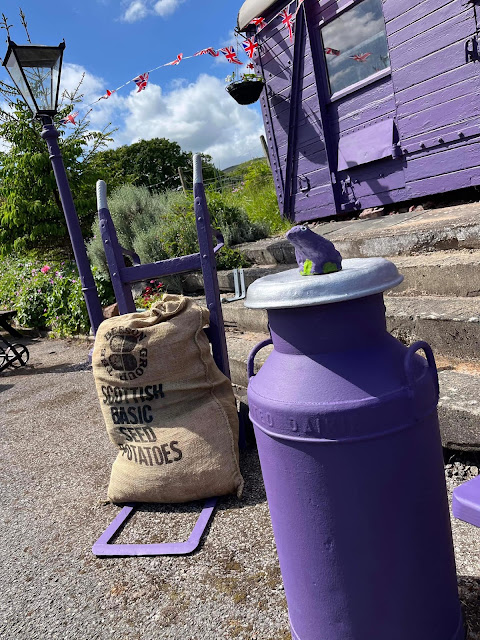 "Our small team of dedicated volunteers have had a lot of fun getting the paint out at Glyndyfrdwy and we hope our visitors will enjoy looking out for all the purple bits and pieces around the station over the bank holiday weekend, where we are running a busy schedule of steam and diesel trains."

Her Majesty and Prince Phillip visited Llangollen on the Royal Train in July 1953, when the line was still part of the national network and ran between Ruabon and Barmouth.

It closed in 1964 as a result of the infamous Beeching cuts, but was reopened in stages by volunteers from the 1970’s onwards.

The long-awaited final piece of the Llangollen Railway jigsaw is also about to be completed, with a new station at Corwen set to open soon.

Ian Bibby, Volunteer Liaison Officer for the Railway, said: “As well as the Jubilee, June 1st to 7th is Volunteers’ Week. Our wonderfully atmospheric stations have all been restored and cared for by volunteers.

A railway spokesperson said: "Paul and his team at Glyndyfrdwy have done a fantastic job of making the station look even better than usual with their Jubilee display.

"Getting stuck in, having fun and then having a stunning achievement like this to stand back and admire is very much what volunteering is all about at the Llangollen Railway.

"As part of Volunteers’ Week, we are keen to encourage new volunteers to consider joining us. You don’t need to be qualified or experienced in anything beyond having a bit of spare time to give us and some enthusiasm to try something different.

"We provide full training for all roles. Anyone interested in getting involved can make-contact with us via our website or telephone."

Meanwhile, Llangollen, Berwyn, Carrog and Corwen stations are also joining in with the celebrations. Llangollen will host a fascinating display of Queen Victoria’s Royal Train memorabilia.

Superbly restored Carrog and Berwyn will be showing visitors what the line was like in its GWR heyday, with tea rooms serving delicious cakes and ice cream. Finally the partially complete station at Corwen will be open for visitors to have a look at work-in-progress.

Steam engine No 5619, visiting from the Telford Steam Railway, will run on all three days of the Jubilee weekend.

Also back by popular demand will be 1956-built Class 08 diesel-electric Shunter No 13625, offering the chance for visitors to try their hand at being a train driverfor just £5 a go.