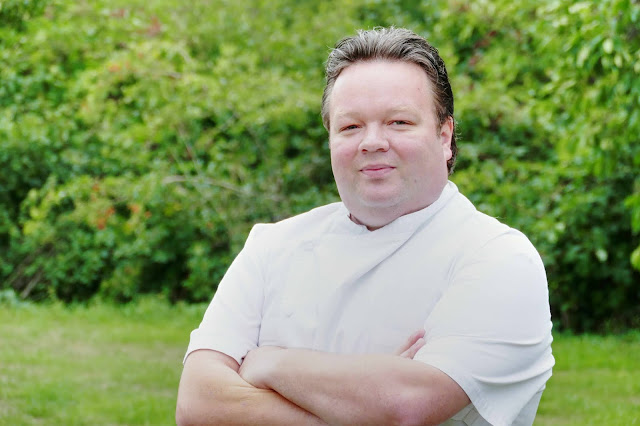 * Adam Gaunt-Evans is executive chef at The Three Eagles.

A man with an international culinary reputation has been chosen as executive chef at Llangollen’s new Three Eagles Restaurant and Bar.

Adam Gaunt-Evans, who is returning to his hometown to take up the prestige appointment, come with over 20 years of culinary experience, having cooked in some of the world’s most exclusive venues spanning three continents and seven countries.

The Three Eagles owner Matt Jones said: “To be able to announce Adam as our executive chef makes me extremely excited.

“His skills coupled with the experience he brings with him from his time in top class kitchens around the world makes him an ideal acquisition for what we are looking to achieve at The Three Eagles.”

After finding his love for cooking at the age of 14 Adam went on to train at London’s five-star Dorchester Hotel and continued on to the Michelin-starred Green House in Mayfair as well as working alongside the acclaimed chef Bjorn Van der Horst.

Adam continued his success operating top restaurant kitchens across a host of exotic countries and in his first international role worked as a senior chef at the Burj al Arab, the iconic Dubai landmark regarded as the world’s first seven-star hotel.

His skills later took him to further luxury resorts in the Maldives, Thailand and Australia, where he worked in a seafood restaurant headed by celebrity chef Peter Kuruvita.

Adam joins The Three Eagles following his latest overseas venture which saw him head-hunted for the role of executive chef at Sri-Lanka’s five-star Galle Face Hotel.

Here he oversaw the successful re-opening of the hotel’s group of six restaurants following a 30m dollar restoration and refurbishment.

Adam says The Three Eagles will be the ideal venue for guests to experience menus that will reflect the rich cultural diversity of Llangollen, home to the world’s first International Eisteddfod.

“The Three Eagles is going to offer a new dining experience to the town and surrounding areas,” said Adam.

“I am working closely with owners Matt and Vicky and operations director Tracey to create exciting menus ranging from leisurely brunches and the perfect traditional Sunday lunch to a full evening a la carte experience. Our sophisticated bar will provide an exciting venue to enjoy perfectly mixed drinks with convivial sharing dishes.”

He added: “Wherever I have been in the world, Llangollen has always been my home. North Wales has some of the best natural produce available and I’m very excited to be working again with Welsh suppliers, farmers and producers, championing seasonal produce and really showcasing the quality of our region.”

The Three Eagles will include a cocktail bar with a restaurant featuring signature dishes such as seared native scallop with curried pumpkin, parmesan and vanilla butter, as well as sticky Welsh beef short rib in stout with champ potatoes, charred leeks and crispy garlic.

“We have already begun recruiting a very strong senior team,” revealed Adam. “But we look forward to welcoming applications as we create new opportunities for local people aspiring to work in the hospitality industry. There has never been a better time to join - our internal training program and future expansion will provide exciting opportunities for our employees.”

The Three Eagles is the latest venture by Llangollen-based entrepreneur-couple Matt and Vicky Jones and will be the first feature under the One Hundred knights hospitality brand, whose mission is to “redefine travel experiences and dining out trends within the region, with an exciting collection of restaurants, bars and leisure venues”.

* To find out more about The Three Eagles, Llangollen go to www.thethreeeagles.co.uk
Posted by llanblogger at 7:31 AM