Bell ringer will be remembered at St Collen's

On 1st September a group of bell ringers from Hertfordshire will ring a peal (5040 changes with no repeats) on the bells of  St. Collen's in memory of Bertram Prewett (1878 - 1915).

He was one of the finest bell ringers of his era and on 13th September 1907 he and a group of friends rang a peal at Llangollen while on a bell ringing tour of the area.

He was brought up in Bushey, Hertfordshire, and was a post office clerk until he enlisted in the army in early 1915.

He was killed in action, shot through the throat, on 31st August 1918 and is buried in France.

This information was kindly provided by Alan Regin, who received an MBE in the January New Years Honours for his work in developing the Roll of Honour  of bell ringers killed during WW1, of whom approximately 1,400 are known.

Anyone who would like to know more about bell ringing is very welcome to come along to any practice night.

These are held on Wednesday evening between 7.30p.m and 9.00p.m. in the church tower. 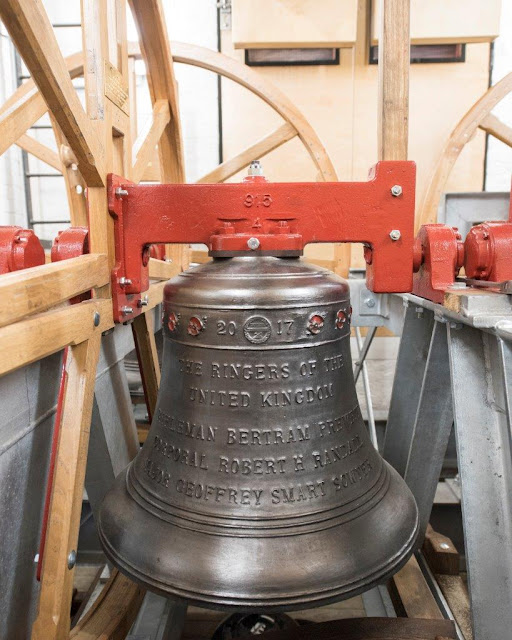 * The bell dedicated to Bertram Prewett and others,
which is part of a ring of bells, dedicated to bell ringers who lost their lives in WW1, at St. George's Memorial Church, Ypres, Belgium. 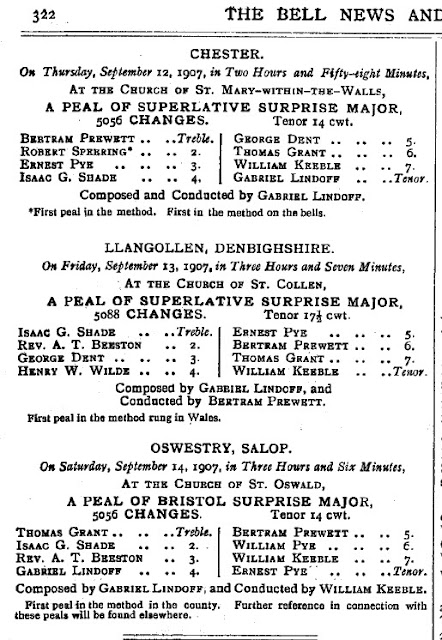 * One of peal plaques which are displayed at
churches in Llangollen, Oswestry and Chester.