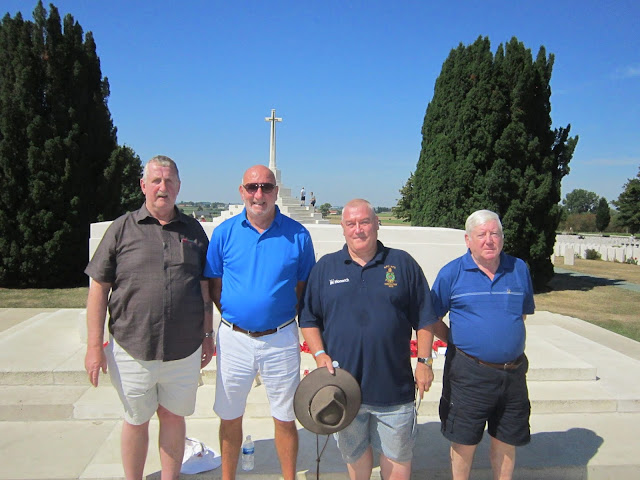 When Llangollen’s Royal British Legion chairman Philip Stroud visited a bar in the famous First World War town of Ypres in Belgium he left behind a very special memento of his visit.


It was a glass of beer which the ex-soldier asked the barman to put in pride of place on the top shelf behind him.
Quite simply, he says, it was so that the lads who never made it there themselves from 1914-18 could have a drink on him.


Phil and three fellow members of the town’s Legion branch recently joined their comrades from across Britain at a special ceremony in northern France honouring the fallen of the First World War.
A decade after the end of the war in 1918 the British Legion, as it was then known, organised an expedition for veterans and widows to visit the battlefields of the Somme and Ypres before marching to the Menin Gate in Ypres on August 8th 1928.

Exactly 90 years later, thousands of Legion representatives crossed the Channel to recreate the 1928 Battlefields Pilgrimage and visit the same battlefields.


They also paraded their branch standards and a wreath along the same route to the Menin Gate for the One Hundred Days ceremony commemorating the last 100 days of the war and representing an entire generation that served while defending their country.


They took with them the official good wishes of the Town Council and people of Llangollen expressed to them at a gathering in the town’s new Centenary Square before they left for France.

Philip Stroud, who himself served with the King’s Regiment, said: “We first spent some time visiting some of the war’s most famous battlefields and went on to join the parade in Ypres for the special commemorative day of August 8.

“Staying at Valenciennes, we first paid our respects at the Memorial Museum at Passchendaele and later visited Tyne Cot, near Zonnebeke in Belgium. The largest cemetery for Commonwealth forces in the world, it contains almost 12,000 graves of which over 8,000 are un-named, and is very moving.

“We also called in at a church nearby which was razed to rubble during the war but totally rebuilt afterwards bearing the badges of the British regiments who fought in that area in its stained glass windows. These include those of the Manchester and Salford regiments which interest me as I served with the Manchesters during my time in the army.

“Next stop for us was at Hill 60 where the Canadians fought and then it was on to Ypres, which was in the middle of a bitterly contested salient throughout the war.

“Next day we drove over to the Somme battlefield where it was very emotional to visit the huge red dragon memorial to the 38th (Welsh) Division at Mametz Wood.

“Our group joined in with the singing of the Welsh National Anthem, which brought tears to more than one pair of eyes.

“Still on the Somme we stopped at the enormous Thiepval Memorial, which bears 74,000 names, and later it was on to see the impressive Canadian memorial at Vimy Ridge.”

Philip added: “We returned from France to neighbouring Belgium to revisit Ypres for the parade the next day and, along with the other Legion contingents, laid wreaths on the Menin Gate.

“That evening we called in for a drink at a small bar opposite the town’s famous Cloth Hall, which would have been there at the time of the war, and ended up with one more glass of beer than we needed for the group who were there.

“I decided to do something which I hope was a little special with it and asked the man behind the bar to put it up on the high shelf.

“My intention was to leave it there for the lads who died in the war and never made it in there for a drink themselves.

“Joining the pilgrimage was a very poignant experience. I’ve never been to the First World War battlefields before but I’d certainly like to go back there again.

“It was also good to carry with us the official greetings of the Mayor and people of Llangollen.” * A huge crater blown by a mine on the Ypres Salient. 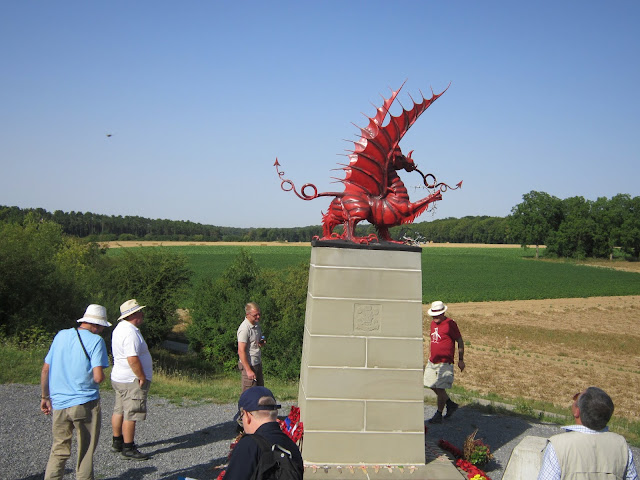 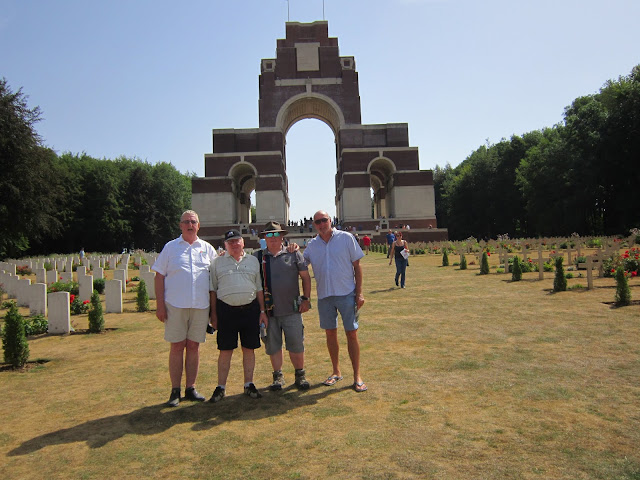 * The Llangollen group at Thiepval Memorial on the Somme battlefield.