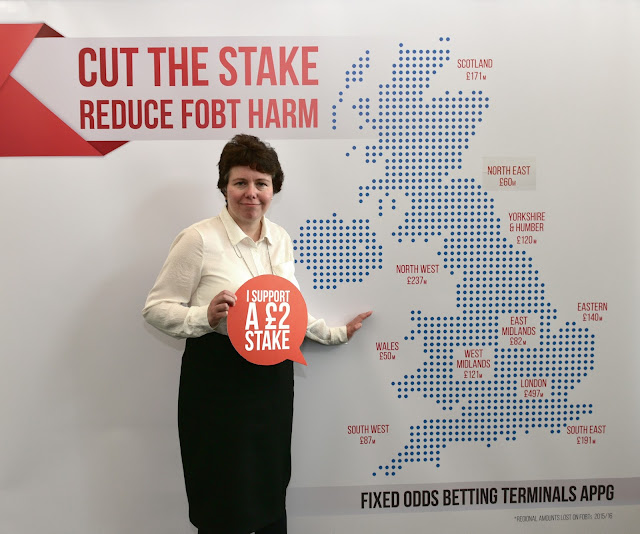 Clwyd South MP Susan Elan Jones is calling on the Government to take much tougher action to tackle problem gambling.

She is especially keen to see the Government drastically reduce the stakes allowed on Fixed Odds Betting Terminals from £100 to £2.


Ms Jones said: "I am really concerned about this issue and its impact on families and individuals.

"In the last Parliament, I was very involved in a campaign to get controls over Fixed Odds Betting Terminals devolved to the Welsh Government.

"Although the UK Government would not do this at first, our persistent campaigning did finally get them to include partial devolution in the Wales Bill."

She added: "I want the entire UK to be covered by laws that mean stakes on Fixed Odds Betting Terminals are reduced from the staggering £100 a stake which is legal now down to £2.

The UK Government is currently considering responses from the Call for Evidence into Gaming Machines and Social Responsibility launched in October 2016. The Department for Culture, Media and Sport is expected to publish the next stage of the Review, with its proposals, this October.
Posted by llanblogger at 7:23 AM