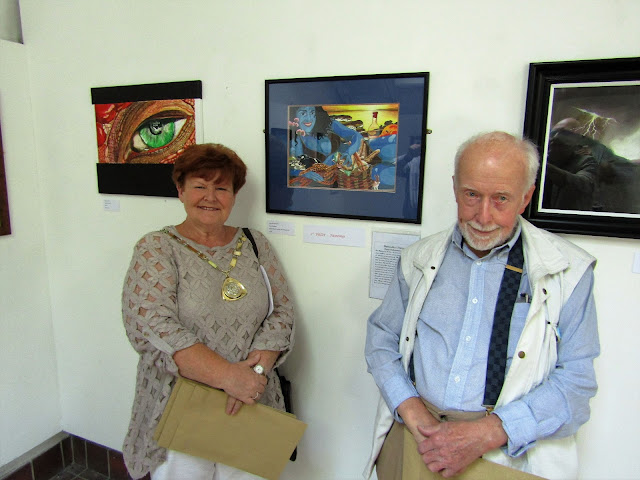 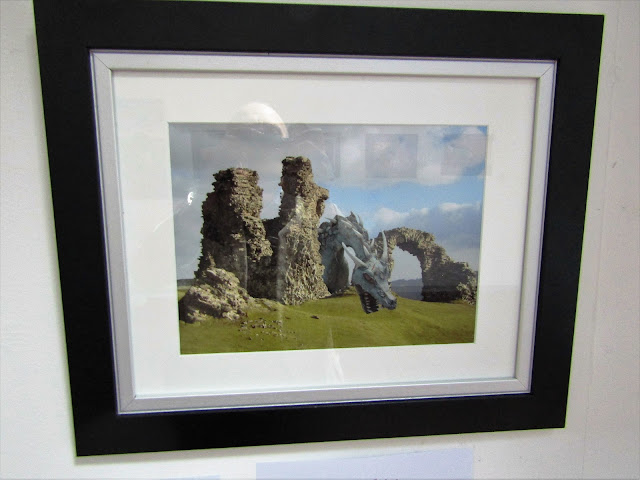 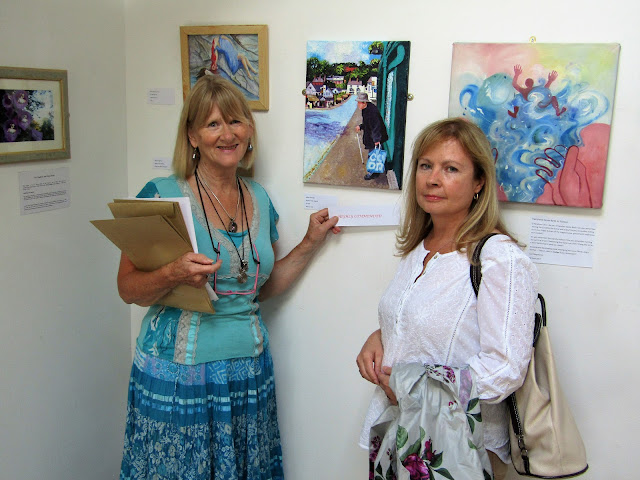 * Amongst those highly commended was Jillian Handley for her painting Modern Day Legend, depicting well-known Llan character Wyn Hughes. She is pictured, right, with Sue Hall of Plas Newydd. 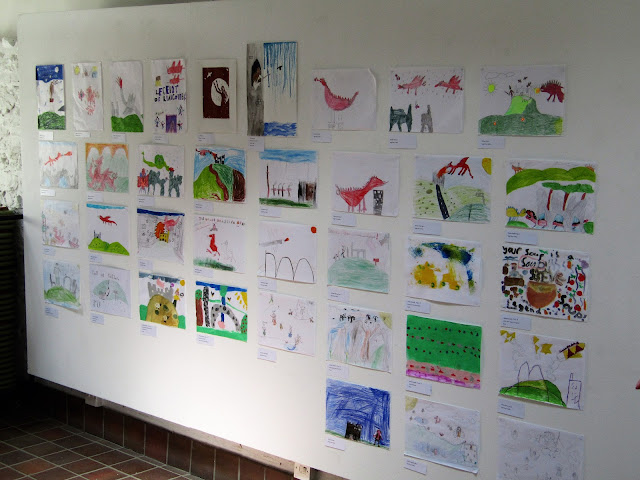 * Colourful entries in the children's category now on display.

Once again the competition was organised in conjunction with Llangollen Fringe.

This year it linked in with the Welsh Year of Legends and extended to the whole of the Dee Valley as represented by the Area for Outstanding Natural Beauty.

Organisers were looking for any photo or painting/sketch from children or adults with a link to a myth or a legend in this area.

Winner of the adults' photograph category was Dawn Field for Mystical Dinas Bran and the prize was lunch for four people at Caffi Florence in Loggerheads Mold.

The adults' painting first prize went to Terence Edmonds for his picture Blue Myfanwy. His prize was lunch for four people in Plas Newydd Tea Rooms.

Legend has it that Blue Myfanwy of the Dee is a greedy, lustful goddess who is up for anything and loves a bacon sandwich. She is also said to favour the International Eisteddfod and the Fringe Festival.

Children's prizes were also presented. In first place was Mathilda Sutcliffe, aged eight, for Steve Your Soup is Legend. Her prize was a £25 voucher donated by the Friends of the Clwydian Range and Dee Valley.

Second prize of £10 to spend in the Craft and Hobbies Shop, donated by shop owner Rob, went to Lily Anderson, 13, for her Branwen ar drudwy, and third prize, £5 in cash donated by local artist Mike Flory, was awarded to Madison Byers, nine, for her picture Giant.

All entries will be on show in The Potting Shed exhibition space in the grounds of Plas Newydd until Saturday August 5.
Posted by llanblogger at 6:32 AM