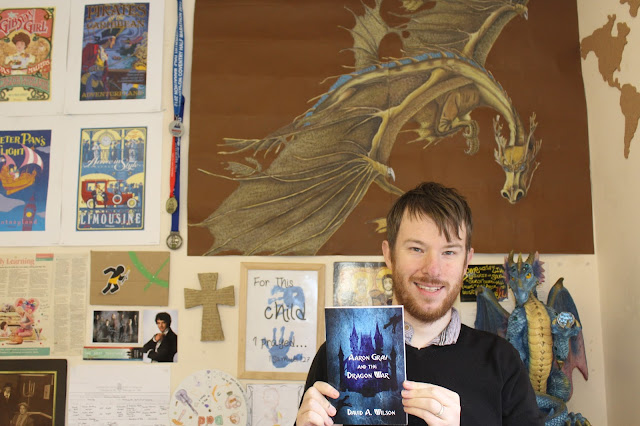 Valle Crucis Abbey is set to feature in a new children’s book out next month.

The ancient abbey on the outskirts of Llangollen is the inspiration for St Jadis’s Abbey, the home of Cecil the Dragon in the fantasy novel aimed at ages 10+ which will hit bookshelves on March 1.

The book by David Wilson, called Aaron Gray and the Dragon War, is about a troubled child from a care home who gets sucked into a world of dragons and other magical creatures where he is forced to use every trick he can think of in order to survive. 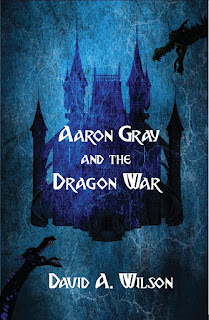 The abbey is seen almost as soon as Aaron enters the fantasy world, when he lands just outside it ... in a pile of dragon dung.

The story goes: “Behind Aaron and Julia was an ancient church. Grass and mud covered the floor and there was no roof over what once must have been the main room. Most of the church walls remained intact but seemed to have been made from whatever stones had been lying around at the time, stuck together by a strange muddy concrete.

"A group of five small flying creatures, about the same size as dragonflies, were flying around a well that was close to the main entrance, their wings glistening in the sunlight. Aaron could hear water flowing nearby, probably from the river that he'd seen while he was plummeting to the ground.”

Later the children walk around the abbey and past the pond before meeting a terrifying, green dragon who sends them on a quest through the valley.

David Wilson said: "My family shared a caravan on the site next door to the abbey, so I was there for about half of my childhood.

"I lived with my Grandma in Llangollen while I was at university, and was given my first ever dragon by a Llangollen shopkeeper. It seemed only fair to include a small part of Llangollen in my fantasy world, as my way of saying thanks."
Posted by llanblogger at 6:35 AM