Plan for extra police gets go-ahead 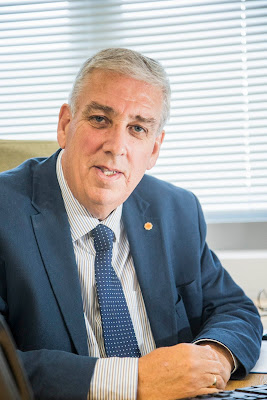 Seventeen extra police officers and an additional six staff will be recruited in North Wales after a police boss won backing for his budget plans.

The increase of 3.79 per cent in the police precept is among the lowest in Wales and was backed by the public in an online survey.

The survey showed that 63 per cent of almost 1,000 council taxpayers questioned were in favour of an increase of five per cent or more.

The average householder in a Band D property will pay just £9.09 extra a year, a total of £249.21 for the annual police precept, up from £240.12, and it comes in the wake of a cut of more than £1 million in the Government’s policing grant for North Wales.

Next year the central government grant, which makes up half the force’s budget, will amount to £71.7 million, a 1.4 per cent cut.

The panel refused to consider the proposal last week and deferred the meeting until today.
Arfon Jones was "disappointed and frustrated" last week's meeting was deferred 90 minutes before it was due to start.

He said: “I am pleased we have finally been able to resolve this issue because the interests of the people of North Wales must always come first.

"We live in challenging times and that is true of policing as well as other areas of society.

"The figure of a 3.79 per cent increase is based on a sound business case which has been worked through in great detail and in consultation with the Chief Constable.

“I have also consulted with the public by holding an online survey which almost 1,000 council taxpayers took part in and which saw an overwhelming majority in favour of an increase of at least five per cent.

“The increase is considerably less than that and is based on achieving a balance between running an efficient and effective police force with a recognition that many people in North Wales find it difficult to meet even a small increase.

“The level of the precept is crucial to the effectiveness of the force in keeping North Wales a safe place to live, work and visit and setting it is one of my principal responsibilities.

"As a result of the decision today, North Wales Police will be able to recruit another 17 police officers and six more members of staff.

“Policing budgets have been under pressure for a number of years and this will certainly continue to be the case with a further £7 million in cuts to the budget due by 2020.

“There will be continued uncertainty for police funding for 2018/19 and beyond so it was vitally important to get today's decision right.

The Commissioner and the Chief Constable have agreed cuts of £2.86 million in the North Wales Police budget for 2017-2018 with over £1.25 million of those cuts reinvested in frontline services which will also be boosted by an extra £1 million in front line posts from the precept increase.

Mr Jones added: “Policing is under great pressure from new demands being placed upon it – who would have thought that the majority of crime in North Wales is now being committed online rather than on the street?

“My reserves are in a stable and healthy position and so I am only looking to increase council tax in order to fund the coming year’s expenditure and to deal with the effect of further reductions in government grant if and when this should occur.”
Posted by llanblogger at 6:31 AM