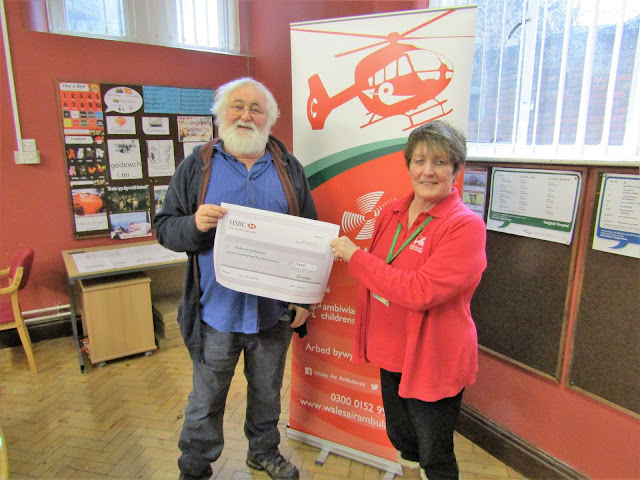 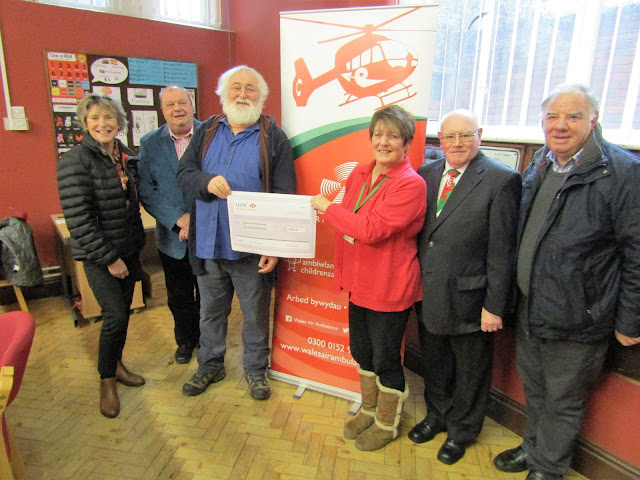 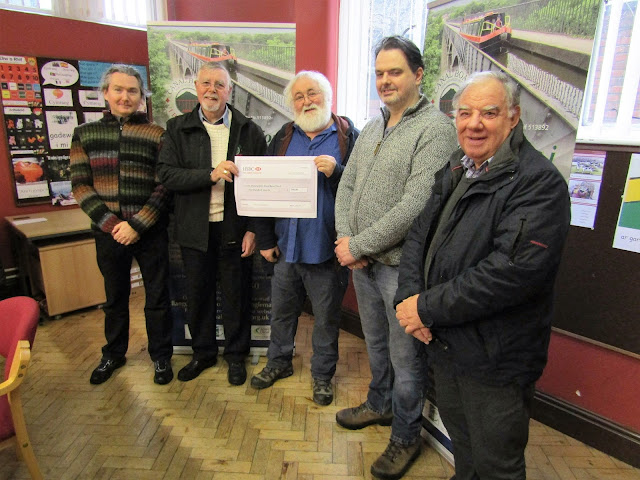 Two charities picked up a Christmas bonus from the people of Llangollen at the Town Hall this morning (Thursday).

As a result of the town's successful Llangollen Christmas Festival back in November members of the organising committee handed over donations from the proceeds to Wales Air Ambulance, which received £1,000, and the Canal Boat Trust which was given £500.

Wales Air Ambulance received a further £740 from Town Crier Austin "Chem" Cheminais, which came from various Santa events he arranged around Christmas time including quizzes, an auction and the Rotary sleigh ride through the area.

Chem, who also chairs the Christmas Festival Committee, said: "We normally just support Wales Air Ambulance but this year to acknowledge the significant contribution made by Gill Thomas to the Festival and the grotto before her untimely death last year we decided to make a donation to the Canal Boat Trust which was very dear to her.

"I'm delighted that Gill's two sons, Rhodri and Penri came along to receive the cheque."

He added: "We were overwhelmed by support for last year's festival, which attracted over 2,000 people to the town during the course of the day.

"Santa also arranged a programme of fundraising events in the run-up to Christmas and he passes on his thanks to everyone who supported them in aid of such a good cause."
Posted by llanblogger at 11:55 AM