The Welsh Government has extended the enhanced biosecurity requirements in order to protect poultry and captive birds from a strain of avian flu circulating in the UK. The protection zone covers the whole of Wales and has now been extended until 28th February 2017. 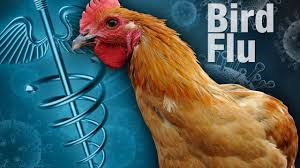 Further measures have been introduced in respect of restrictions on auctions and sales.

Outbreaks of Highly Pathogenic Avian Influenza (H5N8) have been confirmed in poultry and wild birds in several areas of the UK including south Wales and this order is a precautionary measure to help prevent potential infection from wild birds.

Similar orders have also been put in place in Scotland and England.

The Welsh Government is continuing to monitor the situation closely and has increased its surveillance activity, while keepers are being urged to reinforce biosecurity measures on their premises.

Councillor David Smith, Cabinet Lead Member for Environment, said: “There have been several cases in the UK and this is an important precautionary measure to prevent further outbreaks. The prevention zone has been declared to reduce the risk of infection from wild birds and to allow time for poultry and captive bird keepers to put appropriate biosecurity measures in place.

“Poultry keepers are advised to be vigilant for any signs of disease in their birds and any wild birds, and seek prompt advice from their vet if they have any concerns. Even when birds are kept indoors, a small risk of infection remains so biosecurity should not be compromised. Clothing and equipment should be disinfected, the movement of poultry should be reduced and contact between poultry and wild birds should be minimised.”

* Poultry keepers can keep up to date with the requirements or get further information from http://gov.wales/topics/environmentcountryside/ahw/disease/avianflu/?lang=en
https://www.gov.uk/guidance/avian-influenza-bird-flu