UB40 will be together on eisteddfod stage 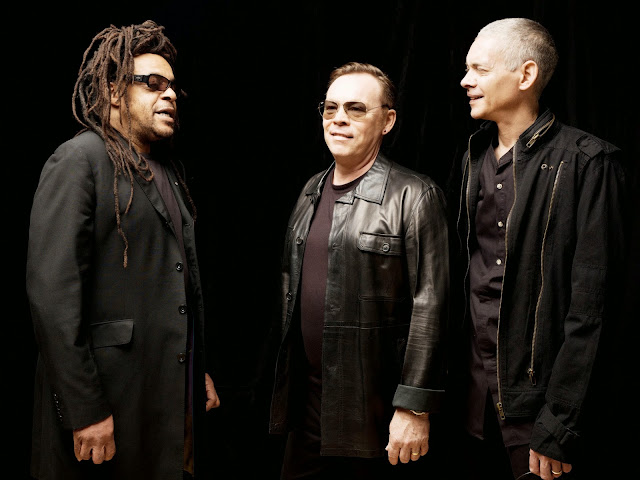 The music legend who formed one of the world’s top reggae bands has spoken about the bitter feud with his brother who's in a rival version of their original group.

Ali Campbell, the legendary voice of UB40, will be one of the star attractions at the Llangollen International Music Festival this year.

He will be reunited on the eisteddfod stage with percussionist, trumpet player and vocalist, Astro and keyboard player, Mickey, all three being founding members of the original UB40.

Campbell and Mickey left the original UB40 in 2008 but the vocalist admits things just weren’t the same until Astro joined them in 2013 after he walked away from the remaining UB40 band members.

He said: “It was, and remains, a very acrimonious and bitter split. My brother, Duncan, betrayed me. I used to go to him for advice and told him I wasn’t happy with the way the band was being managed.

“He agreed with me that the band was being badly represented and business decisions were being wrongly taken and told me the best thing to do was walk away and refuse to sing any longer which is what I did.

“The next thing I know Duncan has taken over as lead vocalist and has been murdering my songs ever since.”

He added: “But once Astro decided he had to walk away - the original UB40 doing a country album being the final straw - and join Mickey and myself it’s being like going back to our early UB40 days.

“High energy, packed sell-out audiences and we are back on our mission taking reggae music to the world.

“Llangollen, I can promise, won’t have ever seen a concert like the one we intend to put on. I know Status Quo were there last year, well I can promise you this, we’ll smash them."

The gig on Sunday, July 12, will be the final concert of Eisteddfod week and is being sponsored by the Village Bakery.


Managing Director Robin Jones said: "We're very proud to have supported the Llangollen International Musical Eisteddfod for a number of years because it is such a fantastic festival that puts Wales on the world map.
"We can't wait to be in the audience when Ali Campbell, Astro and Mickey bring the curtain down on this year's. I'm sure it's going to a brilliant concert."
Other big draws during Eisteddfod week include Oscar-winning music legend Burt Bacharach, the immensely popular Canadian singer-songwriter Rufus Wainwright, heart-throb tenor Alfie Boe and TV choirmaster Gareth Malone.
There will also be the world premiere of a new work to celebrate the 150th anniversary of the Welsh colony in Patagonia in a concert that will also star former royal harpist Catrin Finch.
According to Campbell, now 56, who was born and raised in Birmingham, he can't wait to experience the magic of the Llangollen Eisteddfod.

He said: “We are promoting reggae to packed audiences right around the world and are really looking forward to Llangollen.”

“Reggae just gives you something different, a freedom I suppose. It’s probably the youngest genre around but I listen to music from all around the world and the reggae influence is massive. It’s so influential."

Campbell, who now lives in Christchurch on the south coast, added: "We are in the middle of world tour which is going brilliantly. The simple truth is we are the hottest reggae band around. If you want real reggae and the real UB40 then it has to be us.

“In the last year we have performed in Australia and New Zealand, where I was one of the three judges on New Zealand’s Got talent, and Papua New Guinea.

Father-of-eight Campbell added: “I just want to put on the best show possible and that’s what I promise UB40 fans who come to see our shows. Llangollen won’t have seen anything like it, it’s that simple.”

The Llangollen International Music Festival's musical director, Eilir Owen Griffiths, said: “We try to ensure as many genres as possible are represented at the Eisteddfod and I’m sure the audience will be thrilled to hear Ali Campbell, the legendary voice of UB40, with Astro and Mickey performing all those top UB40 hits.

He added: “The unique atmosphere will be evident on the Eisteddfod field throughout the week as hundreds of competitors and thousands of visitors mingle with spontaneous performances breaking out.

“It’s a fantastic event and, like many of our volunteers, staff and supporters, I absolutely love it.”

* To book tickets and for more details on the 2014 festival go to the website at www.international-eisteddfod.co.uk
Posted by llanblogger at 7:10 AM