Nepalese dancers still aiming to be at Eisteddfod 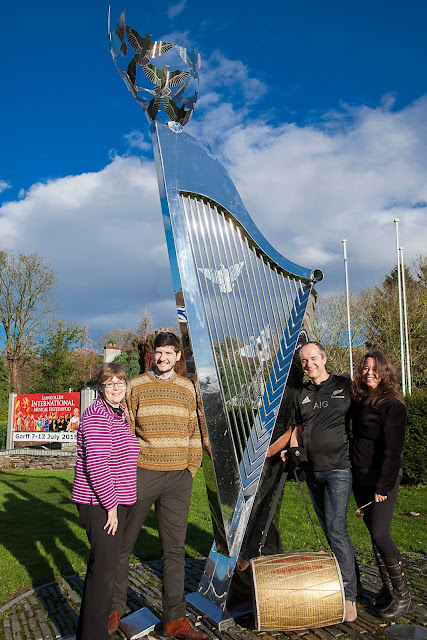 * Sue McEvoy and Ben Sawin from Llangollen Eisteddfod
with  Todd Lochhead who is co-ordinating efforts to
bring over a dancing troupe from Nepal called
The Rising Culture Group to next year's Llangollen
International Eisteddfod and Lisa Lochhead.


Members of a Nepalese dance troupe  still hope to be at this summer’s Llangollen Musical Eisteddfod - despite the devastation caused by two earthquakes.

More than 30 dancers from the Rising Culture Group from the World Heritage site of Bhaktapur, about 10 miles from the Nepalese capital of Kathmandu and around 100 miles from Mount Everest, had hoped to  attend this year's festival.