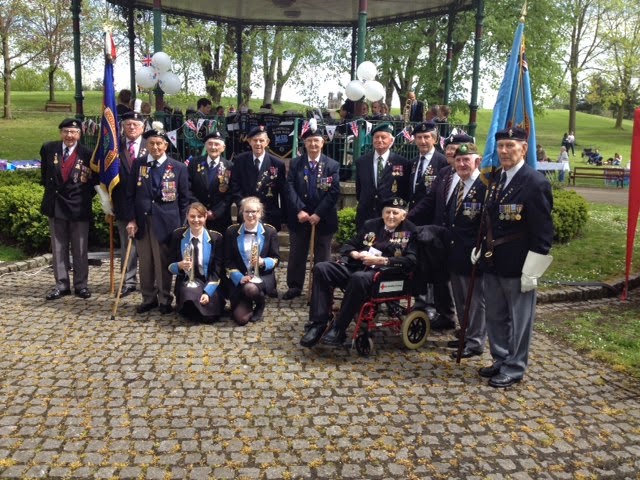 Llangollen Silver Band were delighted to be invited to play at Bellevue Park, Wrexham last Monday  as part of the VE Day 70th anniversary celebrations.

On a beautiful Bank Holiday afternoon the band began by accompanying hymns in a service led by the Rev Gerald Griffiths.

Tributes were also paid by Councillor David Griffiths and the chairperson of the Friends of Bellevue Park, Barbara Jones.

Attending the service were a number of World War Two veterans and all in attendance observed a two-minute silence to remember the fallen.

The band's principal cornet player, Mia Thomas, ended the silence with the haunting call of The Last Post.

Following the service the band performed a varied musical programme whilst the veterans and audience enjoyed a tea party in the sunshine.
Posted by llanblogger at 6:36 AM