Health centre to be sold on open market 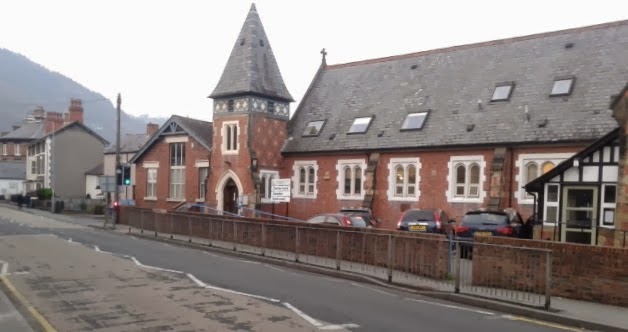 LLANGOLLEN Health Centre is to be put up for sale on the open market, according NHS chiefs.

The move comes after the building in Berwyn Street, which is due to be replaced this summer by the new £5 million primary care resource centre currently being built in Mill Street, was offered for possible redevelopment as affordable housing and there were no takers.

The fate of the current health centre, which houses the area’s GP practice, was the subject of a Freedom of Information request to its owners, the Betsi Cadwaladr University Health Board (BCUHB), by Llangollen resident Mike Edwards who says he is “extremely disappointed” with the response.

Mr Edwards asked a number of questions, including whether the board has the building on a freehold basis, exactly how it was declared surplus to requirements, if the property is listed and if the board intends consulting the community about its disposal.

In its reply the board confirms it owns the freehold and says: “The decision to transfer the GP practice to a new primary care resource centre was made at the BCUHB meeting in January 2013, following formal public consultation.

“The papers from that board meeting outlined clearly how services would be changed, as a result of which the premises are no longer required.

“These changes included the development of a Primary Care Resource Centre (PCRC) in Llangollen.  This is currently under construction and is due to open in the summer of 2015.

“The site option appraisal undertaken for the replacement PCRC development discounted the use of the current health centre and the site was declared surplus to use.

“There are statutory obligations with regards to listed buildings, and buildings in conservation areas, therefore if it was applicable these requirements would be taken into consideration.

“The health board has considered community benefit in the sense that the property has been offered for affordable housing and advertised on the e-PIMS website. There are no further plans to consider community benefit.”

The board’s reply adds that health boards in Wales are obliged to offer any surplus land or buildings considered to have potential for residential development for the development of affordable housing in the first instance.

And it adds: “The availability of Llangollen Health Centre was offered, however this did not produce a result.

“The health board now intends to offer the property for open market sale.”


Mr Edwards said of the response: “I am extremely disappointed at the length of time it has taken to answer my request which was made originally back on April 8.
“The board's initial reply referred to the wrong property although I clearly identified the subject property with its postcode. I can only conclude that the health board is being deliberately obtuse and employed delaying tactics.


“It is alarming to find that that the board has no intention of consulting the local community about the future of a building which was originally constructed as a school with the support of public contributions.


“The property is in a conservation area so any future schemes need to be tastefully designed in sympathy with the buildings in the immediate area, particularly St Collen's Parish Church and Llangollen residents need to be consulted.”


He added: “The board are clearly proposing to sell the property on the open market to the highest bidder when in fact they came by the property through a transfer from the former Secretary of State for Wales (pre-devolution) and are now endeavour to profit from its disposal whilst totally ignoring the views of the residents of Llangollen.


“They appear to have learnt nothing from the recent proposals in relation to maternity services at Glan Clwyd which we all know is subject to Judicial Review because of the inadequacies in the way they imposed their decision on the public.”
Posted by llanblogger at 7:37 AM