Denbighshire County Council has been successful in receiving government funding to replace the county’s street lights with a more modern and energy efficient technology.

The Council has successful applied for funding through Salix, a government funded initiative to fund a six year energy reduction programme, worth £280,760k a year.

To help reduce energy consumption, the council will: 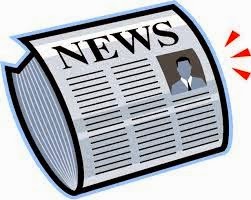 Steve Parker, Denbighshire's Head of Highways and Environmental Services, said: “The council’s street lighting electricity costs increased by over 10% during the 2014/15 financial year, which led to an increase of £35k on the current street lighting energy bill.

“The cost to run the lighting was £345,340 and with the certainty of increases in electricity tariffs this additional increase would have placed an additional burden on the street lighting budget.

“Any further increases in energy costs would have an adverse effect on the council’s ability to maintain existing lighting to its current standards. That is why we had to consider applying for a large investment, to ensure the sustainability of the service."

As well as financial savings, there are environmental benefits through reductions in carbon emissions.

Councillor Smith added: “There are currently 11,790 lighting units in Denbighshire, much of which is outdated and inefficient in comparison to modern technology currently available.

“Street lighting has a major impact on the environment, allowing use of areas after dark and reducing crime and fear of crime. The use of modern and recyclable street lighting equipment can provide options for reductions in energy use, thus reducing the authorities’ carbon footprint leading to a more sustainable future for the street lighting service."

To date the council has replaced the majority of its lanterns on principal roads with new efficient LED light sources. This has resulted in significant energy savings of over £100K per year.
Posted by llanblogger at 2:36 PM