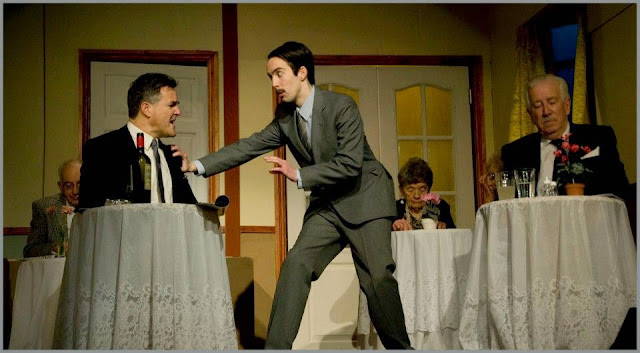 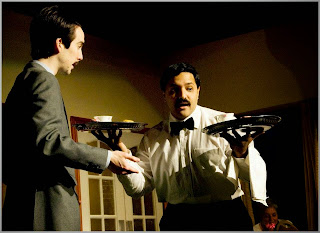 * (Above and left) scenes from the Twenty Club's last production of Fawlty Towers. Pictures by Chris Noble.

FOLLOWING their sell-out production of Fawlty Towers in 2012, the Twenty Club in Llangollen will be performing three more episodes of the iconic sit-com this November and are holding open auditions this summer.

The auditions will be held in Llangollen Town Hall on Tuesday July 28 at 7pm.
All main roles and supporting parts will be up for grabs.
Fawlty Towers, by John Cleese and Connie Booth, was one of the major TV comedy hits of the Seventies and the three episodes being performed this time round will be Communication Problems, Waldorf Salad and Basil the Rat.

They will be staged at Llangollen Town Hall during the week commencing November 2.