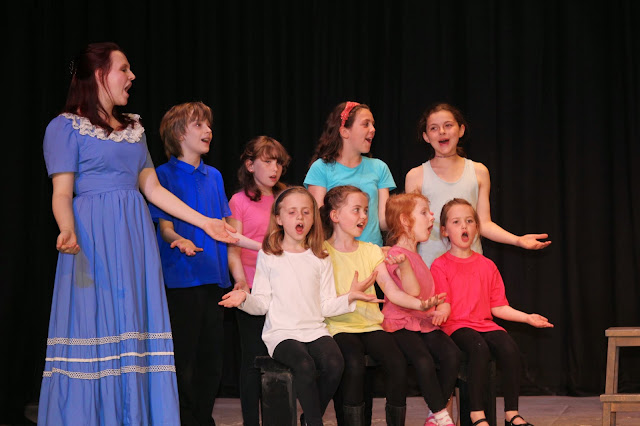 * Members of the Young 'Uns reprise their recent show, Half a Sixpence.
Pictures courtesy of Malcolm Potter.
THE cream of Llangollen’s young talent took to the stage at the Town Hall last Friday for the annual Mayor’s Charity Concert.


The show, proceeds from which are to be split between the town’s Christmas festival and the Wales Air Ambulance, opened with members of Llangollen Operatic Society’s junior section, the Young ‘Uns, performing scenes from its recent successful production of the musical Half a Sixpence.
They were followed by the recorder group and a specially formed rock outfit from St Collen’s School who played a song they had personally penned for the occasion.


Next on the bill came pupils from Ysgol y Gwernant with songs and recitations in the Welsh language.
During the interval the retiring Mayor, Cllr Bob Lube, presented cheques of £300 each from his charity fund to six local youth organisations.


The second half of the show began with a rousing set from Llangollen Silver Band and continued with solo musical pieces from harpist Lucy Mwale and acoustic guitarist Jamie Thomas who performed a number of his own compositions.
Finale came from the Silver Band who were called back for an encore at the end of their set. 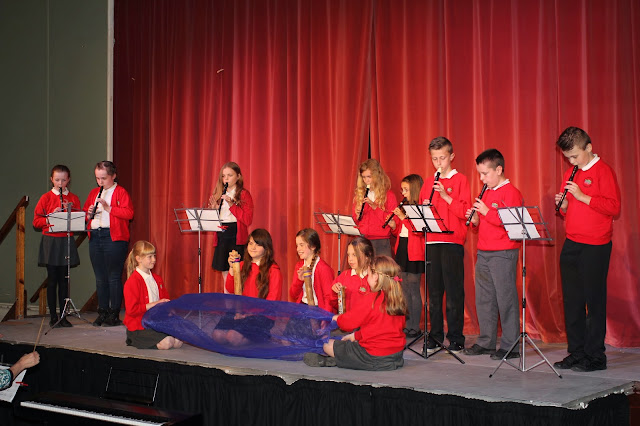 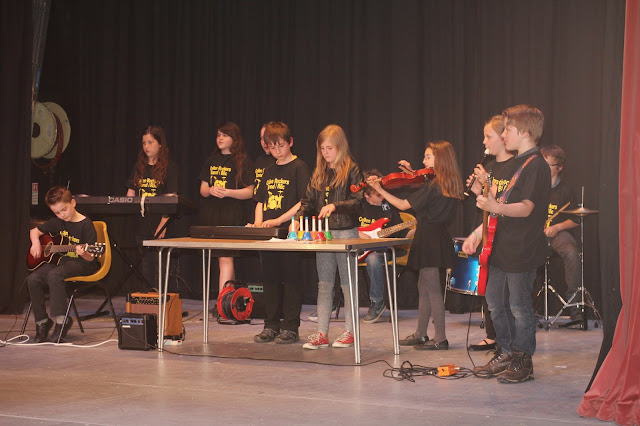 * An up-tempo number from Collen Rockers. 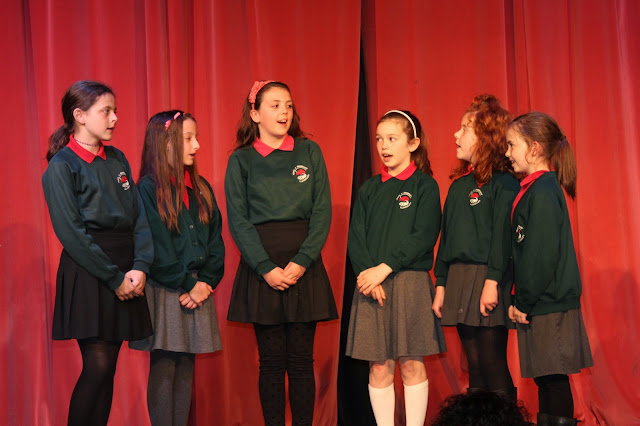 * The girls from Ysgol y Gwernant take the stage.
Posted by llanblogger at 6:58 AM