It is now illegal for small shops and retailers in Wales to display cigarettes and tobacco in public.
North Wales South East Wales South West Wales The change in the law, which covers newsagents, pubs, clubs and small shops, means failure to cover up cigarette displays is now a criminal offence. 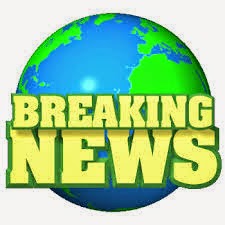 Large businesses have had to cover their tobacco displays since 2012, but small businesses have been given extra time to prepare for the change in the law.
The new rules will also change the way in which tobacco products must be priced – only three types of price lists and labels for tobacco products are allowed.
The display ban is aimed at reducing the uptake of smoking among young people in particular by removing eye-catching tobacco displays. Smokers will still be able to buy their cigarettes and tobacco from small shops and the new rules will not limit availability.
Retailers can contact their local trading standards office for advice to ensure they comply with the new law.

Surveys have consistently shown strong public support for a ban on the display of tobacco products. A 2010 survey by Cancer Research UK found 73% of people asked supported for the removal of point-of-sale displays.
Health and Social Services Minister Mark Drakeford said: “We have come a long way in our efforts to tackle the damage tobacco can do to our heath – from regulating advertising and sales, to banning smoking in public places. We have made progress in reducing smoking rates, with the Welsh Health Survey showing 21% of Welsh adults saying they currently smoke. However, we need to take further action.

“The ban on displaying cigarettes and tobacco is the next step to help us limit the attraction of cigarettes, especially among young people, and further raise awareness about the dangers of smoking. Evidence from Cancer Research UK shows that despite the success of the ban on tobacco advertising, prominent displays remain a key factor in encouraging young people to take up smoking.

“Although fewer people smoke than ever, it still causes around 5,450 deaths in Wales each year. Around half of all regular smokers will die prematurely from smoking-related illnesses – that’s why we will continue to work tirelessly to reduce smoking levels to 16% by 2020.”
Posted by llanblogger at 6:58 AM