Demolition work on the former Dobson & Crowther factory off the A5 in Llangollen now appears to be in its final stages, as this picture shows.

With the riverside site now all but cleared llanblogger contacted Sainsbury's about the next stage of the project, and a spokesman replied: "J Ross have to construct the store before handing it over to us for fit out.

"They do not have a confirmed date for this but I believe it will be later in the year." 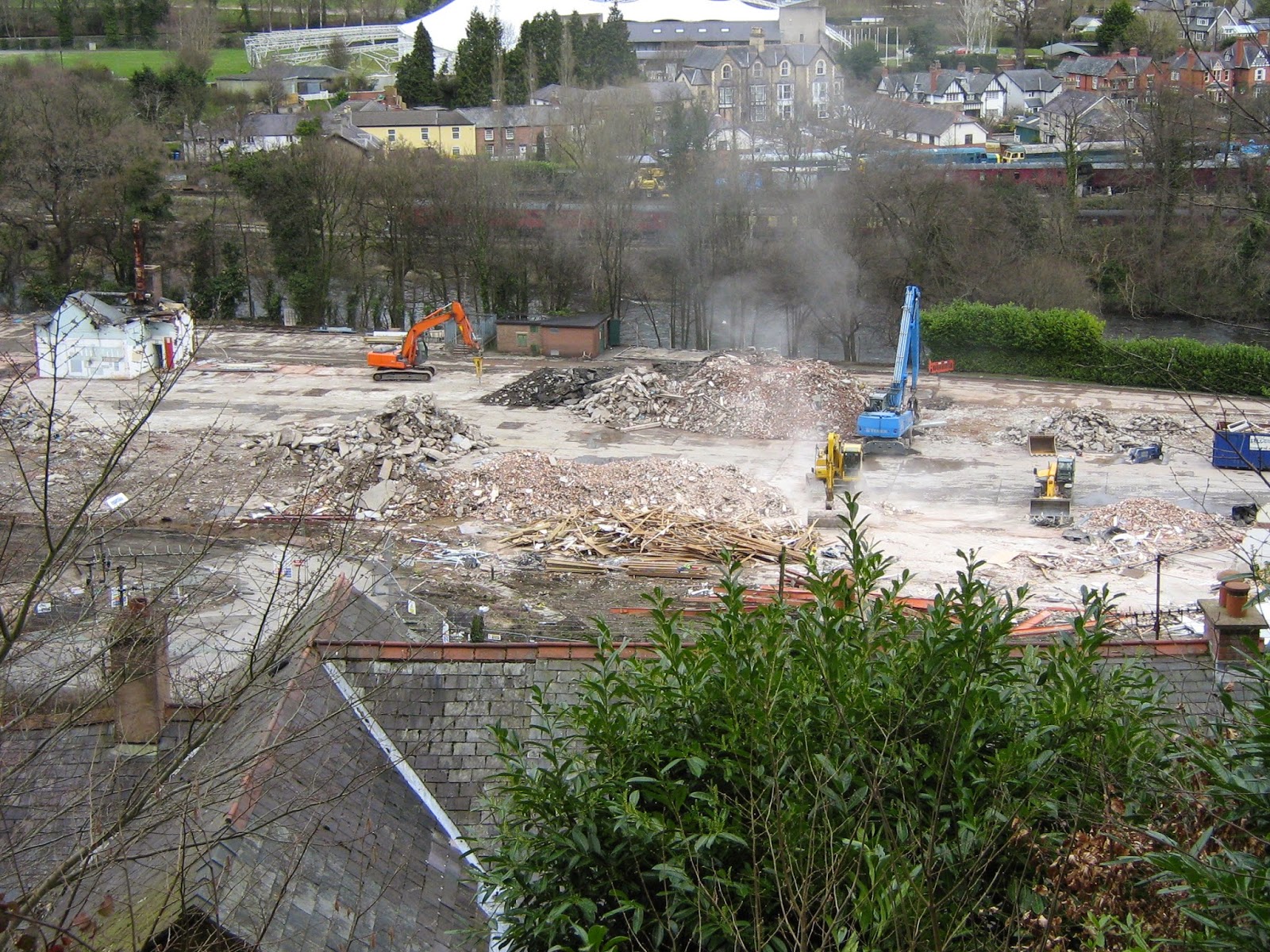 Posted by llanblogger at 9:26 AM