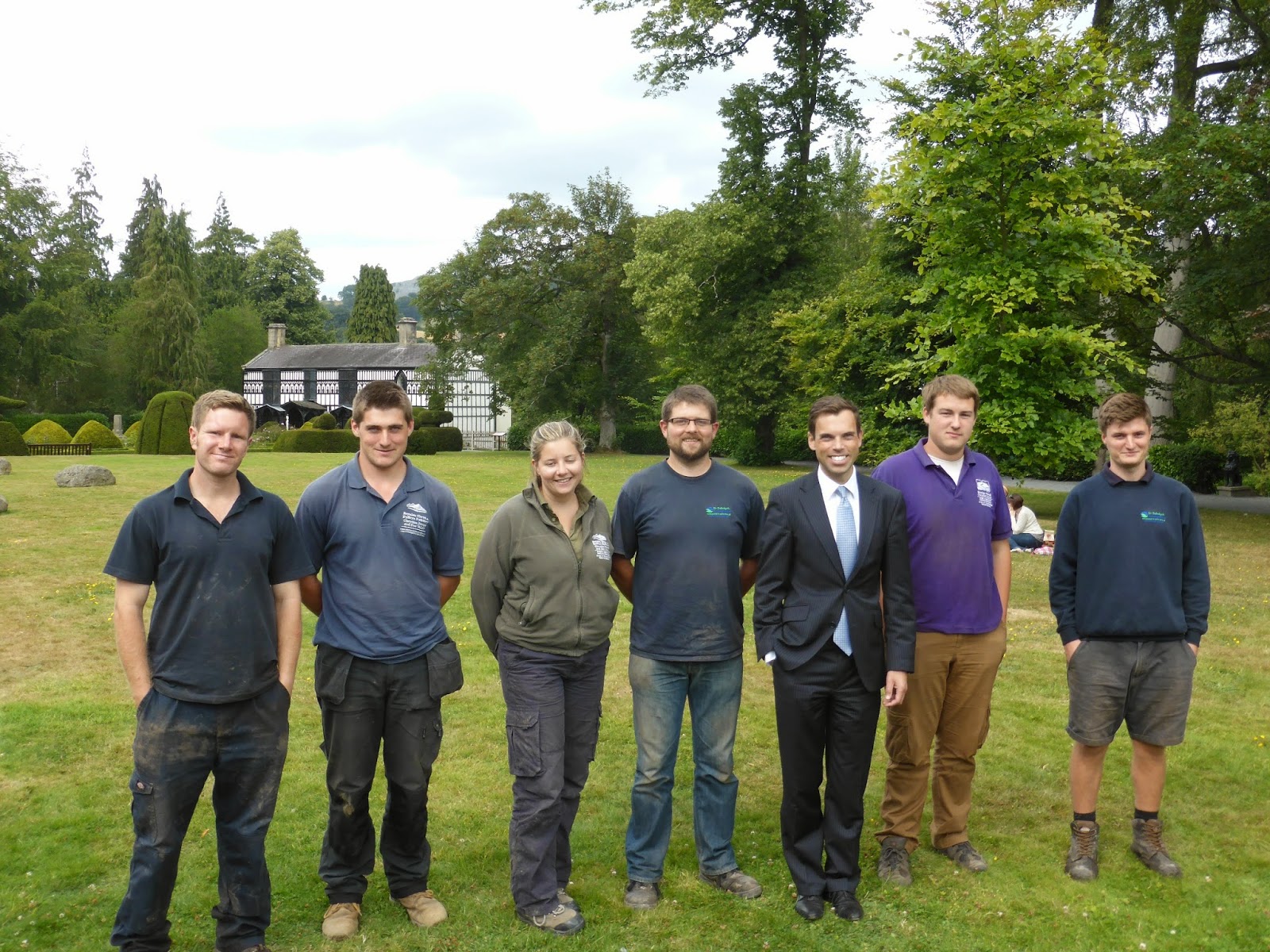 * Ken Skates AM with JGW recruits employed by Denbighshire
County Council at Plas Newydd, Llangollen.
Clwyd South AM Ken Skates has welcomed confirmation that "Europe’s most successful job creation scheme" will help thousands more young people into work in Wales.
Labour AM Mr Skates said it was ‘fantastic news’ that one of the Welsh Government’s priority programmes, Jobs Growth Wales (JGW), would begin a second cycle in May after "smashing all targets" since its inception in 2012.
Mr Skates, who catapulted JGW to widespread acclaim in his previous role as deputy minister for skills and technology, criticised political opponents for ‘mischief-making’ and ‘plain ignorance’ following `uninformed and inaccurate' claims the initiative had been axed.
He said: “There has been a lot of incorrect information bandied about regarding Jobs Growth Wales. I don’t know if it’s mischief-making and attempted political point-scoring or just plain ignorance – or both!
“Jobs Growth Wales has helped almost 15,000 16-24-year-olds into work and we are keeping it. It’s the benchmark for schemes of its kind across Europe, and there are obviously still some who can’t stand the fact it’s been an unprecedented success.”
Mr Skates added: “The most up-to-date figures show that 494 in Wrexham have been helped into work through this ground-breaking Welsh Labour Government scheme, plus another 516 in Denbighshire and 503 in Flintshire. That’s more than 1,500 young people we’ve found jobs and whose career prospects we’ve massively improved in North East Wales alone.
“Many private sector companies across the region have also benefited. I have visited several employers in Clwyd South who are delighted with the support they have received from the Welsh Government. There are now five Jobs Growth Wales recruits at Splash Magic, formerly Plas Madoc Leisure Centre, as well as countless other success stories.
“I’m incredibly proud of Welsh Labour’s Jobs Growth Wales programme and I look forward to seeing it go from strength to strength thanks to continued European funding.”
The Welsh Government has confirmed that plans are under way for another Jobs Growth Wales programme to begin next month. Current employees will not be affected and will continue to receive full support.
Minster for Education and Skills, Huw Lewis, said one of the reasons the Welsh Government has been able to invest so much in the JGW scheme is because of EU backing.
He added: “It is fantastic that Welsh Labour’s Jobs Growth Wales programme has supported so many young people in Clwyd South to find a good quality employment opportunity. Jobs Growth Wales has been hugely successful and we want it to go on making a difference in our communities.
“We will launch the successor programme next month and I look forward to helping many more young people across Wales to find sustainable employment.”
Posted by llanblogger at 8:12 AM