The day started with a grand parade led by Santa – in Welsh Sion Corn – and ended with a grand firework display and a red-hot performance by a circus-style fire artist.
The parade, watched by hundreds of people packing the main Castle Street, began at 1pm from Mill Street and wended its way through the town centre to the Town Hall where Santa took up residence in his grotto with his elf helpers and was visited by scores of youngsters over the next few hours.
There were fairground rides in a closed-off Oak Street and throughout the afternoon there was a full programme of entertainment both on the Capel steps outside the library and inside the Town Hall where there was also a host of craft stalls.
Amongst the outdoor performers were the choirs from the two local schools, Ysgol Bryn Collen and Ysgol y Gwernant, Llangollen Male Voice Choir, Llangollen Silver Band, the musical group Radiant Events and Dragonsong, a community youth choir from Wrexham.
On stage inside the Town Hall were The Smiths Blues Singers, the Manic Monday Choir and Chris Burton.
As darkness fell the group of local residents who staged a series of events throughout the year to raise cash for extra Christmas lights along Castle Street were invited to perform the official switch-on by Town Mayor, Cllr Bob Lube.
A fitting finale to the day’s events came with a firework spectacular firework and a firey display from a circus performer on the Capel steps.
All proceeds of the festival will go to Wales Air Ambulance. * Santa - Sion Corn - and his helpers lead the Christmas parade. 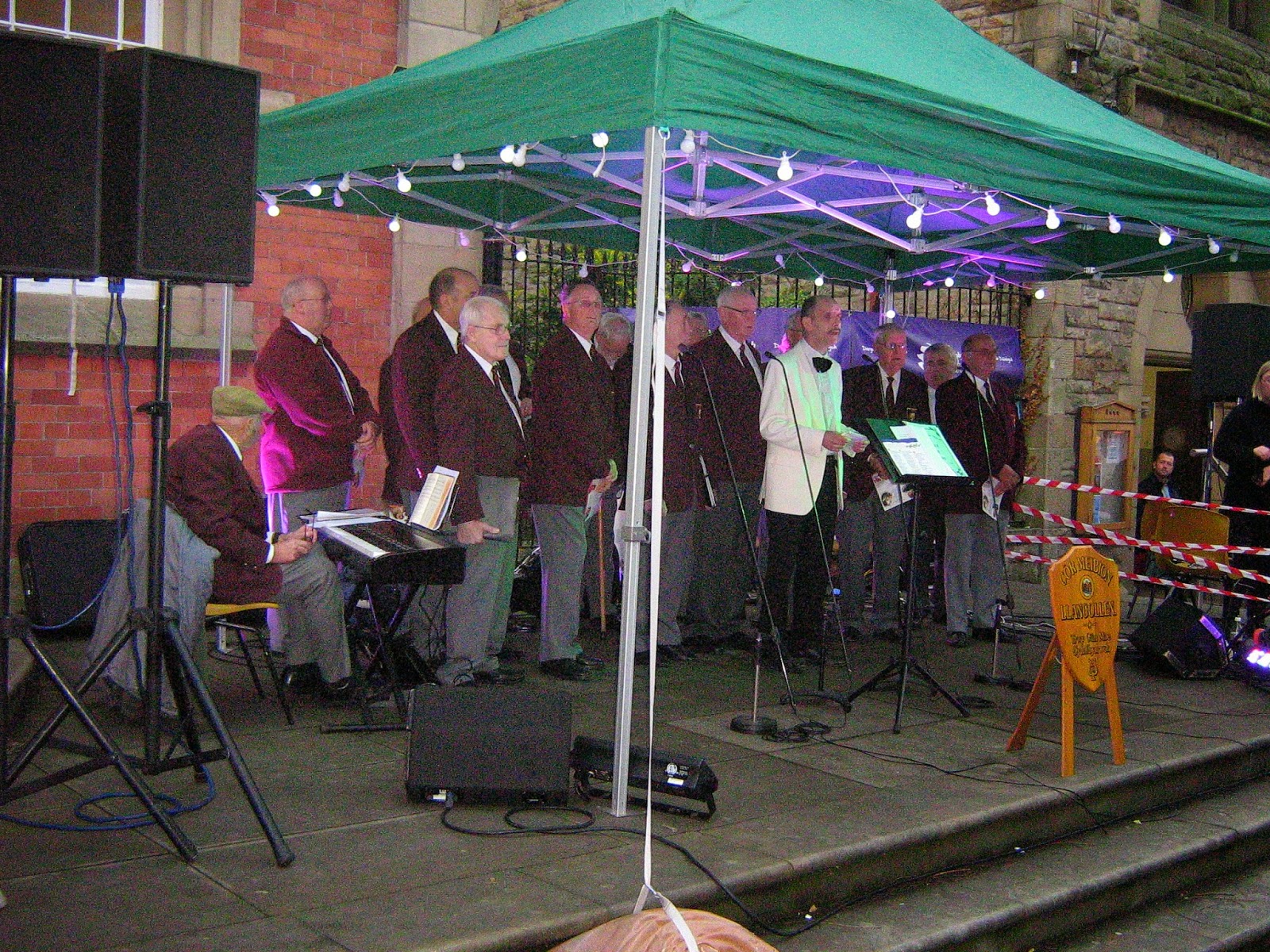 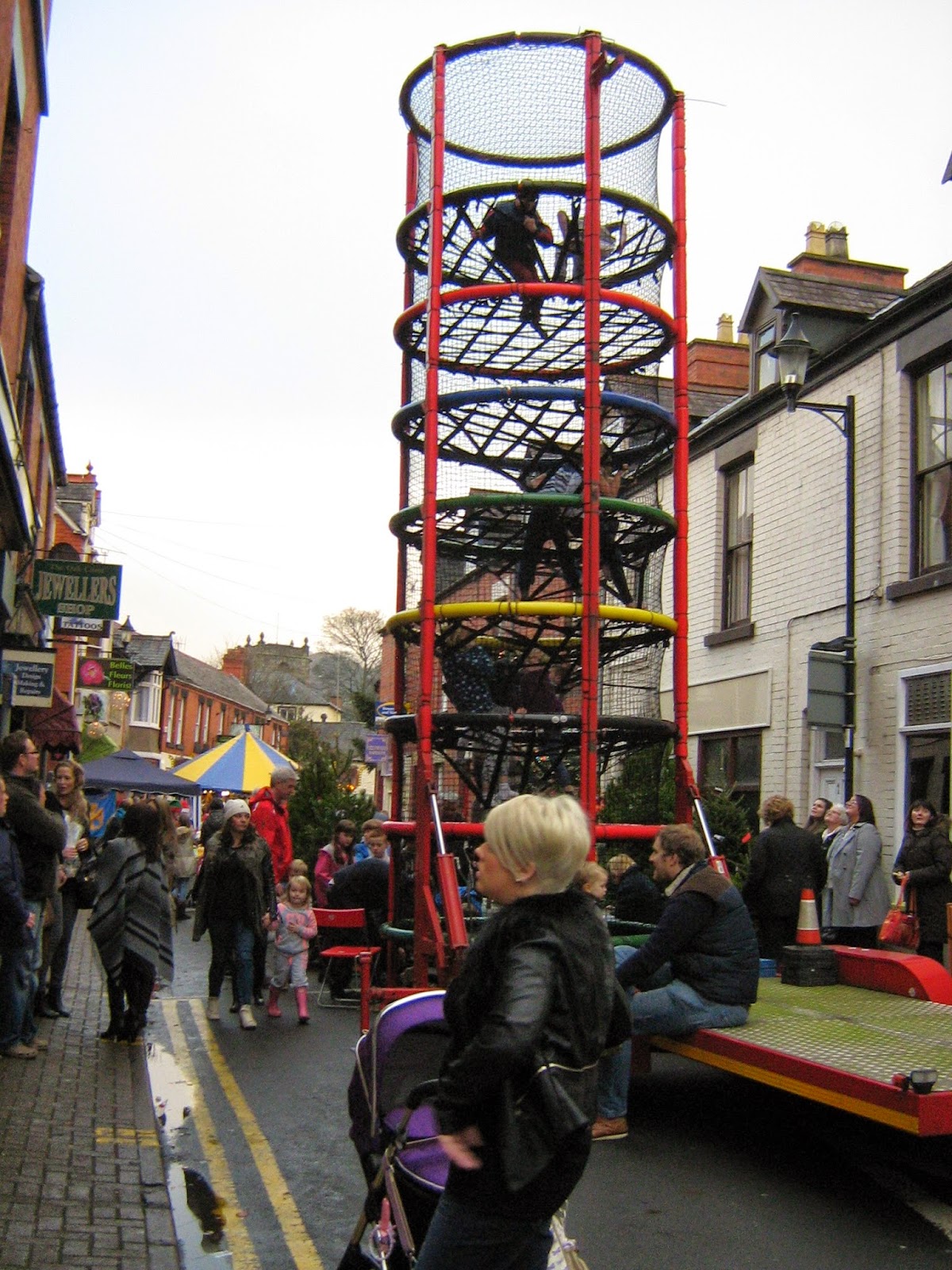 * A climbing frame attracts the crowds in Oak Street. 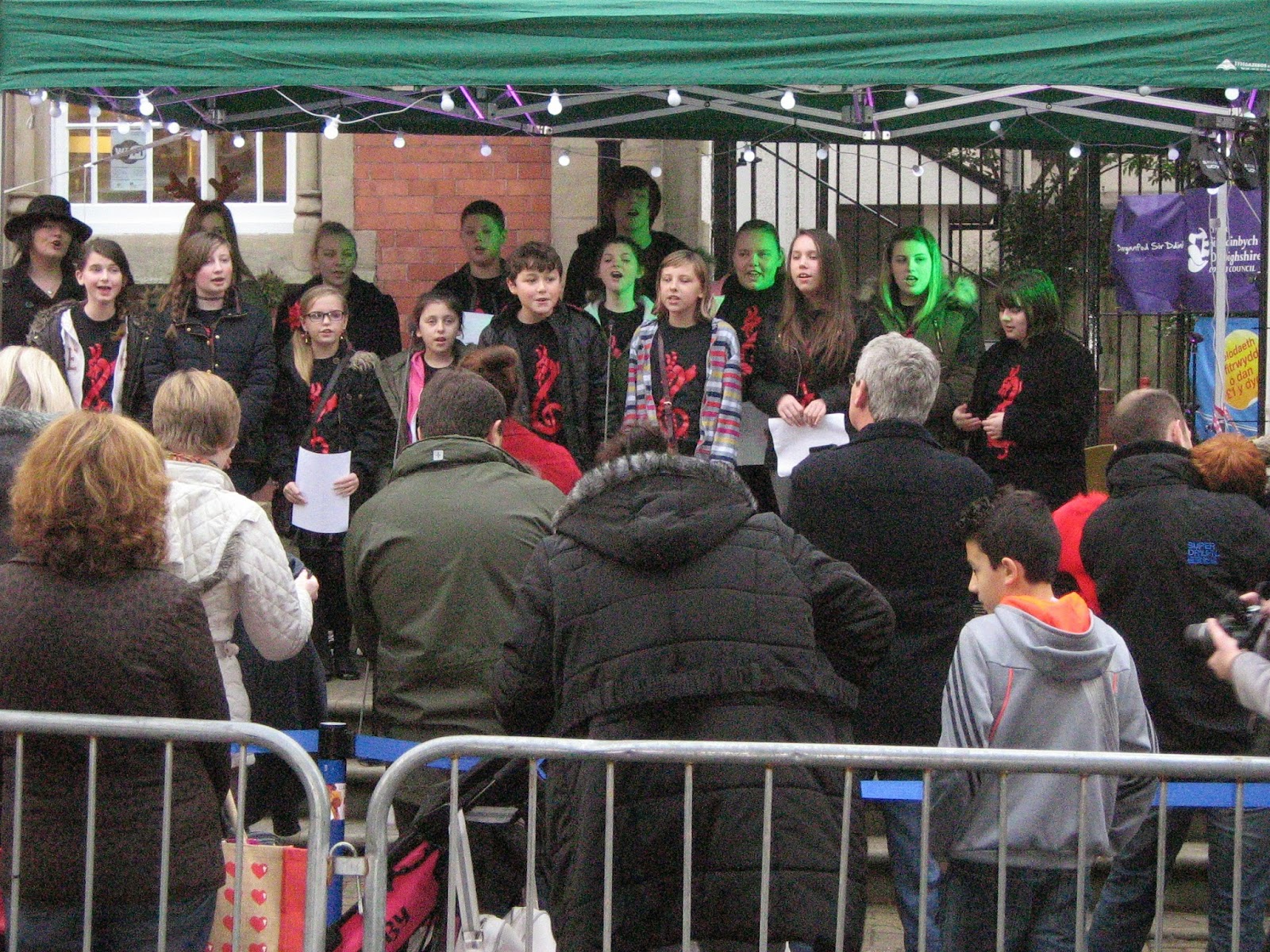 * Dragonsong from Wrexham sings for the crowds in Castle Street. 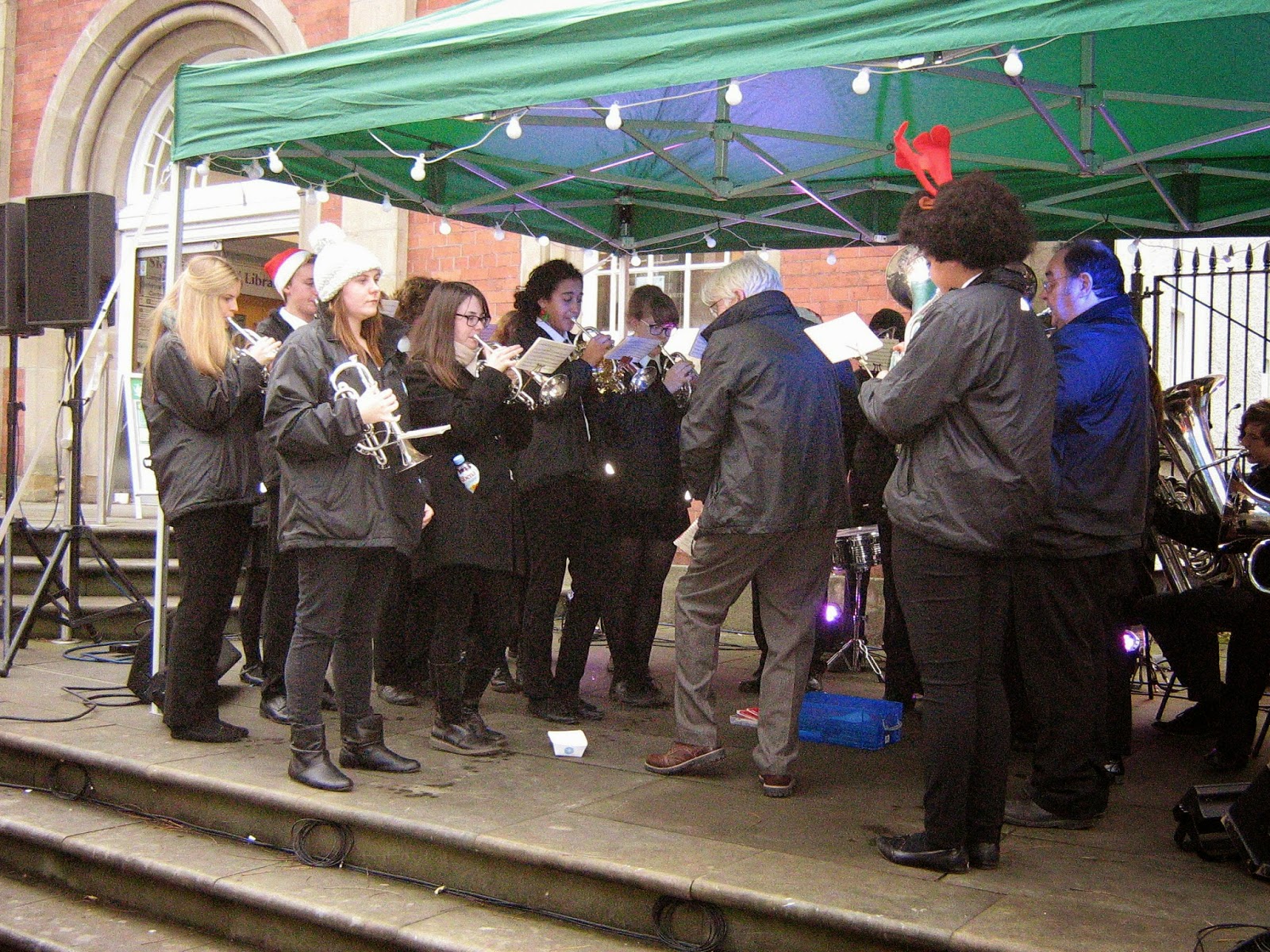 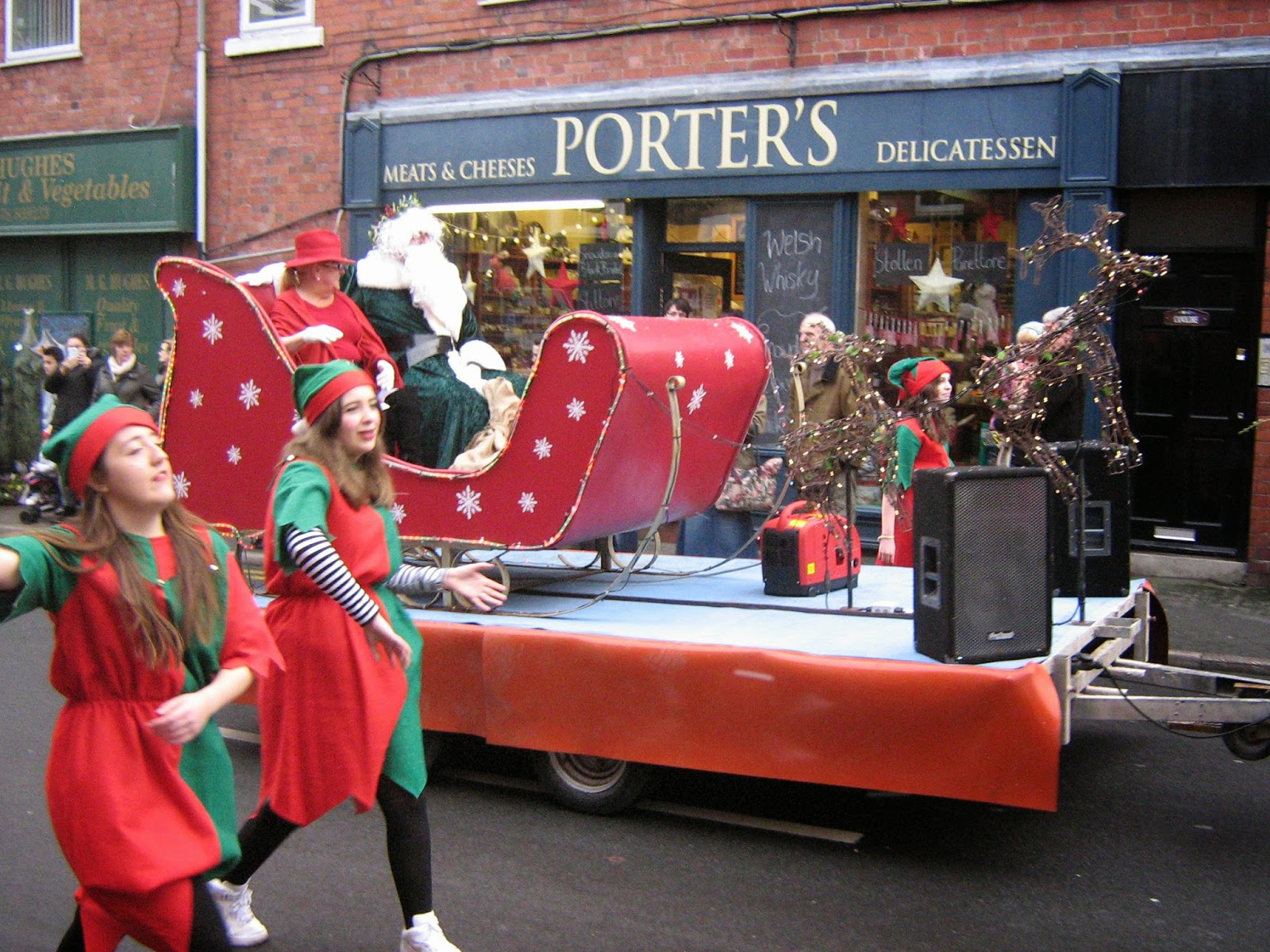 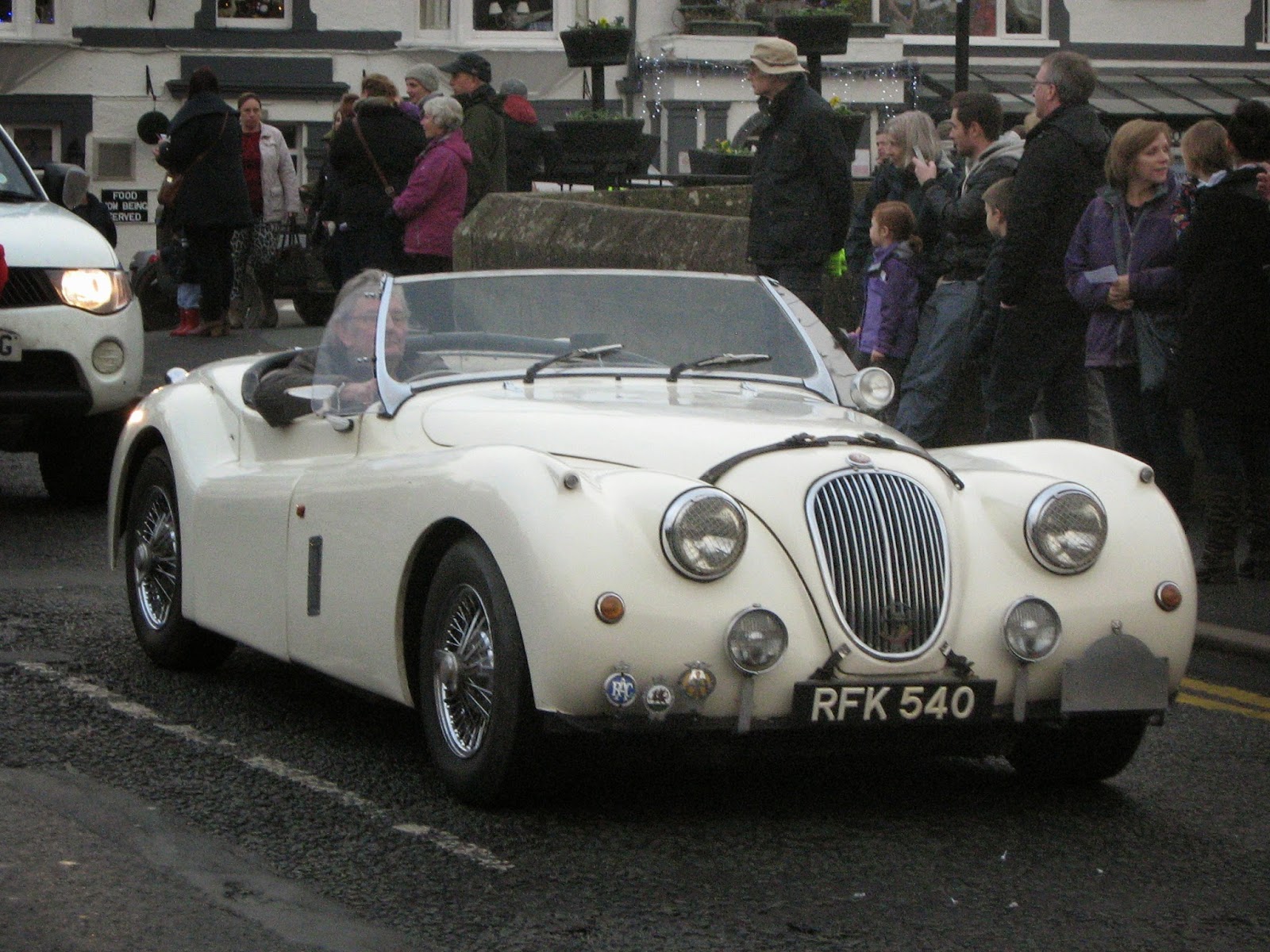 * One of the gleaming classic cars in the parade. 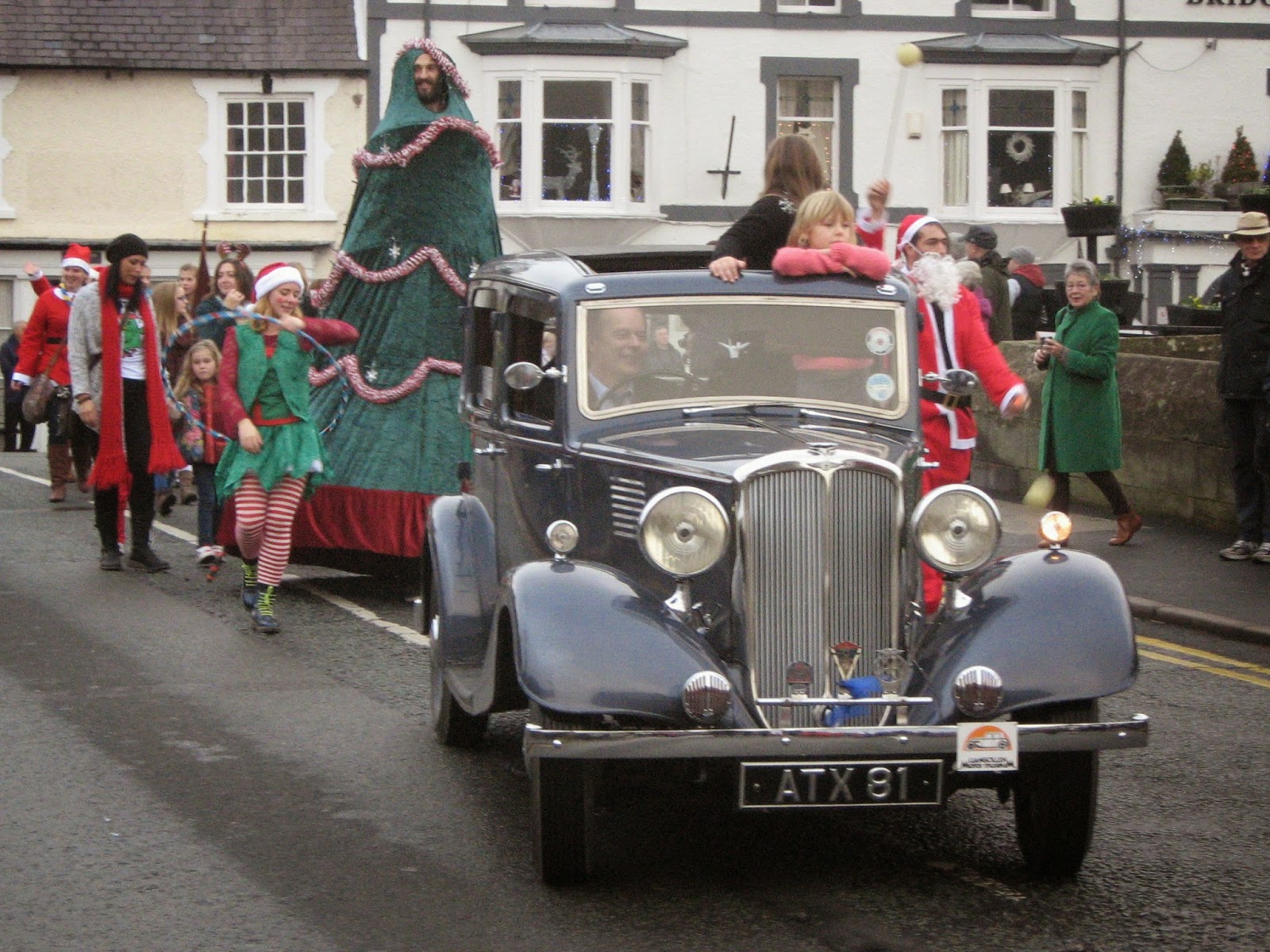 * An open-topped veteran car heads over the bridge. 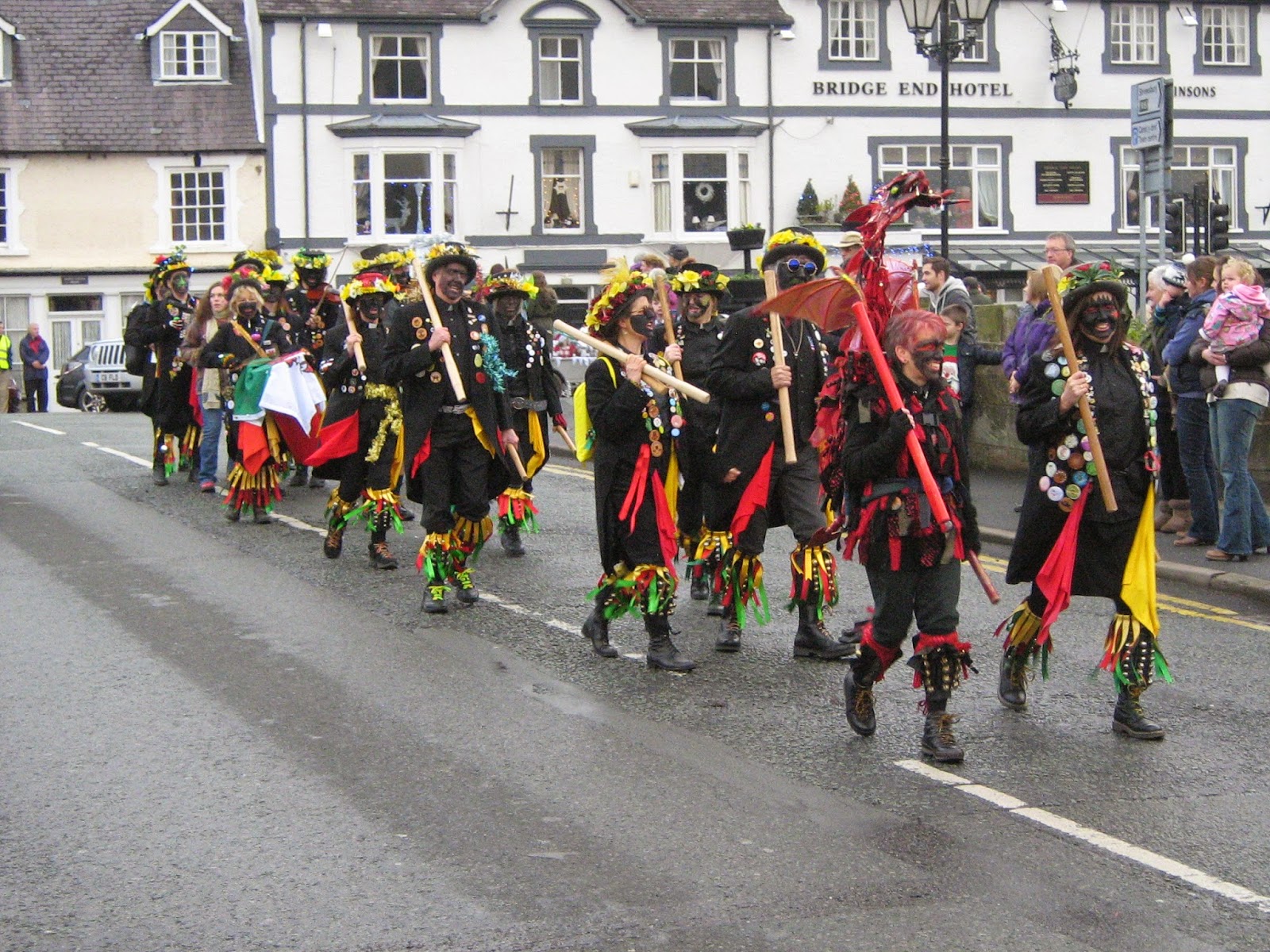 * Morris dancers were a colourful feature of the opening parade. 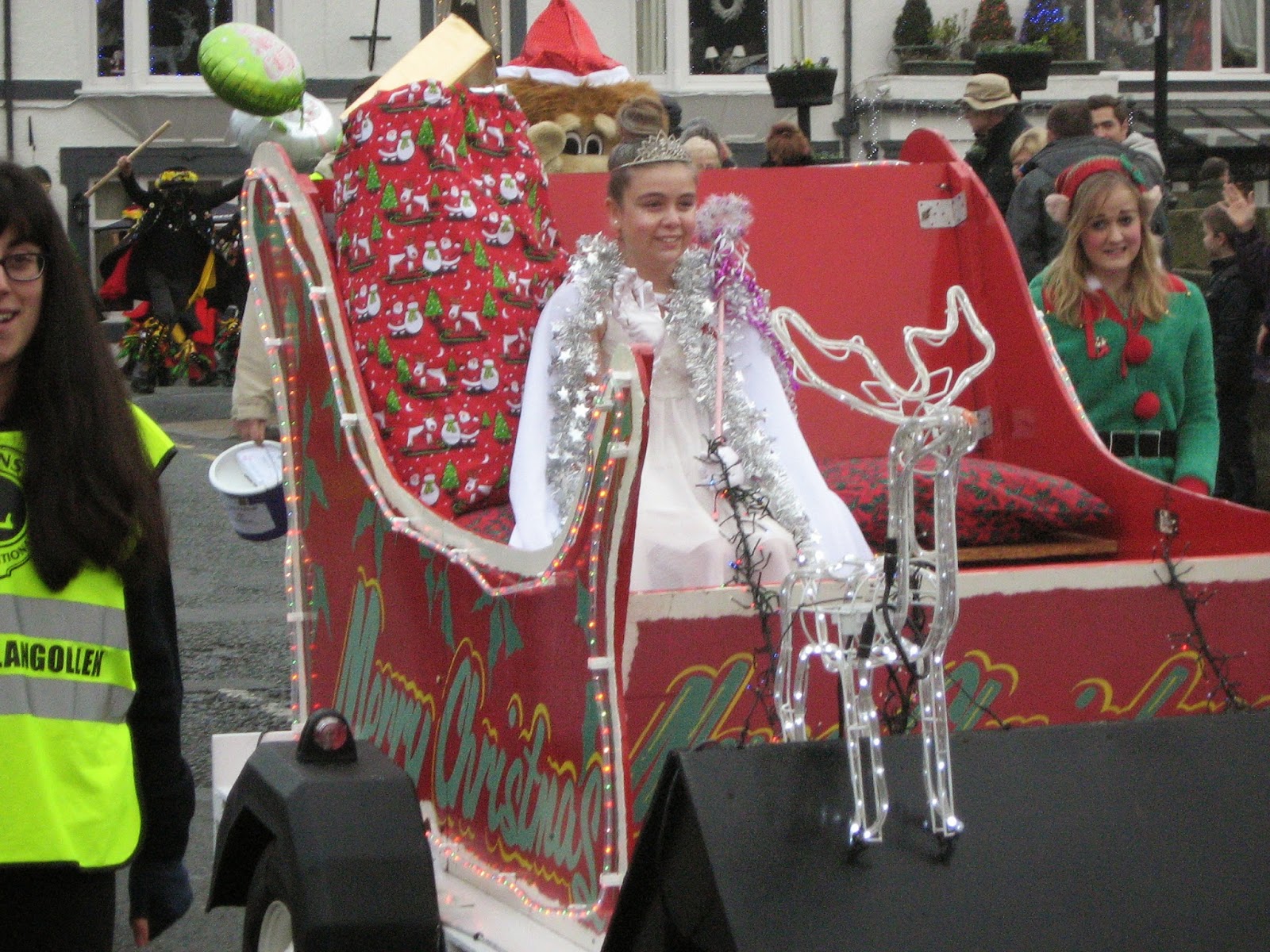 * One of the young stars of the festival arrives aboard her Christmas conveyance. 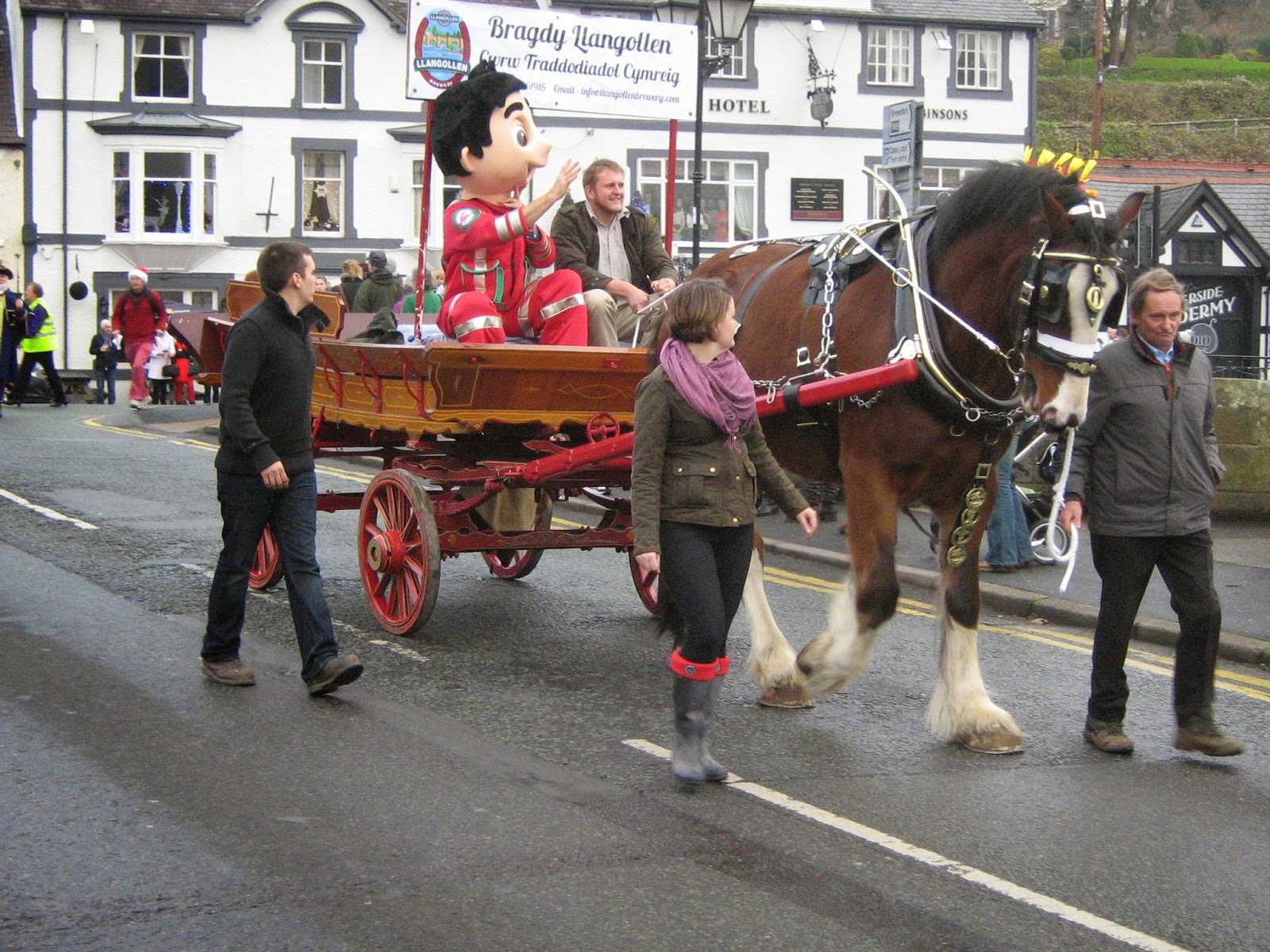 * A horse-drawn dray wagon from Llangollen Brewery pleases the crowds. 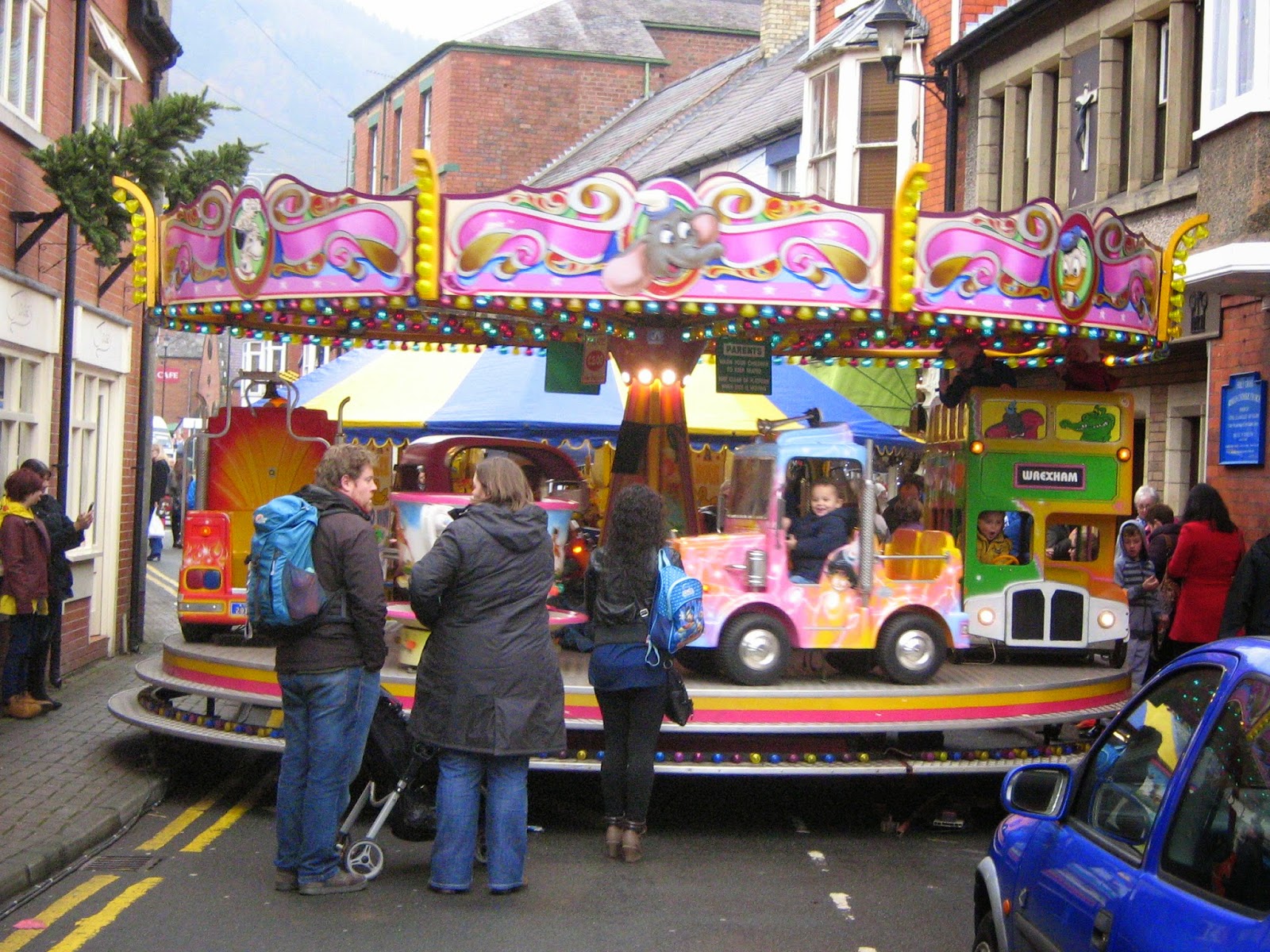 * A magic roundabout attracts the kids in Oak Street. * Charlie, Shirley, Karen and Rebecca, who staged various events to raise cash for extra Christmas lights in the town centre, were invited to switch on the display just after 5pm. 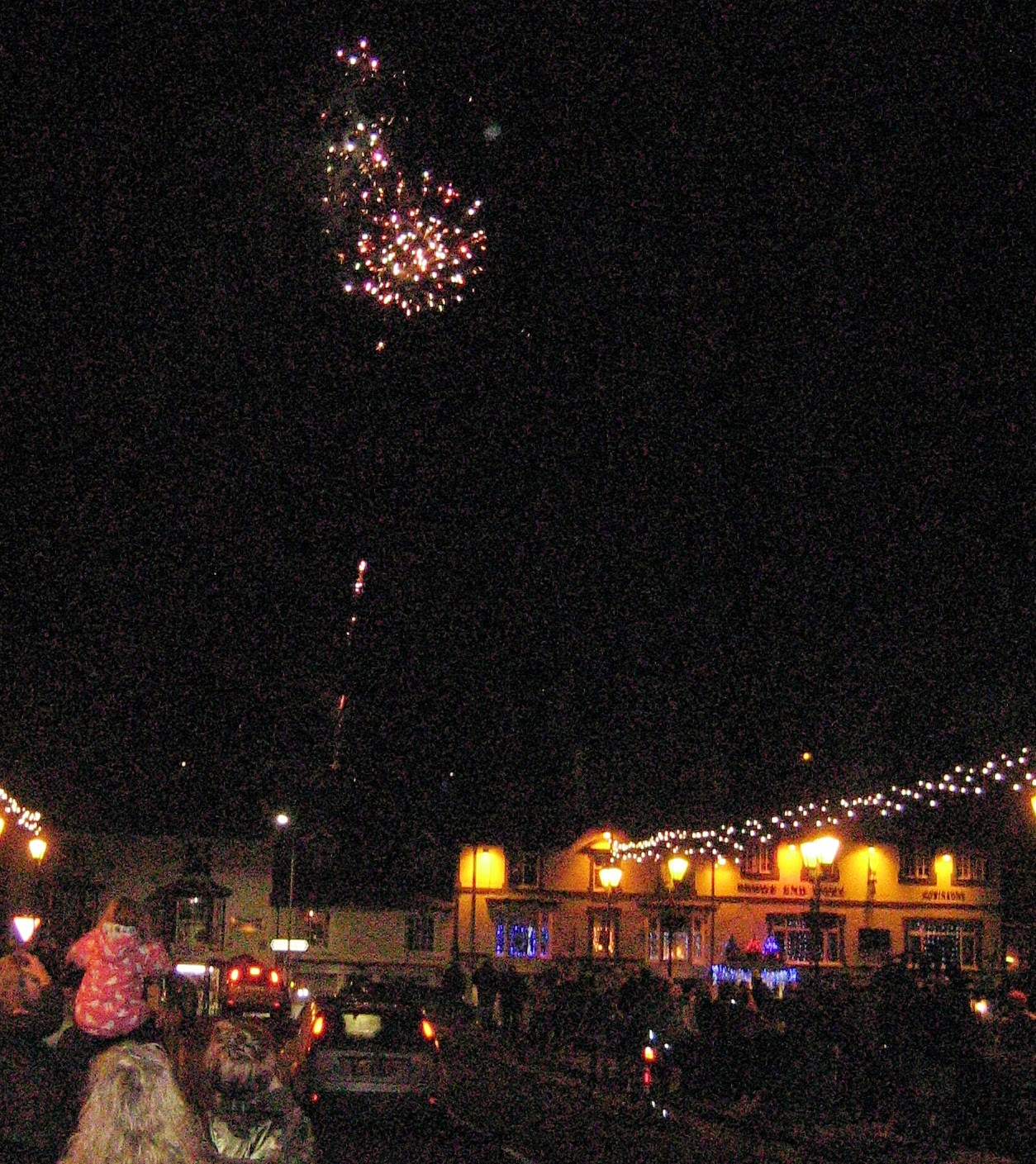 * A grand fireworks display rounds off the festival. 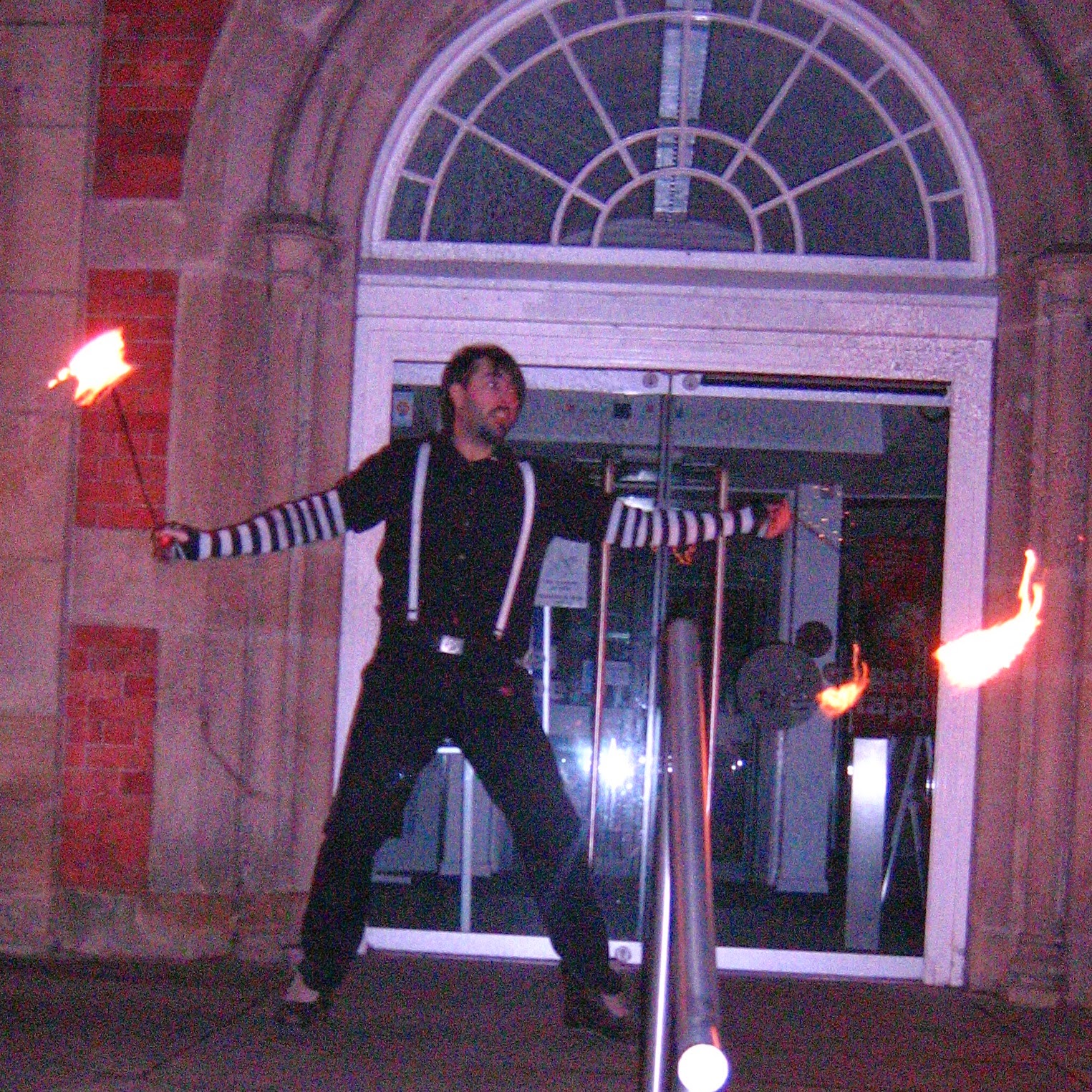 * A circus performer does tricks with fire.
Posted by llanblogger at 6:07 PM