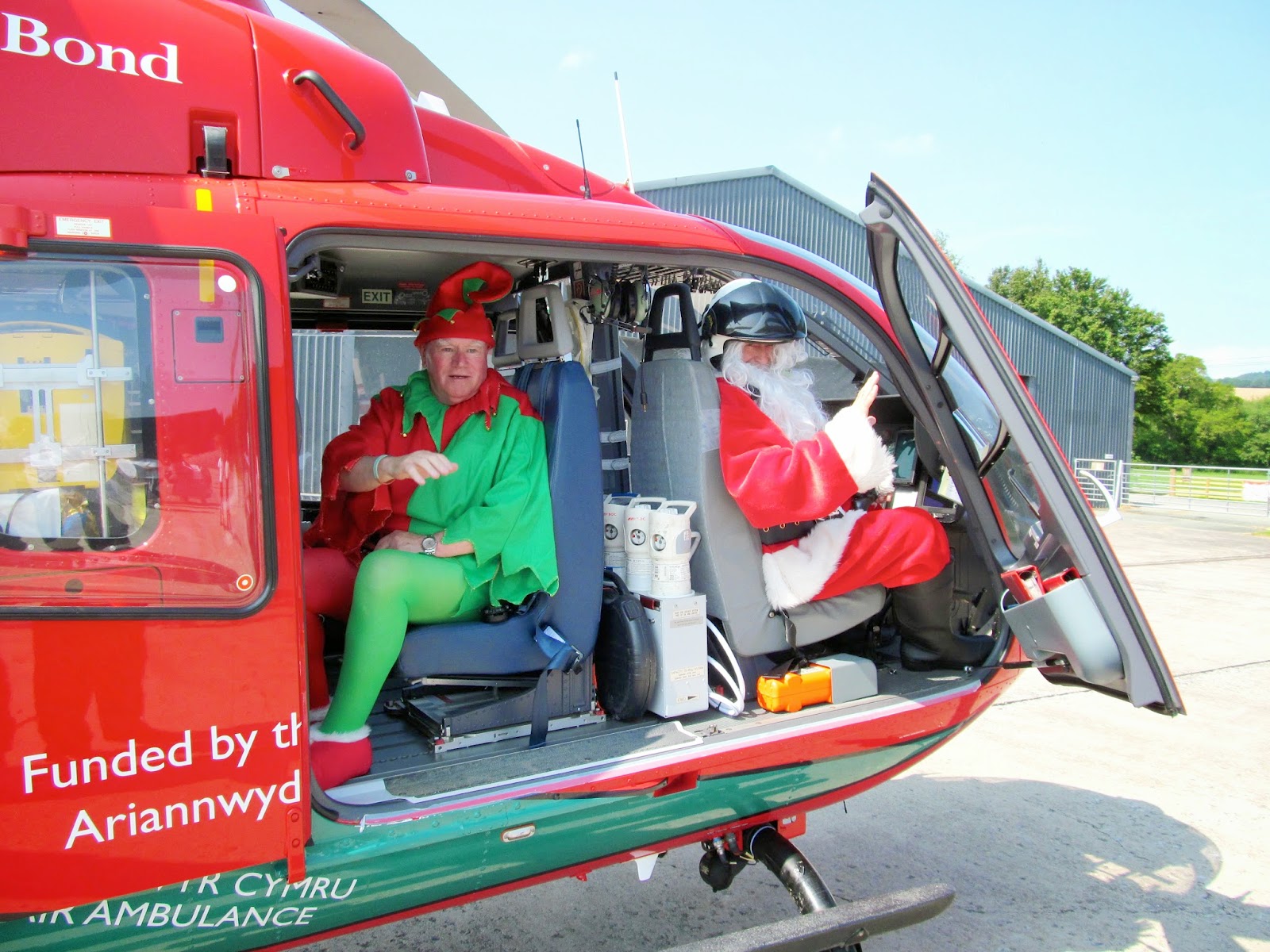 * Santa and faithful “helfer” Gorgeous George board the Wales Air Ambulance for their flight to Llangollen.


SANTA chose a high-flying way to check out the route he’ll be taking into Llangollen’s annual Christmas Festival later this month.


He winged his way over the famous tourist town aboard a helicopter provided by the Wales Air Ambulance, the charity which will benefit from the big seasonal show on Saturday, November 29.


Santa – known in Wales as Sion Corn – always tries to find a novel way of getting to Llangollen and last year he and his trusty elves braved the rapids of the River Dee to reach their destination.
This year with the help of the Air Ambulance and Gorgeous George, his faithful “helfer”, he took to the skies to check the airspace over Llangollen.


Swooping and soaring above the town they traced the route he will take before joining the traditional festival parade and later handing out presents to children waiting to meet him in the Town Hall.


However, Santa was heard to whisper to George that the helicopter was a bit slow compared to his usual magic sleigh and couldn’t even disappear!


The parade starts at 1pm and the Christmas lights will be switched on at 5pm followed by a spectacular fire dance and fireworks.
Posted by llanblogger at 8:12 AM