Vote for schemes to support with collared villains' cash 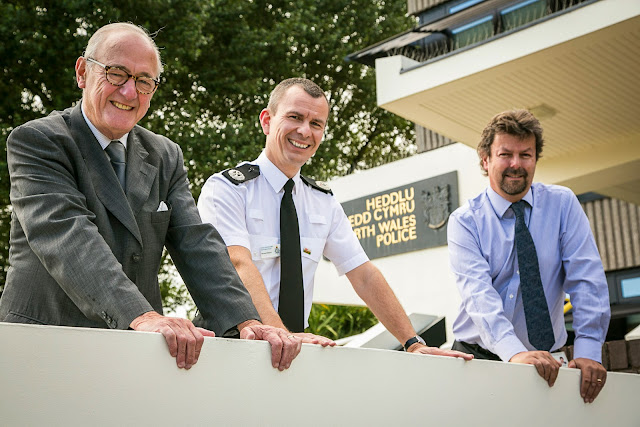 Voting lines are open for people across North Wales to choose which local community group they want to support - using cash seized from criminals.


A total pot of £42,000 is up for grabs as part of a new scheme set up by North Wales Police and Crime Commissioner Winston Roddick to reward groups which help tackle anti-social behaviour and combat crime and disorder.
The Your Community, Your Choice initiative is being supported by North Wales Police and the North Wales Police and Community Trust (PACT).
Two groups in each of the six counties will get £3,000 apiece and a £6,000 prize will go to the winning  organisation that operates across North Wales.
People will be able to vote via the websites of the North Wales Police and Crime Commissioner and North Wales Police from November 10 to December 12.
The prize money includes cash confiscated from criminals through the Proceeds of Crime Act, with the rest coming from the Police Commissioner.
Mr Roddick said: "This scheme has been designed to benefit community groups across North Wales and at the same time hit villains where it hurts them most - in the pocket.
"This is a first class scheme which brings the police and the community closer together and  gives an opportunity for the community to decide how they would like to see the funds we’ve confiscated from criminals spent in their community.
"The message to criminals is abundantly clear - we will seize their ill-gotten gains and use the money for the benefit of the communities from which the money was taken in the first place.
"We have had some fantastic entries which underlines how much excellent work is happening across North Wales in terms of reducing crime and disorder and making  North Wales an even safer place to live, work and visit."
Assistant Chief Constable Richard Debicki was equally enthusiastic.
He said: “This is an excellent scheme which allows members of the public and local organisations right in the heart of communities to bid into a fund and to be part of the solutions to crime and disorder in their area.
"It is deeply satisfying that money taken out of the hands of criminals is being put back into the community in this way.
"Our aim is to drive home the message that crime doesn't pay and that the Police and the Commissioner are listening to people's concerns and then acting on them.
"This is about the local community and local organisations working together and working with the police to put things in place at a local level in order to tackle the issues which matter to the public most."
PACT manager Dave Evans explained "We want to see as many people as possible voting for the schemes they would like us to support.
"We are delighted that we have had some particularly high quality applications from across North Wales.
“The Your Community, Your Choice initiative gives us the opportunity to engage with a wide variety of community groups and also importantly gives our local neighbourhood policing teams the opportunity to engage with those groups and support them with those projects that they want to run."
Details about how to vote for your chosen community group can be found at www.northwales-pcc.gov.uk or www.north-wales.police.uk


Finalists
Locally
The Plas Madoc Association of Volunteers want to run a  three month pilot project, Social Inclusion Futsal League, at Plas Madoc Leisure Centre for teams across the Wrexham area. This will comprise of a weekly competition, the aims and objectives of the league are to reduce crime, engage local young people, offer opportunities for training and C.V. building as well as an overall sense health and well-being.
North Wales
DangerPoint is a safety education and life-skills charity based in Talacre, Flintshire. Working regionally DangerPoint was set up via a public and private partnership to improve safety health and wellbeing of children and young people across North Wales and to encourage them to make positive life choices and not become involved in crime and antisocial behaviour. The Prevent project will build on the Key Stage Three programme aimed at young people in secondary schools, and will target specific groups of young people from youth justice teams and pupil referral units across north Wales.
The Flick Project is part of the VI-Ability Educational Programme which aims to use to use the motivational power of hockey to create safer, stronger and more respectful communities across six local authorities in North Wales through the development of young people’s potential. The activities will include late night rush hockey coaching and wellbeing sessions in targeted areas. Rush hockey is a new and exclusive product of Hockey Wales, and is a new way to play the game that is faster, more intense and focused.
.
North Wales Deaf Association has been working with the Deaf community and with people with hearing loss since 1994. They wish to run five crime prevention workshops in three locations across North Wales. These workshops will be designed to be easily accessible to people with hearing loss and will be designed to cove crime prevention topics which have been identified from feedback received whilst working in the community.
Posted by llanblogger at 7:00 AM