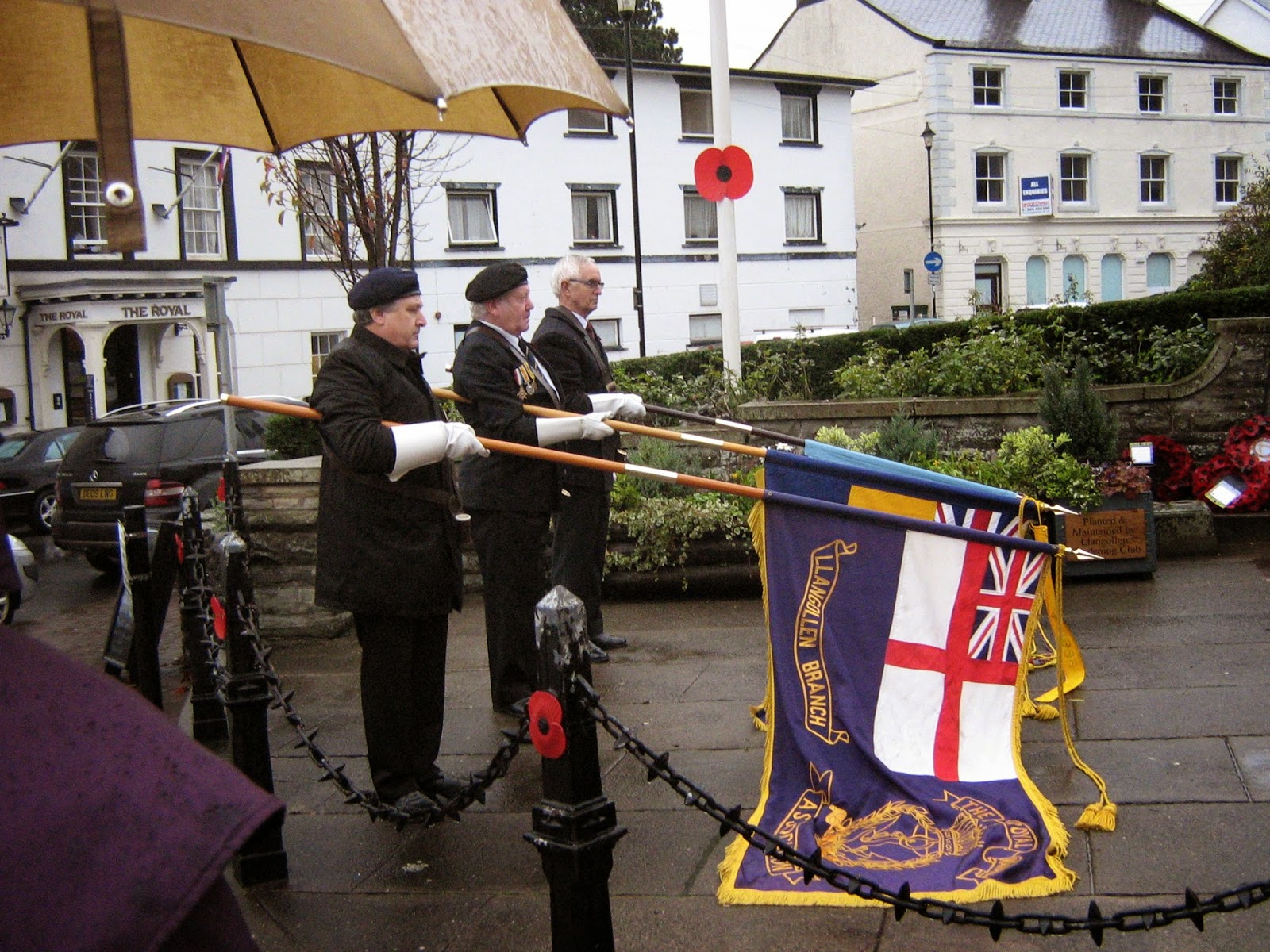 * Standards are lowered during the Armistice Day ceremony.

Llangollen town centre briefly came to a standstill this morning (Tuesday) as people gathered for a short Armistice Day ceremony, marking the point at which the guns fell silent at the end of the First World War at 11am on November 11, 1918.

At the Town Hall clock struck 11, John Lawton of Llangollen branch of the Royal British Legion read out the Ode of Remembrance followed by the Kohima Prayer, which says: "When You Go Home, Tell Them Of Us And Say,  For Their Tomorrow, We Gave Our Today."

British Legion standards were lowered as the ceremony, which was attended by the Town Mayor Cllr Bob Lube, took place. 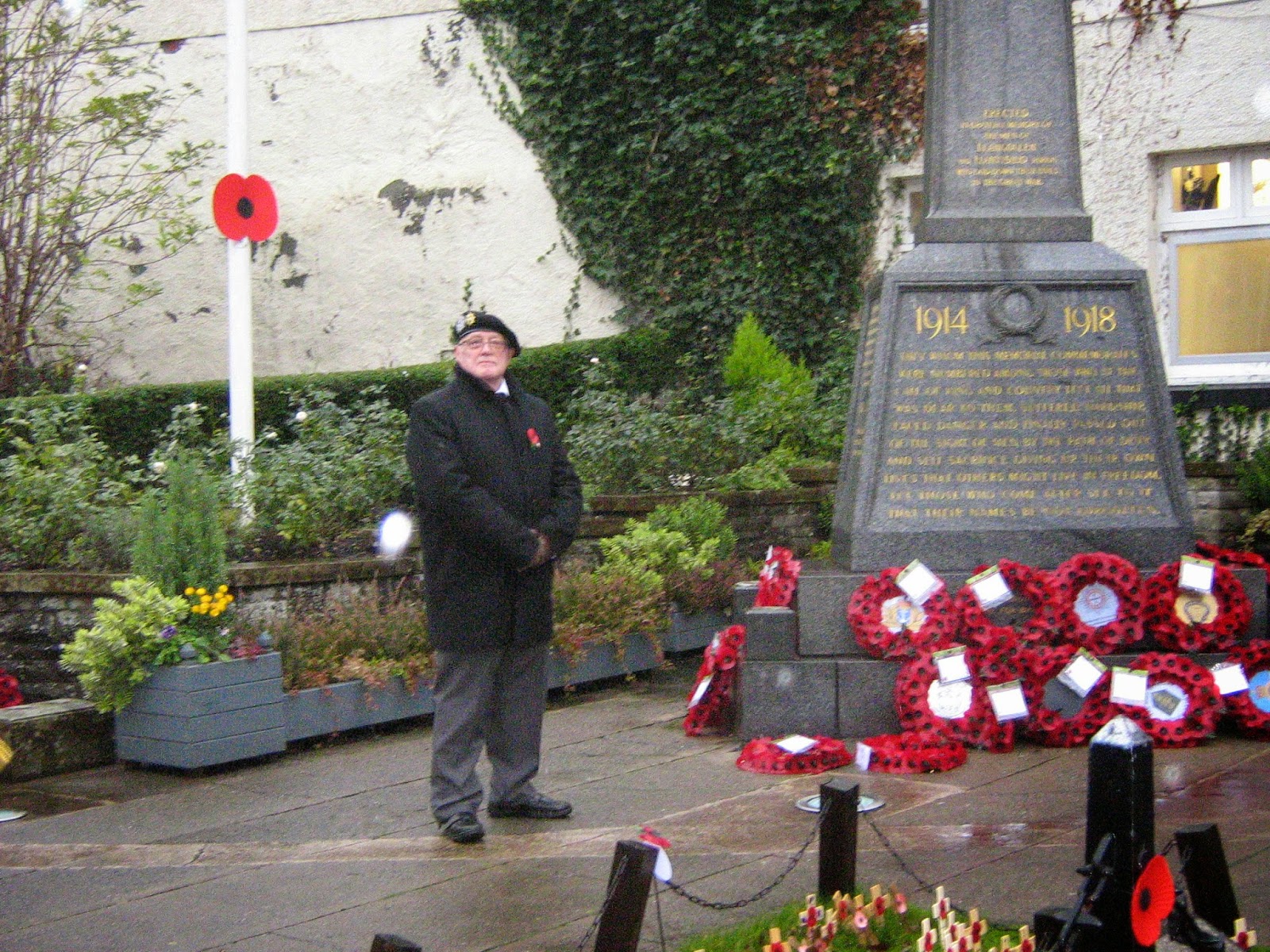 * John Lawton of Llangollen Royal British Legion during the ceremony.