Joanna gets the chance to speak in Parliament 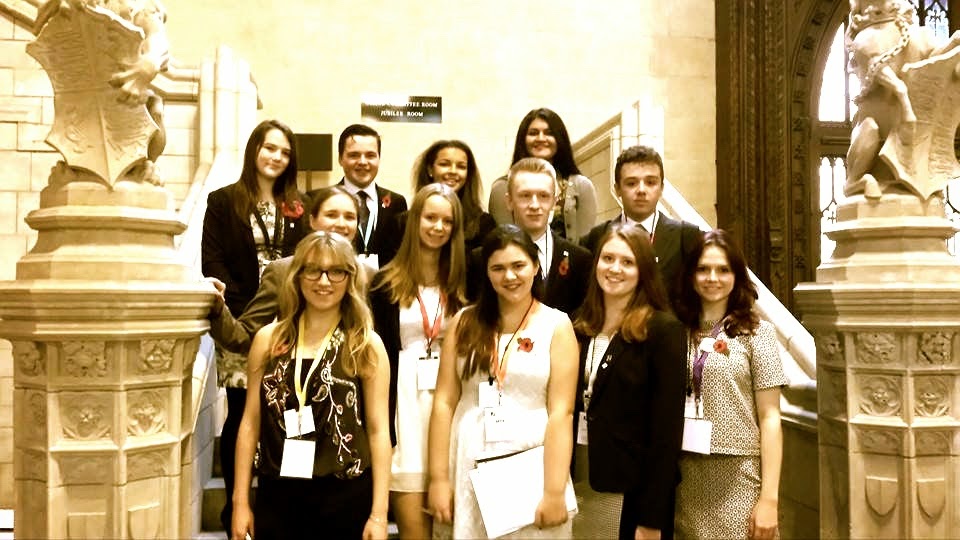 * Joanna Stallard, front row right, in Parliament with the rest of the group involved in the Westminster Debate.

A Llangollen sixth former who may be heading for Cambridge has just been on a memorable visit to Westminster.


Joanna Stallard, 18, daughter of the vicar of the town’s parish church of St Collen’s, journeyed to London to take part in the UK Youth Parliament’s Westminster Youth Debate, organised by the British Youth Council, after winning the privilege of being able to give the commemorative WW1 speech at the dispatch box in Parliament.


Joanna, a pupil at Ysgol Dinas Bran in Llangollen, stood up on live TV to give a talk, in English and Welsh, about the soldier and poet Elis Humphrey Evans, known as Hedd Wyn.


She also had the chance to meet former Foreign Secretary William Hague and House of Commons Speaker John Bercow, even managing to get a selfie picture with him (pictured below left). 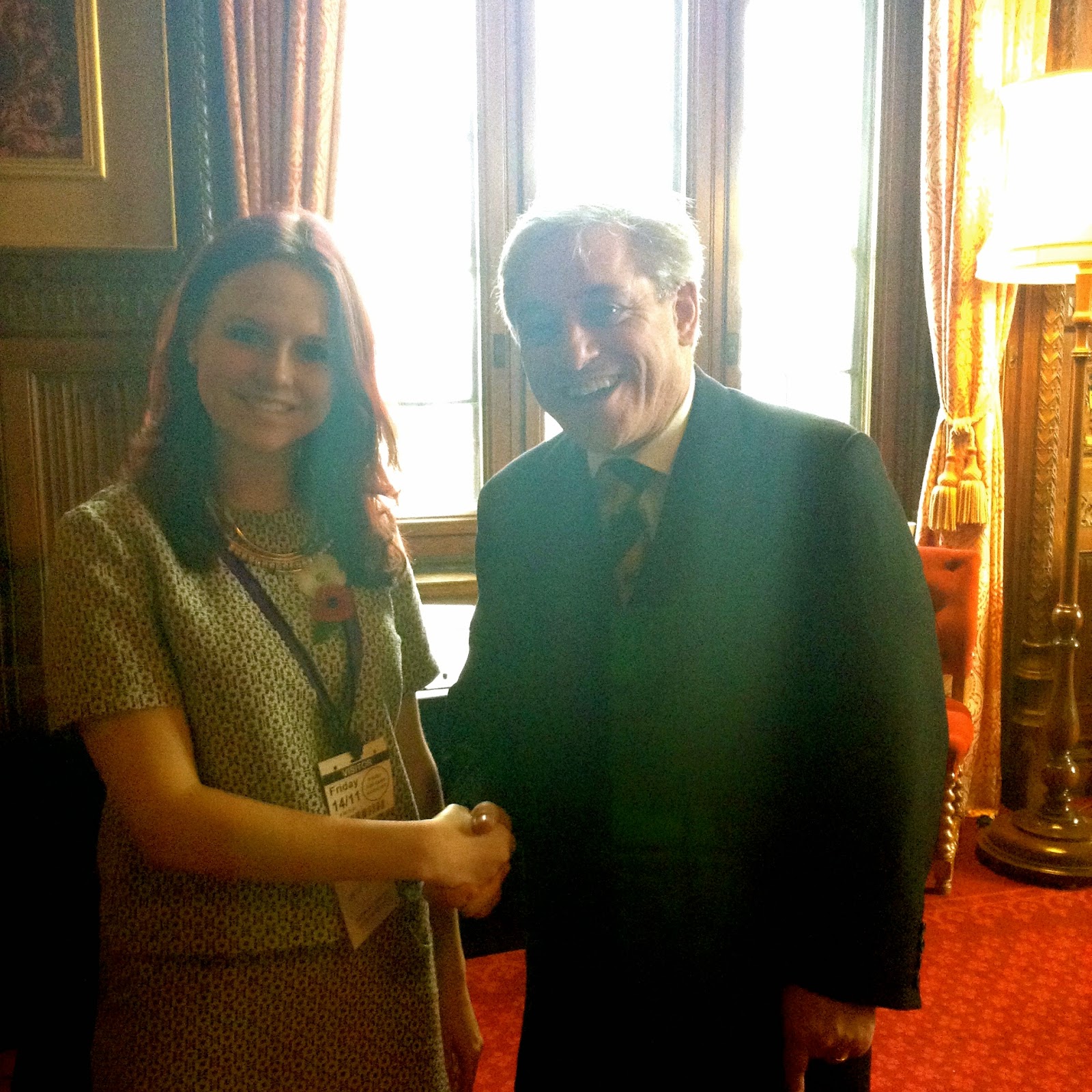 No stranger to public performance, Joanna has appeared a number of times in amateur productions in her home town.


She is also a budding politician and is currently receiving university offers, including Cambridge where she has an interview next month.


Joanne became involved in political events when she was 15 by joining the Denbighshire Youth Council and the former Welsh Youth Parliament (Funky Dragon).


Speaking of her big day in London, she said:  “I had the honour of being one of 24 young people in Wales to attend the UK Youth Parliament's annual Westminster Debate organised by Mr Speaker John Bercow in conjunction with the British Youth Council.


“Along with four other young people from North Wales, I went down on the train to London where we met the group from the south for a meal and catch-up - all expenses paid by the BYC -  before getting a good night's sleep in a central hotel, ready for an early start the following morning.


“After a hearty breakfast we set off promptly to register in Parliament at 9am. There some of our group had the chance to grab a second breakfast, however myself and Avery - who had the prestigious role of being our lead speaker in the Living Wage debate - were quickly swept away to a formal reception with the Rt Hon William Hague MP, Richard Benyon MP and the Rt Hon John Bercow MP.


“There we had a photo opportunity and were able to engage briefly in conversation with these notable figures.


“We then made our way to the chamber, I  felt daunted but equally inspired after that unexpected exchange.


“Luckily, the commemorative speech was first on the agenda, after the parliamentary welcome, so I didn't have enough time to allow fear to completely consume me.


“As John Bercow called out each name I could feel myself shaking as nerves began to build up, I was very aware of what an honour it was to be sat in the hallowed chamber at all, let alone on the front bench meters away from the dispatch box, where so many of my heroes had stood to make iconic speeches previously.”


Joanna added: “This was a once in a lifetime opportunity and a privilege, I knew I could not let myself or my family down. This determination took over as I heard my name called and I made my way over to the dispatch box where I would deliver my message.


“As I arrived there, I felt all of my worries disintegrate, my dream was becoming a reality, I was in awe and loved every second of it. Across from me I could see William Hague, former Secretary of State for Wales, nodding with encouragement as I relayed a story he was clearly familiar with, the story of  a soldier, Elis Humphrey Evans aka Hedd Wyn.


“I tried to incorporate a few sentences in Welsh, as it was important  – it being my mother tongue - to have it incorporated in the Welsh contribution.


“The positive response my story received left me feeling elated and inspired. It confirmed my prior beliefs that politics might be a career I'd like to pursue in the future. I wanted to do it again, to say more, but of course, the time people had to speak was limited, I had been lucky to be among the few who did have the chance to speak and I knew the majority of those who'd wanted to speak had not been fortunate enough, so I was grateful that I had been able to do so thanks to the Welsh competition.


“It is thanks to my school council and the former Welsh Youth Parliament (Funky Dragon) that I was able to get involved in this event.


“I am sad that the funding for the Funky Dragon has been cut and I hope this decision may be overturned. I cannot thank those who helped me enough for having catalysed what I hope will be a successful career in politics in the future.”
Posted by llanblogger at 7:06 AM