Council cuts which could hit Llan 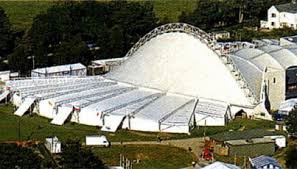 The county council is to look at “more efficient” ways of running Llangollen Pavilion.


Councillors are also to consider reducing funding to the town’s Tourist Information Centre and axing council-run exhibitions in the library.
The measures are part of a major exercise by Denbighshire to slash £10 million from its budget.
The full council has already approved the first phase of the cuts package, which includes a plan to consider making efficiencies in the running of the pavilion to save £25,000.
A council document currently out for public consultation says this could include the creation of a private and public partnership, for certain months of the year, to raise more income and reduce running costs.
Listed under the proposals for the second phase of savings process, which are due to be discussed by councillors in December and next February, is the reduction of funding for Tourist Information Centre including the one in Castle Street, Llangollen, to save £20,000.
Also to be considered under phase two is the ending of council-run exhibitions in library galleries across the county, including Llangollen.
The council document says that this move and the making of some general efficiencies, including spending less on books, would save £302,000.
Full details of the savings proposals can be seen at: https://www.denbighshire.gov.uk/en/your-council/consultations/cutting-our-cloth-proposals-en.pdf
As part of an exercise called Cutting the Cloth, the council is inviting the public to comment on the proposals.
You can do so online at: https://www.denbighshire.gov.uk/en/your-council/consultations/current-consultations.aspx#0
Alternatively, you can also give your views by:
The closing date to tell us your views is Friday 28th November 2014.
Posted by llanblogger at 7:02 AM