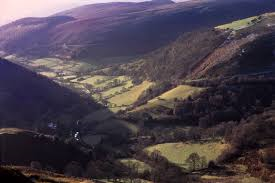 
A LLANGOLLEN county councillor is sounding out public opinion on a proposal he has learned of to consider imposing a 40mph speed limit on the Horseshoe Pass.


Official figures show that over the past five years the busy main A542 route from Llangollen towards Llandegla and Ruthin, which currently has a 60mph limit, has been the scene of 22 collisions involving slight injuries, 10 rated as serious and two which were fatal.
County Cllr Stuart Davies said: “I understand that Denbighshire County Council has had a request to from traffic officers at NWP to impose a 40mph limit on the whole of the Horseshoe Pass, from the Britannia to the cattle grid at Pentre Isaf.
“I’m also told that this ties in with the Welsh Government forcing local authorities to do a review of all speed limits.
“I’m asking for people’s thoughts on this. Do they think it will hinder people going to work over the pass? Do they think it will slow down traffic?
“Do they think it will save lives? Do they think it is a money-making scheme on the part of North Wales Police or the government?
“Do they think it is fair that our council tax should pay - this scheme will cost thousands - for something demanded by North Wales Police and the Welsh Government when we haven't got the budget to revamp our brown tourism signs in Llangollen?”
Cllr Davies added: “There have been a number of accidents in that area over the last five years with two fatalities.
“I am of the view that better enforcement of our existing laws and better education of drivers at the hotspots would slow down traffic and safeguard lives rather than the blunt use of a blanket speed limit over the whole of the pass.”
Cllr Davies has asked for people to send their views to him at: stuart.a.davies@denbighshire.gov.uk
Posted by llanblogger at 8:05 AM