Care home residents tune up for the Eisteddfod 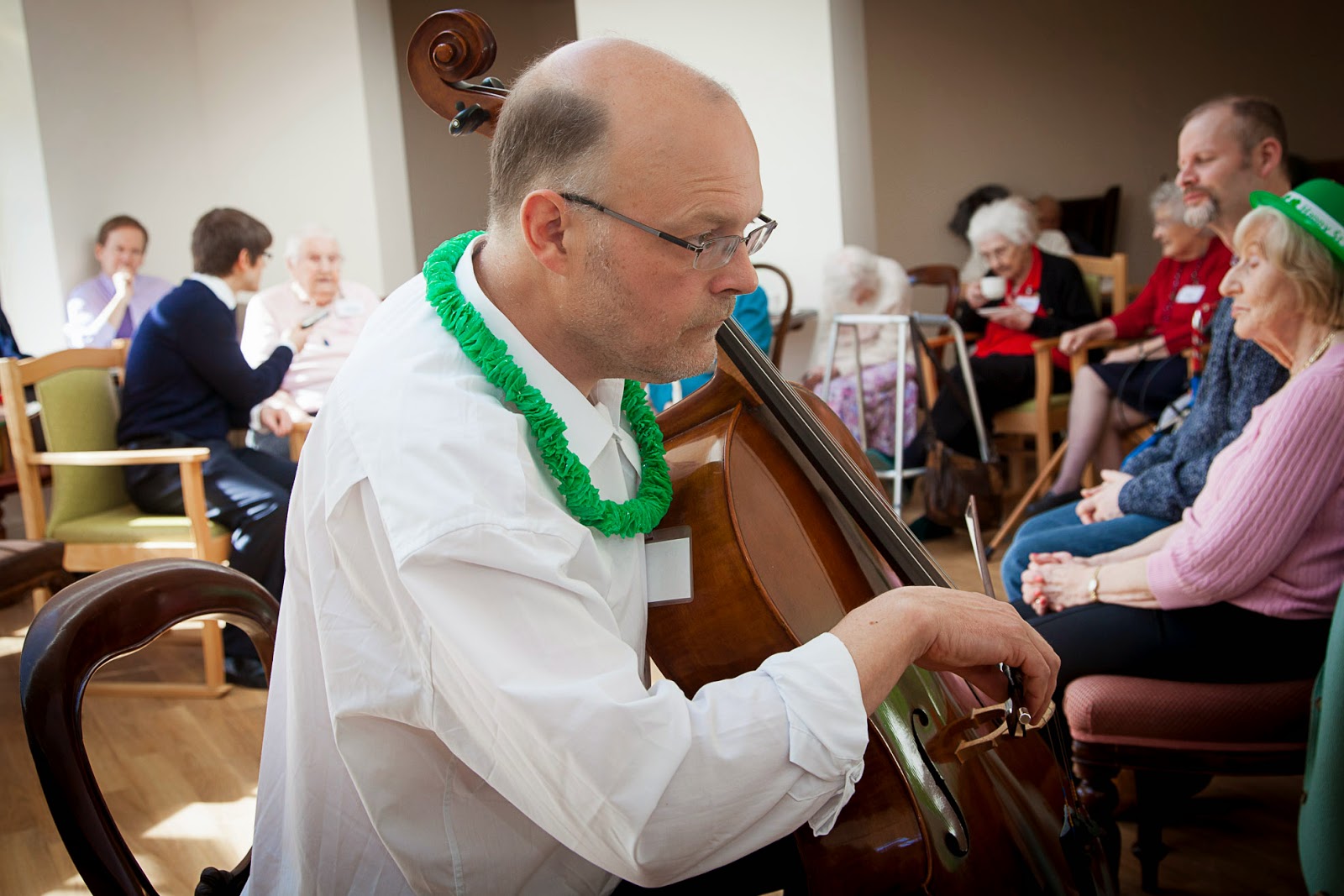 * Pendine Park residents will collaborate with the Halle on a musical workshop.
A group of talented care home residents are teaming up with a world class orchestra to perform at the Llangollen International Musical Eisteddfod.
The melodious group from Pendine Park care organisation, Wrexham, will be collaborating in a musical workshop with the renowned Hallé at the festival on Tuesday, July 8.
The night before Pendine Park is sponsoring a special performance at the Eisteddfod pavilion of Sweeney Todd: the Demon Barber of Fleet Street starring opera superstar Bryn Terfel.
Bryn, who earned rave reviews when he did Sweeney Todd on Broadway with Oscar-winning actress Emma Thompson, will be sharing the Llangollen stage with top tenor Wynne Evans, the star of the Go Compare TV ads.
Preparations for the workshop are well underway as Pendine Park artist in residence Sarah Edwards explained: “Each of the homes will get a country as a theme, and they will then produce artwork, poetry, musical pieces, to tie that theme together.
“I’m really excited about the workshop at the Llangollen Eisteddfod. We can’t wait and feel privileged to be a part of such a renowned festival.
"The work we do with the Hallé is an integral part of our enrichment programme and also has a key role in our personal training and staff development.
"Unlocking the creativity within our staff can also help them do the same with our residents."
Marian Williams, 93, a resident at Gwern Alyn care home, said: “I’ve been getting involved and by conducting and moving my arms a lot. The musicians from the Halle are very talented. They come here often and I like that. I enjoy the conducting and getting involved with the music.”
Steve Pickett, Education Director of the Hallé,  said: “We’ve worked with the residents at Pendine Park for a number of years and having the opportunity to then showcase that activity to the public and to show what these people can do, not to concentrate on what they can’t do, I think is a really brilliant.
“The Llangollen International Musical Eisteddfod is renowned worldwide and for Pendine to have its spot on that is an opportunity not to be missed so we are going to be putting as much into that as we possibly can. It’s a very exciting prospect.”
The three Hallé maestros working with the residents were violinist, Caroline Abbott, oboe/keyboard player Hugh McKenna, a former army man who is also an Ironman Triathlon athlete who has competed in New Zealand, and cellist, David Petri.
David, a regular visitor to Pendine Park, said: “Pendine Park has helped buy some instruments for the residents to use in the sessions. Music is a very powerful memory tool.
Someone who cannot talk can still express themselves through music, even if it is just moving their hands or fingers.
“This is one of the best things we do, it’s very rewarding.”
Sarah added: “The Hallé are amazing. They’re world class musicians and they treat our residents with dignity and respect. They’ve got such brilliant manners and we just couldn’t ask for better.
“It makes a huge difference to residents to be able to enjoy such fantastic music.
“You can see a visible difference in them. Some of them respond when they haven’t previously responded to anything because it helps evoke memories.
“It helps to relax them and it’s invaluable to our enrichment programme at Pendine where we would like to make a difference to people’s lives and this is a way of doing that.
“We’re able to see and note changes in people and you can’t quantify that really. Changes like lifts in moods, people get more responsive, they’re generally happier, they engage more, and that’s invaluable to a person’s quality of life.
“What we are keen to work to is provide the best quality of life for our residents, and the Hallé project exactly fits in with that ethos.”
The curtain raiser for this year's Eisteddfod will mark the return of opera superstar Bryn Terfel to Llangollen.
The acclaimed bass baritone will be playing the lead in a special English-language production of Stephen Sondheim's Sweeney Todd: The Demon Barber of Fleet Street.  The show will also star top tenor Wynne Evans, otherwise known as Gio Compario in the Go Compare TV ads.
This year's will also feature concerts by Dutch jazz sensation Caro Emerald and veteran British rockers Status Quo as well as a world premiere of a new work, Adiemus Colores, by top composer Karl Jenkins.
He will conduct his Latin American themed work with American tenor Noah Stewart, Venezuelan trumpeter Pacho Flores and Latvian accordion player Ksenija Sidorova to the accompaniment of the Llangollen International Eisteddfod Orchestra.
The Friday night concert, Spirit of Unity, will feature the Cape Town Opera, Africa’s premiere opera company, famed for their "vibrant vocalism and high-octane stage performances".
Appearing with them will be Wales’ representative in Cardiff Singer of the World, Gary Griffiths, the Wales Millennium Centre Only Kids Aloud Chorus under the baton of celebrity conductor Tim Rhys Evans and British Sinfonietta, one of the UK's leading independent professional orchestras.
The Choir of the World competition for the Pavarotti Trophy on the Saturday night is the blue riband event of the week-long festival which will close with a Sunday night concert by Status Quo.
To book tickets and for more details about the urban dance competition go to the website at www.international-eisteddfod.co.uk
Posted by llanblogger at 8:14 AM