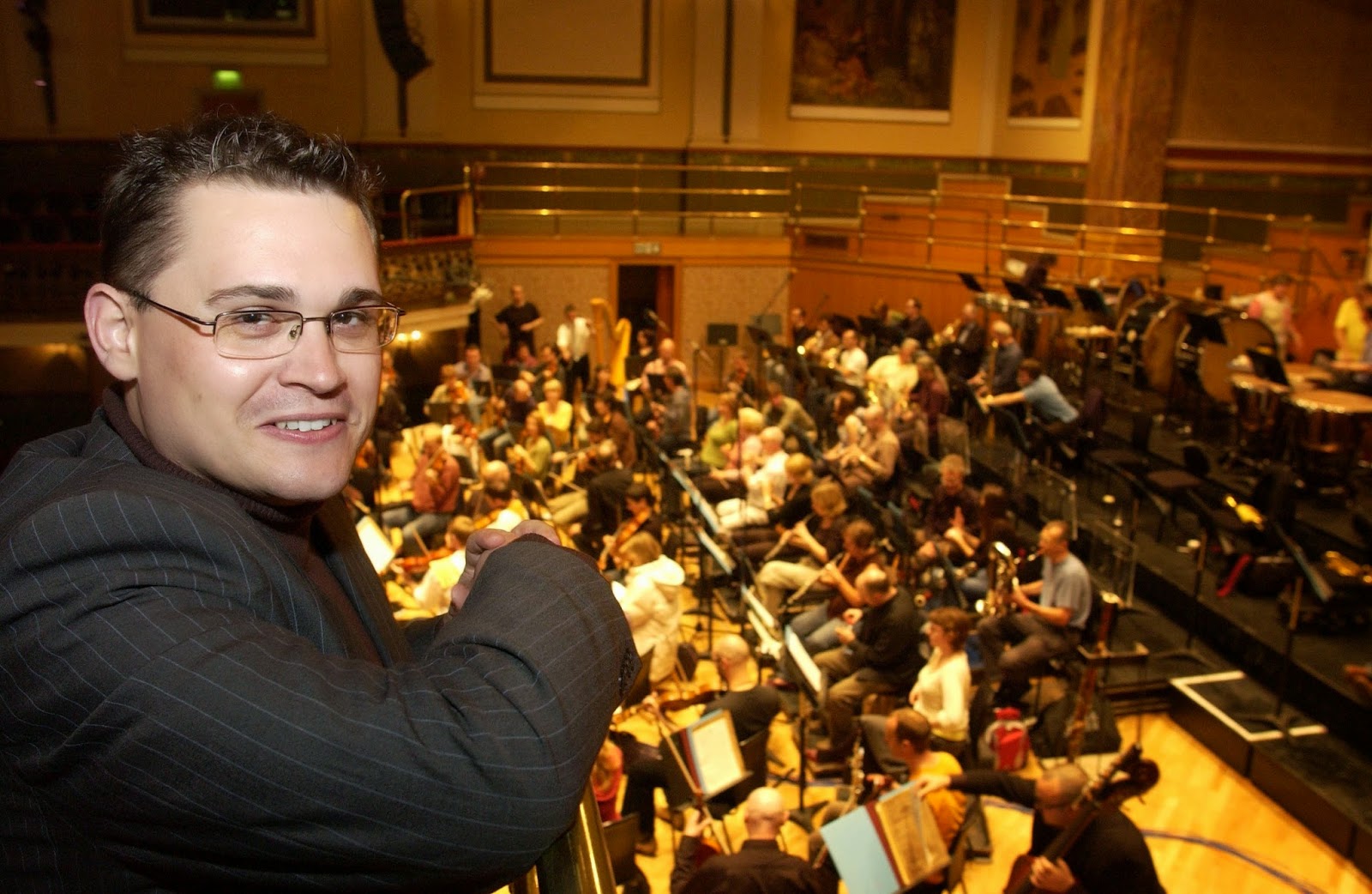 * Paul Maelor has collaborated on a special tribute to Nelson Mandela.

Royal composer Paul Mealor has teamed up with a top poet from North Wales for a special tribute to Nelson Mandela.

The European premiere of the new work, Spirit of Hope, will be at the Llangollen International Music Festival at a concert on Friday, July 11.

Professor Mealor, who was brought up in Connah's Quay, collaborated with poet Dr Grahame Davies, who hails from Coedpoeth, near Wrexham.

The piece will be performed by the Wales Millennium Centre’s Only Kids Aloud Chorus alongside the independent professional orchestra, British Sinfonietta.

According to Paul Mealor, who was commissioned by Prince William to compose some of the music performed during his and Catherine Middleton’s wedding ceremony, the Only Kids Aloud Chorus will bring the Llangollen house down.

He said: “Spirit of Hope is a three movement piece for orchestra and choir. The first movement is the setting for a poem by Wales’ Grahame Davies. He is, in my opinion, one of the nation’s best poets. His wonderful poem, Good Hope, draws its inspiration from South African landmarks.

“It so beautifully describes the mountains, plains and rugged shoreline of what is a stunning country.

"I worked with Grahame  when I composed A Welsh Prayer to mark the 65th birthday of HRH the Prince of Wales which was performed for the first time at St Asaph Cathedral during the North Wales Music Festival.

“Grahame, who is a wonderful poet, writer and novelist, wrote the words for that piece too and they were just as emotive and joyful.”

He added: “The second movement is based around the words of Tagore, an Indian mystic poet, and is about the power of music and how music can take us home.

“The third movement is from the poem Invictus by William Henley and contains the line, I am the master of my fate and the captain of my soul. Nelson Mandela had this on his cell wall at Robben Island during his long years of imprisonment and we know it was a favourite poem of his.

“The whole evening will be dedicated to the memory Nelson Mandela, his legacy and the power of hope.”

“It goes to show that Llangollen truly is an eisteddfod that has peace and unity right at the very top of its agenda.

“The whole evening will be a celebration of South Africa and Wales extending the hand of friendship. And the fact that friendship will endure across the vast expanses of water that separate our two nations.

“Spirit of Hope was commissioned by Only Kids Aloud Chorus as they wanted a brand new piece they could perform on a spring tour of South Africa.

“The chorus are to perform two concerts in Cape Town with Bryn Terfel to mark the 20th anniversary of the end of apartheid. Then, in July, they will be on stage at Llangollen for what will be a wonderful concert.

“Having listened to Only Kids Aloud rehearsing Spirit of Hope I have to say it is just beautiful and I guarantee it will be one of the absolute highlights of the 2014 Llangollen International Eisteddfod.”

Prof Mealor, who also wrote the music for Wherever You Are, the Military Wives’ 2011 Christmas number one hit, says he wrote Spirit of Hope on a Christmas break on Anglesey.

He said: “I’ve been a Professor of Music at Aberdeen University since 2003 but have always kept a home on Anglesey. I like to get back to Wales whenever I can as that’s where I think I compose my best work.”

Paul Mealor studied composition before reading music at the University of York and Copenhagen with the Royal Danish Academy of Music.

Now 38 he lectures in music at the University of Aberdeen but remains fiercely loyal to his Welsh roots.

He said: “I head back to North Wales whenever I can. There is nothing better than sitting at my piano at my Anglesey home and composing music.

“The three poems that make up each movement in Spirit of Hope are so special and awe-inspiring. I just sat at the piano and looked for the music within the words of the poems.

“I hope the audience believes my music does justice to the beautiful words of Grahame Davies, Tagore and William Henley and the wonderful voices of the Only Kids Aloud Chorus. It really will be a magical Llangollen evening.”


The curtain raiser for this year's Eisteddfod will mark the return of opera superstar Bryn Terfel to Llangollen.
The acclaimed bass baritone will be playing the lead in a special English-language production of Stephen Sondheim's Sweeney Todd: The Demon Barber of Fleet Street.  He will be joined by the supremely talented tenor Wynne Evans aka Gio Compario in the Go Compare TV ads.
This year's Eisteddfod will also feature concerts by Dutch jazz sensation Caro Emerald and veteran British rockers Status Quo as well as a world premiere of a new work, Adiemus Colores, by top composer Karl Jenkins.
He will conduct his Latin American themed work with American tenor Noah Stewart, Venezuelan trumpeter Pacho Flores and Latvian accordion player Ksenija Sidorova to the accompaniment of the Llangollen International Eisteddfod Orchestra.
The Choir of the World competition for the Pavarotti Trophy on the Saturday night is the blue riband event of the week-long festival which will close with a Sunday night concert by Status Quo.
To book tickets and for more details about the urban dance competition go to the website at www.international-eisteddfod.co.uk
Posted by llanblogger at 7:36 AM